A remote island in Japan, some 180 kilometers south of the capital Tokyo, is hoping that recent recognition by a U.S.-based nonprofit organization of its efforts to preserve its starry night skies will be a boon for local tourism.

The village of Kozushima, part of the Izu island chain, is the first in Tokyo to be certified in early December as an "international dark sky park" by the International Dark-Sky Association, an Arizona-based group founded by astronomers to prevent light pollution. 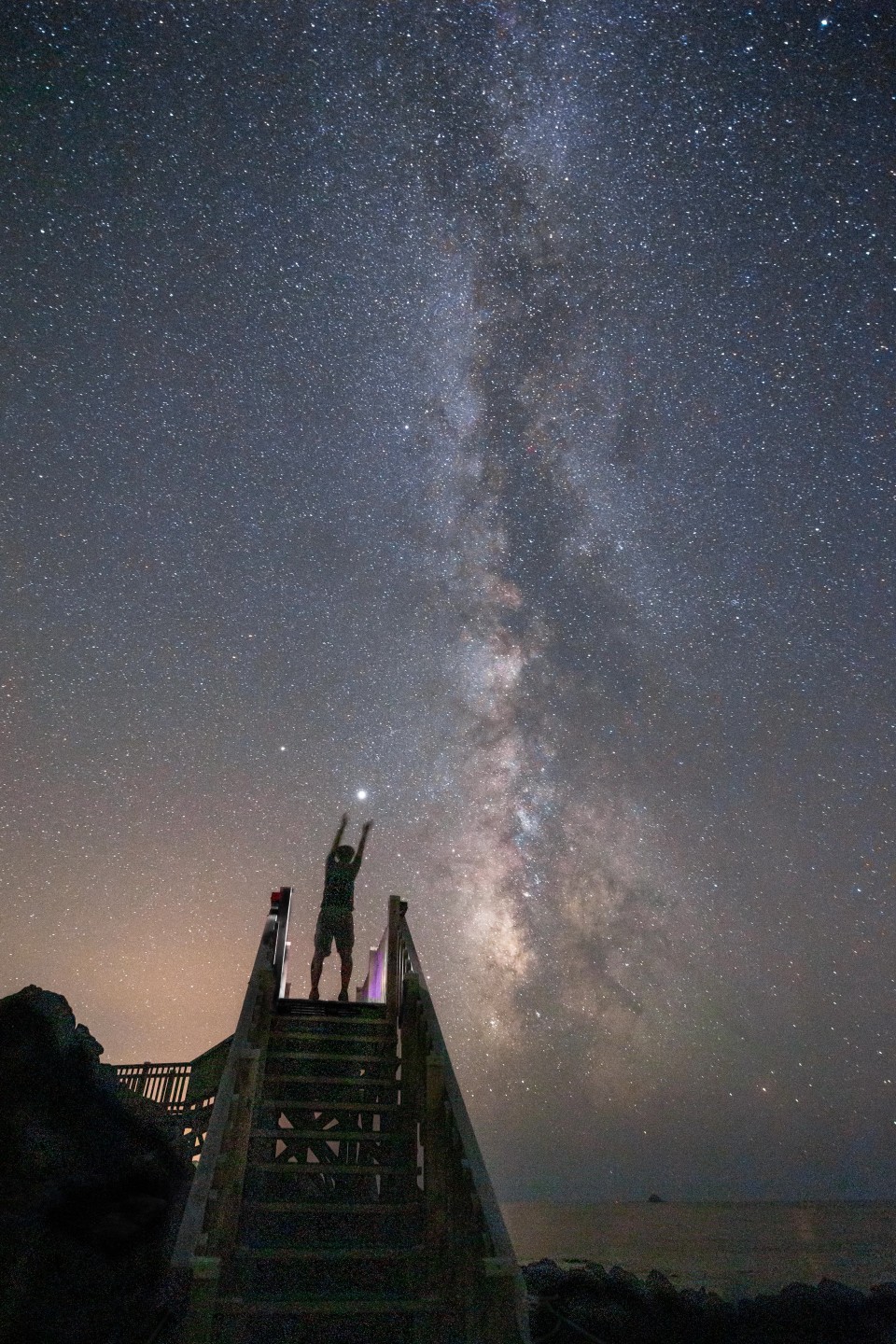 A starry night sky in Kozushima village on Aug. 20, 2020. (Photo by Wataru Furuya)(Photo courtesy of Kozushima)(Kyodo)

"We are very proud of the work that Kozushima has done to reverse the trend of light pollution and protect dark skies in Japan," Ruskin Hartley, executive director of the association, said on the group's website.

Hartley added the island "now serves as a great example of how to effectively reduce light pollution and responsibly use outdoor lighting."

Early this year, the village introduced new ordinances to preserve its starry night skies and prevent light pollution by limiting the brightness of outdoor lighting. For example, lighting fixtures on the road are installed in a way that the light does not spread upward, said Norimasa Ogawa, a village official.

The association describes an "international dark sky park" as "land possessing an exceptional or distinguished quality of starry nights and a nocturnal environment" that is protected for scientific, natural, educational, cultural heritage.

The 18 square-kilometer-area island is a four-hour boat ride from Tokyo or 30 minutes by air and is known as a recreational area for summer. Visitors also enjoy stargazing tours.

"On top of summer visitors, we hope more visitors at home and abroad will come during winter to see the night skies," Ogawa said.

In a press release after the recognition, Hiroshi Maeda, mayor of Kozushima village, vowed to "preserve Kozushima's beautiful starry sky for generations to come."