Bruno Mendes kept Cerezo Osaka poised for a top-three finish Saturday with a goal in each half of a 3-1 victory against Consadole Sapporo in the J-League first division.

Hiroshi Kiyotake also found the net for Cerezo in their fourth-last match of the J1 season, while Jay Bothroyd was on target for the hosts at Sapporo Dome.

With their third straight win, Miguel Angel Lotina's men stayed in fourth place, one point behind second-place Nagoya Grampus and third-place Gamba Osaka, but with a game in hand over both.

Grampus kept up their bid for the top three and an Asian Champions League berth by beating Kashiwa Reysol 1-0, while Gamba are scheduled to play the third-last game of their campaign against 16th-place Shonan Bellmare on Sunday.

After heading home the winner in Cerezo's previous outing, a 1-0 defeat of Yokohama FC on Sunday, Mendes once again took to the air to open the scoring against Sapporo. 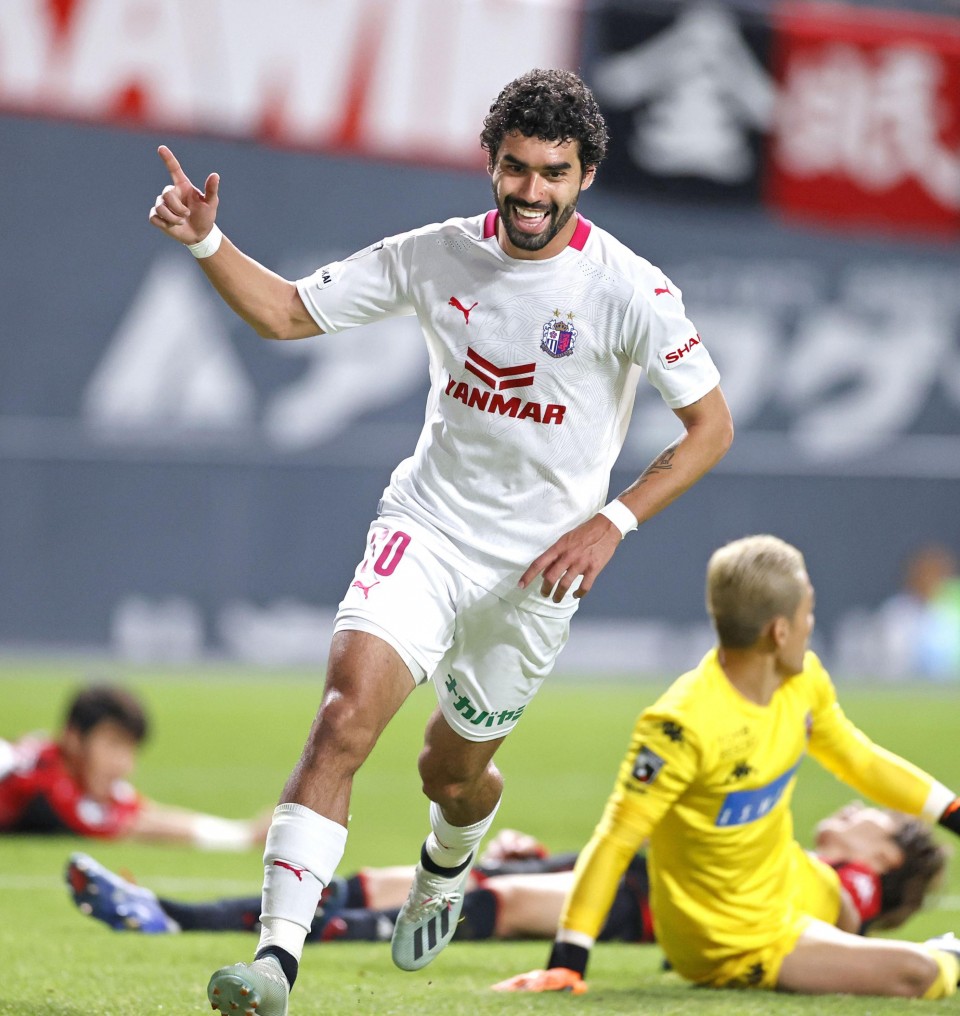 The 26-year-old forward from Brazil glanced a header past Sapporo keeper Takanori Sugeno off a deftly chipped short cross from Riku Matsuda in the 40th minute.

It was third time lucky for Mendes, who saw two earlier headed attempts stopped by Sugeno.

Kiyotake made it 2-0 in the 54th minute, beating the offside trap and firing home from the middle of the area off a long ball from Naoyuki Fujita.

One-time England international Bothroyd cut the deficit with a header from the center of the box in the 65th minute.

But Mendes sealed the victory for Miguel Angel Lotina's men when he tapped in a cross from substitute Yuta Toyokawa with 10 minutes left in regulation.

"Our opponents were very strong today, so scoring three goals against them is something to be very happy about," Mendes said. "I'm also very glad we were able to secure the three points."

Following a first half in which both sides had near misses, Yuki Soma poached the winner for Grampus in the 51st minute at a drizzly Sankyo Frontier Stadium.

Soma poked home from directly in front after Kashiwa keeper Kim Seung Gyu fumbled what should have been a routine take on a ball over the top from Sho Inagaki.

With just two league games remaining, Massimo Ficcadenti's squad will need either of the Osaka sides to drop points in order to finish in the top three.

Sagan Tosu came back for a 1-1 draw against Yokohama FC after late substitute Renzo Lopez leveled the scores in the 86th minute at Nippatsu Mitsuzawa Stadium.