It has been over 25 years since the hit anime series "Neon Genesis Evangelion" first aired on Japanese television, but a constant stream of merchandise, collaborations and a rebooted film tetralogy means its legacy remains strong.

And now, with the long-awaited final installment of the "Rebuild of Evangelion" movie series slated for theatrical release on Jan. 23, fervor among fans is once again on the rise.

After being delayed from summer 2020 due to the coronavirus pandemic, "Evangelion: 3.0+1.0: Thrice Upon A Time" comes more than eight years after the release of the third movie "Evangelion: 3.0 You Can (Not) Redo," which was the fourth highest-grossing homegrown film in Japan for 2012, raking in around 5.3 billion yen ($51 million) in box-office sales. 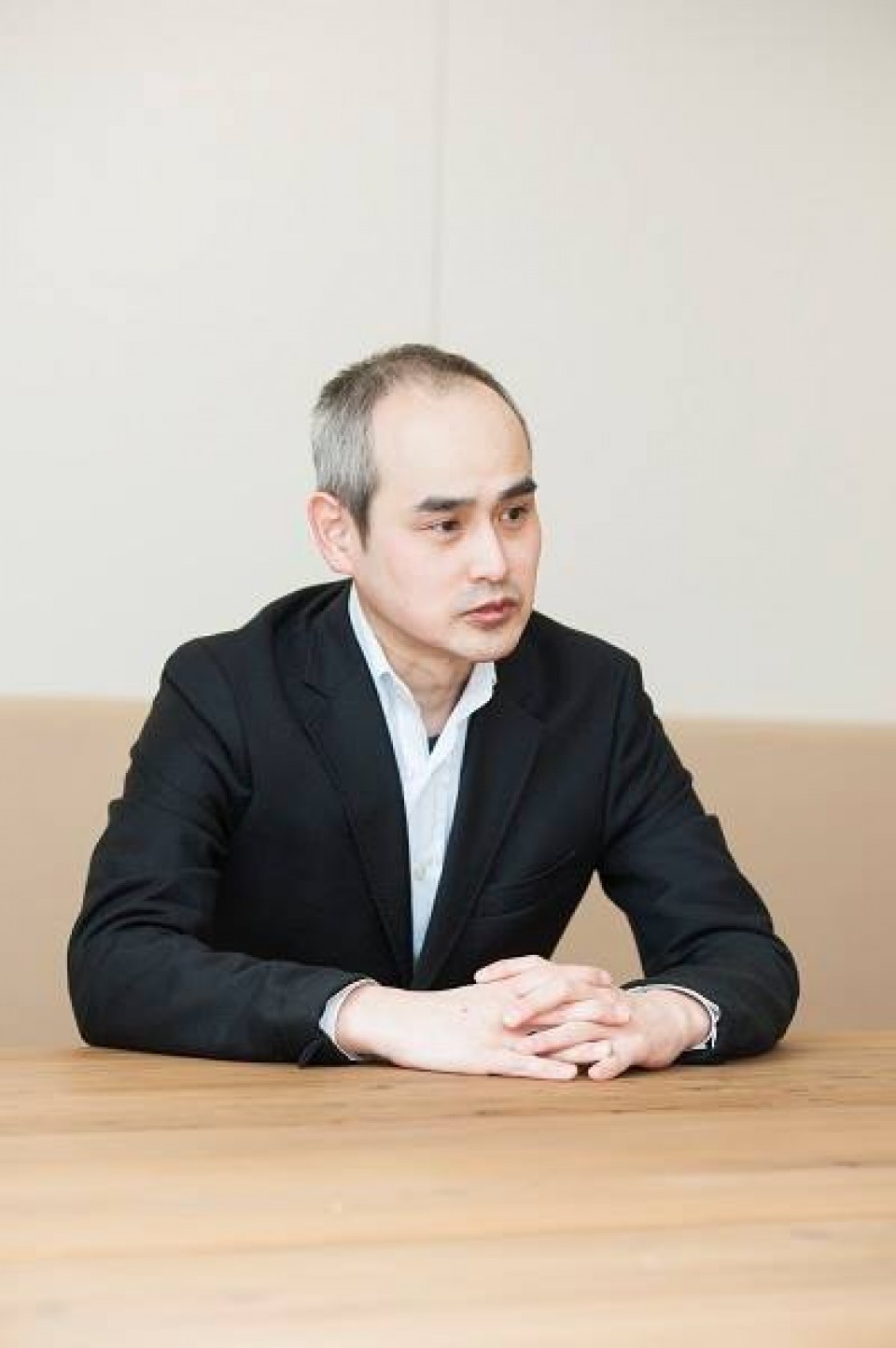 Supplied photo shows Tadashi Sudo, an independent writer and journalist in the field of animation. (Photo courtesy of Tadashi Sudo)(Kyodo)

Tadashi Sudo, a journalist in the field of animation who founded the editorial website "Anime! Anime!" in 2004, says that part of Evangelion's ongoing popularity lies in how well it communicates with fans.

"You don't just watch it, but also feel compelled to think about it even after watching it. With the creators continuing to provide events, collaborations and other entertainment separate from the series, it always feels close to you," said Sudo, now an independent writer who co-authors an industry report released annually by the Association of Japanese Animations.

Set 15 years after a global cataclysm, Evangelion centers around a teenage boy -- Shinji Ikari -- who is summoned by his father, the head of a mysterious organization known as NERV, to pilot the titular giant humanoid robots in combat against alien beings known as "Angels."

Much of the story takes place in Tokyo-3, a post-apocalyptic fortified city under which NERV is built, and well-known among fans to be situated in Hakone, Kanagawa Prefecture.

Since distributing a special map in June 2009 for "anime pilgrims" of Evangelion, the town has engaged in a range of collaborations to cater to fans including creating bus decals, custom license plates, and, more recently, redesigning a public toilet.

The toilet, which was made over in February 2020 to resemble an observation post constructed in secret by NERV, sits in Kintoki Park in the mountain-ringed Sengokuhara district, the nucleus of Tokyo-3. 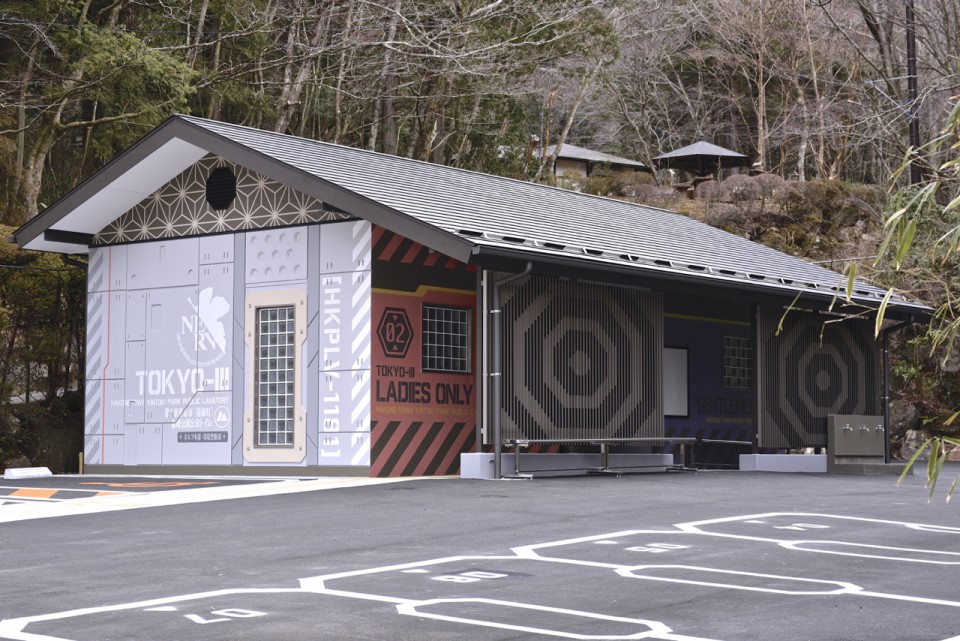 With the TV series added to Netflix's streaming lineup from June 2019, Evangelion continues to capture a new generation of fans across the world.

Ryudo Nakakura, a former NHK announcer turned freelance announcer and anime researcher, explains its enduring appeal by saying that Evangelion -- or Eva as it is known by aficionados -- broke the mold set by mainstream robot anime works in the 1990s by forcing viewers to intuit deeper meanings.

"I believe that Eva brought a new style to the world of Japanese anime. As director (Hideaki) Anno later said, his passionate desire to do something about the stagnant anime industry at the time and his brilliant ideas came to fruition with the release of Eva, and that really attracted us anime fans," he said.

Nakakura, who now watches more than 300 anime series a year and has emceed at anime events in Taiwan and China, says the appeal of the series boils down to three main elements: unique characters, the enigmatic robots known as Evas and, most importantly, a plot that is full of unpredictable twists. 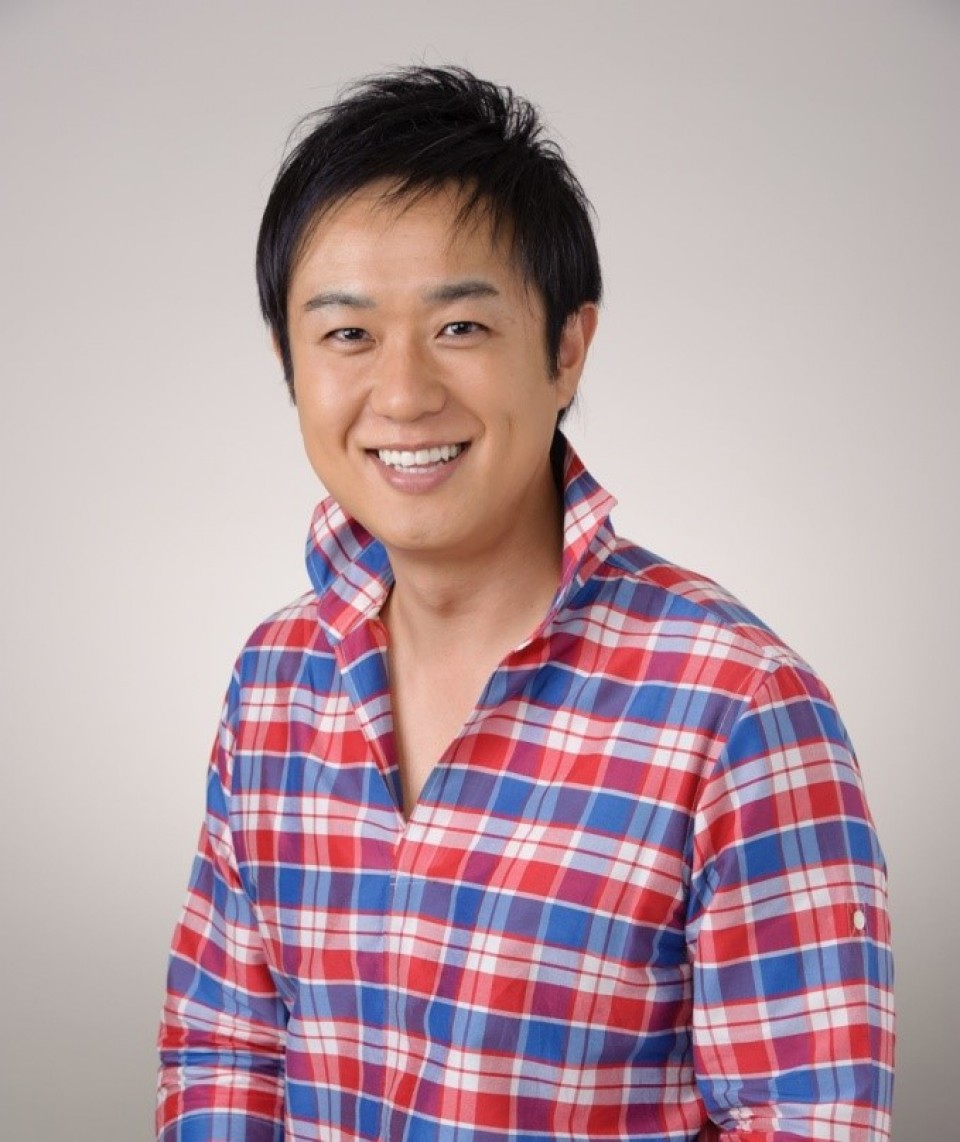 "Shinji was a far cry from the conventional image of a hero, but it was precisely because he was not perfect that viewers could empathize with his emotional turmoil and really get into the story," he said.

Highlighting how the uncertainties make it exciting to see the story progress beyond expectations, Nakakura added, "These elements ultimately work to create a sense of unease throughout the entire series that is hard to describe."

To ramp up excitement for the new film, production studio khara Inc. gave the three already released movies -- which debuted in 2007, 2009, and 2012 respectively -- 4D treatments at 82 theaters in Japan in December, with the normal editions also screened concurrently at 373 theaters across the country.

"The new Evangelion movies use the latest animation technology, such as 3DCG, to enhance the intensity of scenes and introduce new elements into the story, making it timeless and attracting new fans. It's a wonderful experiment," said Hisashi Maeda, 38, an anime columnist who goes by the moniker "maeQ."

But while Maeda watches every film with great interest, he admits he still prefers the original 26-episode series, the masterpiece of director Hideaki Anno under anime studio Gainax Co. Anno later founded khara in 2006, which produced the rebooted Evangelion films and now manages the copyright to the old series.

Maeda half-jokingly calls himself "Shinji Ikari's generation," as he turned 14 -- the same age as the protagonist -- when the TV series first aired in Japan in 1995. He says the show was like the "dark knight" of pop culture for its time, amassing fans from the get-go with its story, design and production techniques.

"Many in the animation industry today say that (Evangelion) inspired them to become anime creators. If it weren't for Evangelion, the pool of talented anime creators would be much smaller than it is today. There may have been fewer anime fans. That's how significantly Evangelion affected people and the times," Maeda said.