Man to be indicted over deadly arson attack on Kyoto Animation

Japanese prosecutors will indict a 42-year-old man on murder and other charges over an arson attack in July last year on a Kyoto Animation Co. studio that killed 36 people and injured 33 others, investigative sources said Thursday.

Shinji Aoba, who was arrested in May, has likely been determined by medical experts to be mentally competent and can be held criminally liable for the attack, one of Japan's worst mass murder cases.

Aoba has been confined for expert examination since June. His arrest came after authorities judged he recovered sufficiently from life-threatening burns sustained from the incident on July 18, 2019.

The company, often referred to as "KyoAni" at home and abroad, is known internationally for producing many popular animation works such as "K-On!" and "The Melancholy of Haruhi Suzumiya." 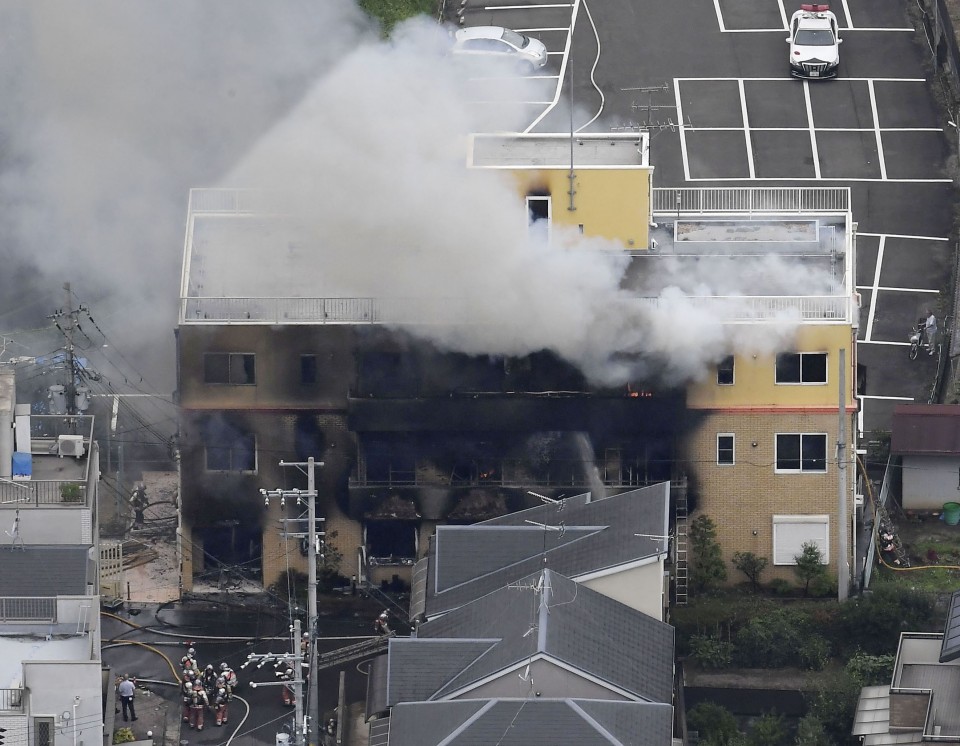 Photo taken from a Kyodo News helicopter on July 18, 2019 shows an animation studio in Kyoto where dozens were injured after a man sprayed liquid. (Kyodo)

Following his arrest, Aoba admitted to setting fire to the studio, saying, "I thought I could kill many people by using gasoline," according to police.

However, due to his medical records involving mental illness, Kyoto prosecutors and police have been investigating whether Aoba can be held liable.

Immediately after being detained by police officers near the scene, Aoba said he carried out the attack because the company "stole a novel" from him, according to the police.

Kyoto Animation has held public contests in which it accepts draft novels and then makes the winning works into animation.

The police have found Aoba submitted several stories to the company. But it has denied basing any of its anime on those works.