A man in his 20s was referred to prosecutors Thursday by Tokyo police for allegedly posting hateful messages on social media against Hana Kimura, a cast member on the popular reality TV show "Terrace House" who died earlier this year in an apparent suicide.

The man, from the western Japan prefecture of Osaka, is suspected of having cyberbullied Kimura on Twitter by anonymously and repeatedly posting malicious comments, such as "Hey, when are you going to die?" according to investigative sources.

Hana Kimura looks on during the press conference Bushiroad and Stardom on Oct. 17, 2019, in Tokyo, Japan.(Getty/Kyodo)

The man, who has admitted to the allegations, told the police during voluntary questioning that he "wanted to get back at (Kimura) after seeing her verbally abuse a male (cast member) on the show."

Criminal proceedings were opened against the Osaka Prefecture man as his comments were especially malicious, they said.

"I pray this will deter people from slandering others so that the number of people facing hardships will fall," Kimura's mother Kyoko said in a statement following the referral.

"I want the perpetrators to atone for their sins, then live happily on Hana's behalf," she added.

The mother also asked the media to refrain from identifying or attacking the offenders as "Hana would not have wanted to see a tragic chain reaction which turns the perpetrator into the next 'victim.'"

The 22-year-old professional wrestler, who was among the six cast members of the now-canceled series "Terrace House Tokyo 2019-2020," was found dead at her apartment in Tokyo in May.

Her mother filed a complaint in July to the Broadcasting Ethics & Program Improvement Organization claiming that the reality show was edited to give the impression Kimura was a violent woman, thus violating her daughter's personal and human rights.

Broadcaster Fuji Television denied it had instructed or forced cast members to speak or express themselves in a certain manner.

The show, the latest in a series that began in 2012, was broadcast by Fuji TV and also aired on U.S. streaming service Netflix with English subtitles. 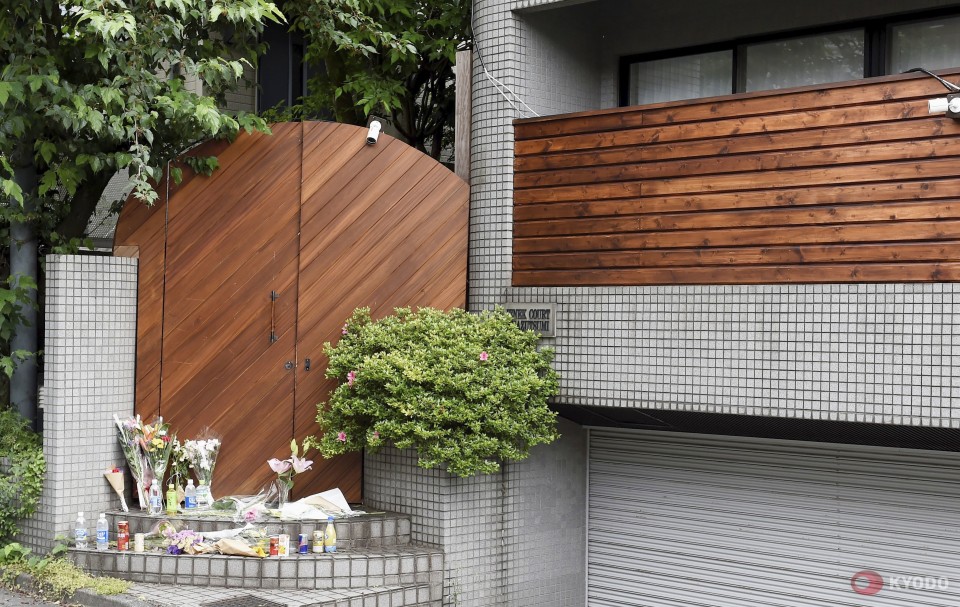 Flowers are placed at a shooting location for the Netflix reality show "Terrace House" in Tokyo on May 25, 2020. (Kyodo) ==Kyodo