Bird flu has been detected at chicken farms in the western Japanese prefectures of Tokushima and Miyazaki, leading to the culling of tens of thousands of chickens as the outbreak continues to spread in the country, the local governments said Saturday.

The H5 strain, yet to be confirmed as a highly pathogenic type, was detected for the first time in Tokushima, making it the 12th prefecture to report an avian flu outbreak case this year.

The farm in Awa, Tokushima, bordering Kagawa Prefecture where the year's first case of flu was confirmed, initially planned to cull 10,000 chickens but ended up with around 8,000 eventually. 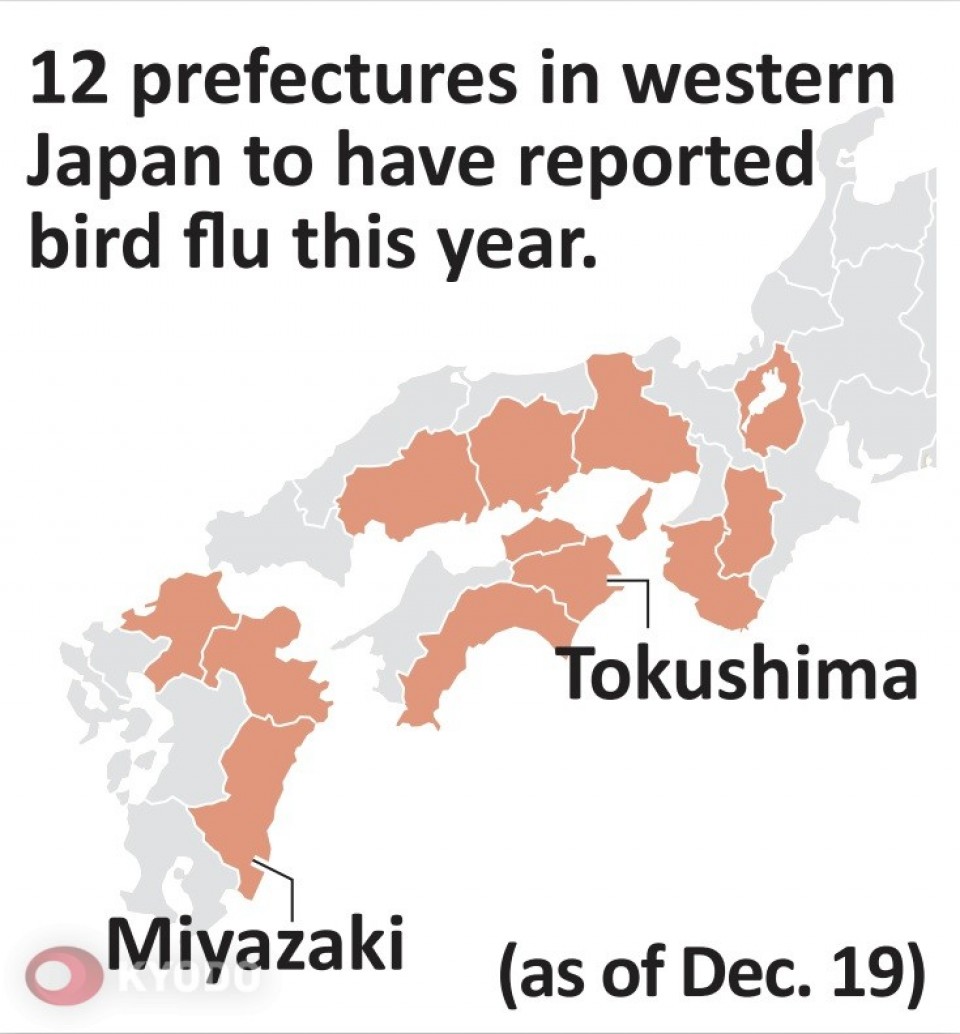 The 12 prefectures in western Japan to have reported bird flu this year. (Kyodo)

There are 10 other farms keeping about 175,000 chickens within a 3-kilometer radius of the affected Tokushima farm, with all farms prohibited from moving eggs or chickens from the premises, according to the local government.

In a 10-kilometer radius, where poultry farms are banned from transporting birds and eggs out of the area, there are 44 farms with a total of 665,000 chickens, according to the Tokushima government.

The Ministry of Agriculture, Forestry and Fisheries sent officials to Tokushima to support the prefecture's response to the outbreak, according to the ministry.

Bird flu was also confirmed at a farm in the city of Miyazaki in the eighth case this year in the prefecture, with around 34,000 chickens to be culled, local authorities said.