Japan Post Co. is now accepting "nengajo" New Year's greeting postcards for 2021 nationwide for delivery starting New Year's Day, hoping those who cannot return to their hometowns due to a resurgence of coronavirus infections will instead send out the well-wishing cards.

The initial number of the postage-paid cards issued for 2021 hit a record low of about 1.94 billion, down 17 percent from the previous year, falling for the 10th consecutive year and slipping below 2 billion for the first time, according to Japan Post.

The initial issuance marked a record high of 4.45 billion for 2004. But the number has been showing a downtrend with the spread of email and social media, and this year the coronavirus pandemic has accelerated the trend. 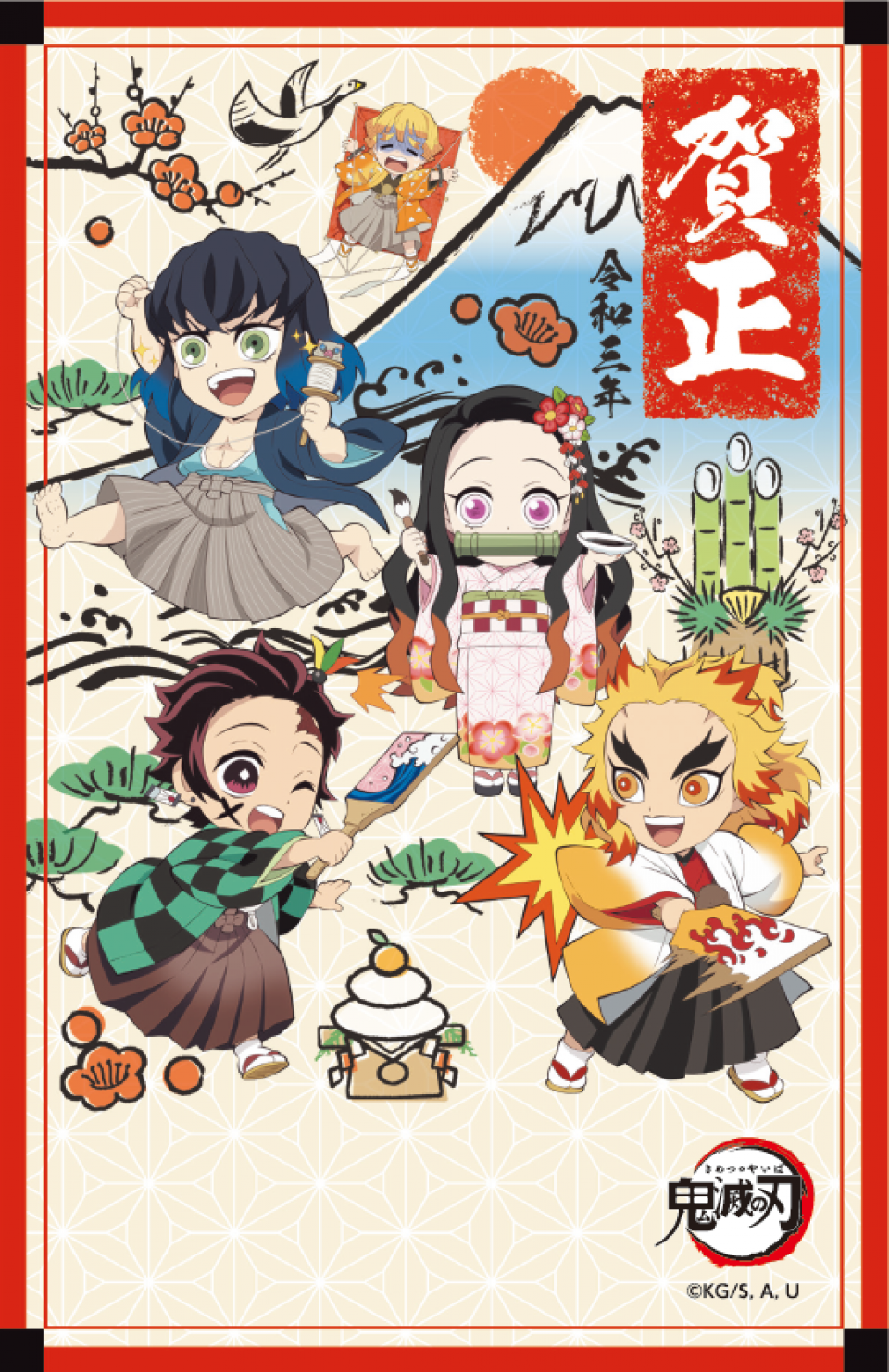 Particularly, uses of the postcard by companies for advertising purposes have plunged as part of their cost-cutting efforts to respond to declining earnings due to the pandemic.

Amid these adverse winds, Japan Post held a ceremony in Tokyo on Dec. 15 to mark the start of the acceptance of 2021 nengajo postcards. Masaki Aiba and Kazunari Ninomiya, two of the popular five-member Japanese idol group Arashi, attended the event.

"Because we are in a time like this, please try to write New Year's cards, finding the people to whom you want to send in your own way," Ninomiya said, referring to the rapid spread of the novel coronavirus.

There is a tradition in Japan of sending New Year's greeting cards to friends and colleagues as well as family members, equivalent to the Western custom of sending Christmas cards.

Japan Post, which provides postal services and manages post offices nationwide under the wing of Japan Post Holdings Co., hopes that demand for nengajo postcards will increase toward the year-end at a time when the government and public health experts recommend people stay at home during the New Year holidays to prevent further virus spread. 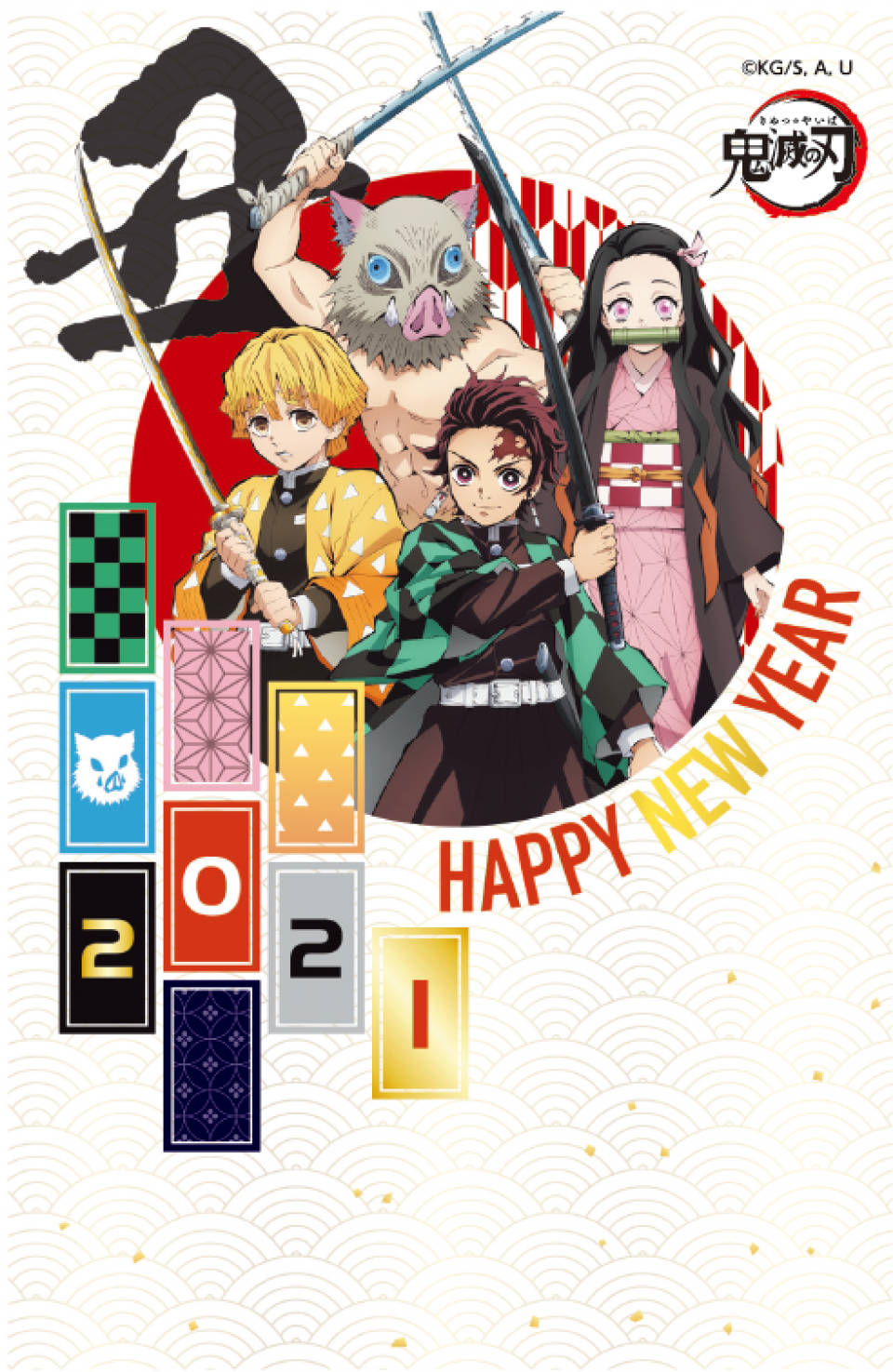 "As many people cannot see others in their hometowns in person, I think demand for sending nengajo postcards will increase," said Kenji Tashiro, a spokesman for Japan Post.

It is preferable for nengajo postcards to arrive on Jan. 1. Japan Post has set Dec. 25 as the recommended "deadline" for sending the cards to guarantee they can be delivered on New Year's Day.

The bright aspect of nengajo services this year, according to Japan Post, is an increase in the number of online applications to the company for printing postcards and delivering them to those who ordered.

In addition to buying nengajo at post offices and other places, people can order them through the internet.

Online orders have increased about 20 percent from the previous year as people are refraining from going outside amid the pandemic, Japan Post said.

Another bright spot is brisk sales of nengajo postcards with characters from the blockbuster "Demon Slayer: Kimetsu no Yaiba" manga and anime series about a demon-fighting boy.

At the Tokyo Central Post Office in Chiyoda Ward, a special mailbox with traditional decorations for the New Year has been set up.

Yuhi Tanaka, a 22-year-old senior at a university in Tokyo, together with his sister, dropped about 30 postcards into the mailbox to send them to relatives and others living in Shiga and Shimane prefectures.

"I continue feeling lonely as I cannot see my grandparents," Tanaka said. "I will start working as a teacher next spring, so I expressed my gratitude in the cards."