Bird flu has been detected at chicken farms in the western Japan prefecture of Hiroshima and Miyazaki in the southwest, local authorities said Monday, with the central government calling for strengthened hygiene controls at farms as the outbreak continues to spread in the country.

The H5 strain, yet to be confirmed as a highly pathogenic type, made Hiroshima the sixth Japanese prefecture to experience an avian flu outbreak this season. The farm in Mihara started culling around 134,000 chickens at the location and some other affiliated farms. 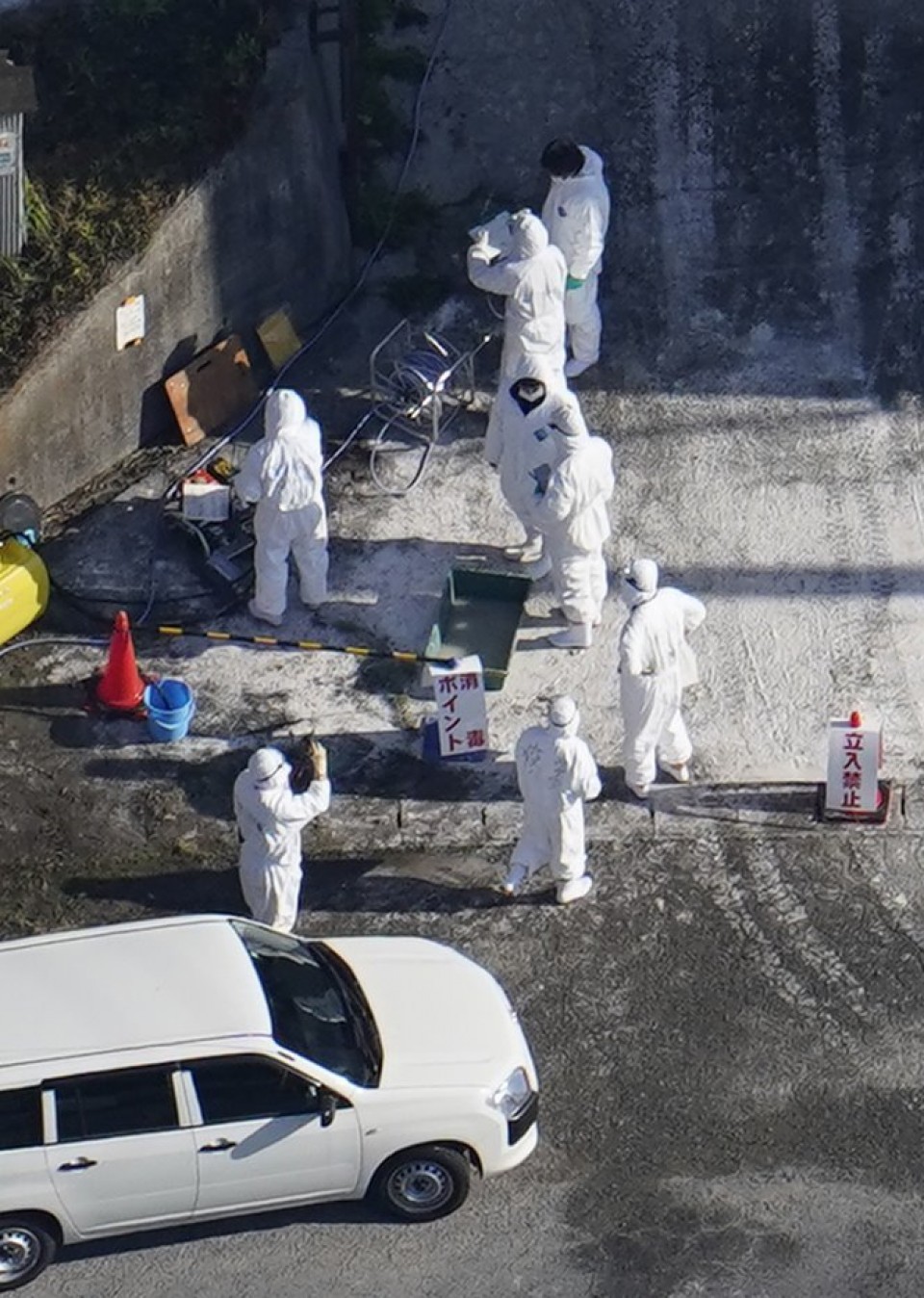 Several movement control points were set up around the affected farms to disinfect vehicles, while Hiroshima Gov. Hidehiko Yuzaki requested the deployment of Self-Defense Forces personnel to help with the cull.

Farm Minister Kotaro Nogami said the ministry plans to ask chicken farms around the country to check their sanitation measures, such as disinfecting workers' hands and vehicles.

"We aim to improve the sanitary management (of the farms)," he said. "We have been in an extremely difficult situation, but the migration season of birds continues."

Bird flu was also confirmed at a farm in Miyakonojo, Miyazaki Prefecture, with about 60,000 chickens to be culled. It was also detected following a preliminary test at a farm in neighboring Kobayashi city, the prefectural government said.

The first case this year was reported in Kagawa Prefecture in early November, followed by Fukuoka, Hyogo, Miyazaki and Nara prefectures. All of the local governments carried out massive culls of chickens in and around infected farms.

Culling of 92,000 chickens begins in Japan after bird flu detected