Yuya Yoshida won the Fukuoka International Marathon held in southwestern Japan on Sunday to earn his first career victory over the 42.195-kilometer distance.

Competing in just his second professional marathon, the 23-year-old crossed the finish line at Heiwadai Athletic Stadium in 2 hours, 7 minutes and 5 seconds in a race limited this year to domestic entrants due to the coronavirus pandemic. 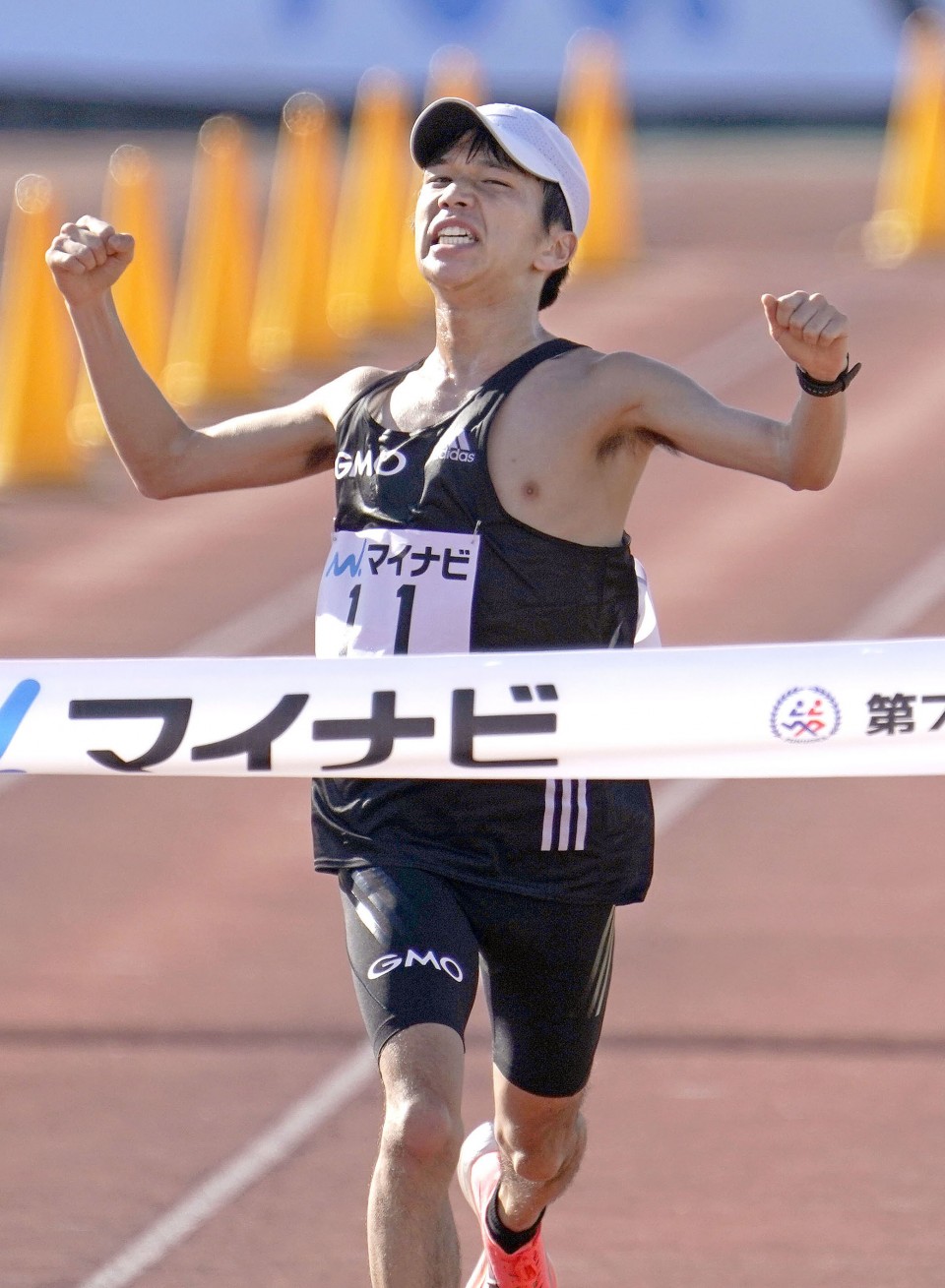 "I was able to win by giving 100 percent. I'm extremely happy," Yoshida said. "This whole year I've been thinking about and working out how to get results in the marathon. This goes to prove I was on the right track."

Tokyo Olympic alternate Shohei Otsuka was second in 2:07:38, while Natsuki Terada rounded out the podium with a time of 2:08:03 in third.

The fight for the lead eventually came down to a battle between Yoshida and 2019 runner-up Taku Fujimoto until Yoshida pulled ahead around the 31-km mark. The burgeoning marathoner's pace slackened somewhat but he retained his lead, while Fujimoto dropped back and finished 12th.

Otsuka, who fell in the early stages in the race, rallied back into contention and finished 33 seconds off the pace.

Yuma Hattori, who booked his ticket to the Tokyo Olympics by finishing runner-up at last year's Marathon Grand Championship, ended a 13-year championship drought for Japanese runners at the Fukuoka International Marathon when he won the 2018 edition.

Organizers revealed Thursday that Hattori would not take part in this year's race due to pain in his right calf.