273 teachers in Japan punished in fiscal 2019 for sexual misconduct

The number of teachers at public schools in Japan who received disciplinary action or a reprimand for sexual misconduct in fiscal 2019 stood at 273, the second-highest figure on record, education ministry data showed Tuesday.

The figure, only nine less than the record high set in the ministry's study for fiscal 2018, includes 126 cases involving their students or former students who were still under 18 years old.

"It is extremely serious that our measures have not improved the situation," a ministry official said, adding it will call on education boards across the country to strictly enforce preventative measures such as banning private interactions between teachers and their students on social media. 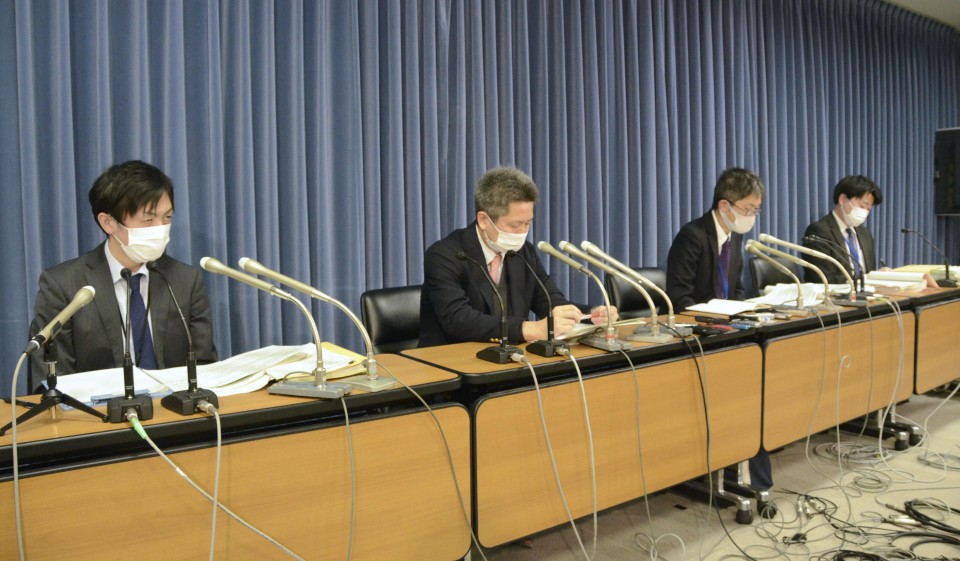 Officials at Japan's education ministry in Tokyo present their findings on teachers who were punished for sexual misconduct in December 2020. (Kyodo)

The ministry, which has urged education boards to dismiss all teaching staff found to have engaged in sexual misconduct, is also considering raising the blackout period from three to five years for those who have lost their teaching license due to disciplinary action.

It has also decided to extend the viewable history of a teacher's disciplinary action records to 40 years.

According to the fiscal 2019 study, 153 teachers were dismissed due to sexual misconduct in the year through last March, while 50 were suspended from work, 16 had pay cuts, and nine received warnings. An additional 45 were reprimanded or received lighter penalties.

Male teachers made up 97.4 percent of the offenders, with the spread across age groups relatively even.

Molestation accounted for the most cases of sexual misconduct at 84, followed by intercourse at 49 and non-consensual photography and voyeurism at 33.

The majority of the cases, at 186, took place outside of working hours, with 20 occurring during class and 16 during break time.

The same study found that the number of teachers subjected to disciplinary action for inflicting corporal punishment fell by 28 from the previous fiscal year to 550, while those that received such action due to harassment or trouble with other staff declined by five to 27.

The number of teaching staff who requested leave for mental illnesses stood at a record high of 5,478.