Tokyo's monthly tally of new cases of the novel coronavirus topped 10,000 for the first time Sunday, as the capital reported 556 fresh cases amid a resurgence of infections.

The tally for December, which now stands at 10,507, had already hit 9,951 as of Saturday and risen above the record 9,857 cases logged for the full month of November. 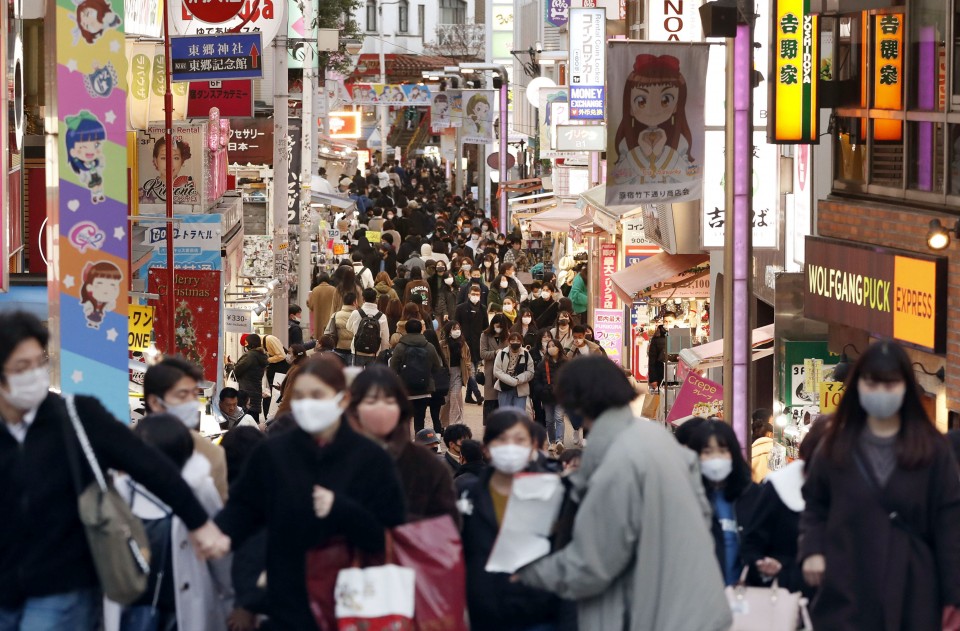 Sunday's figure comes a day after the capital confirmed its second-highest daily increase of 736 on Saturday, bringing its seven-day rolling average to 603, the highest to date.

The number of new infections was also the highest recorded for a Sunday, which usually sees fewer cases than weekdays. Tokyo's cumulative total now stands at 51,446.

On Thursday, when the capital logged a record 822 new cases, the Tokyo metropolitan government raised its alert regarding the strain on the medical system to the highest of four levels. It is the first time the most severe level has been reached since the outbreak of the virus. 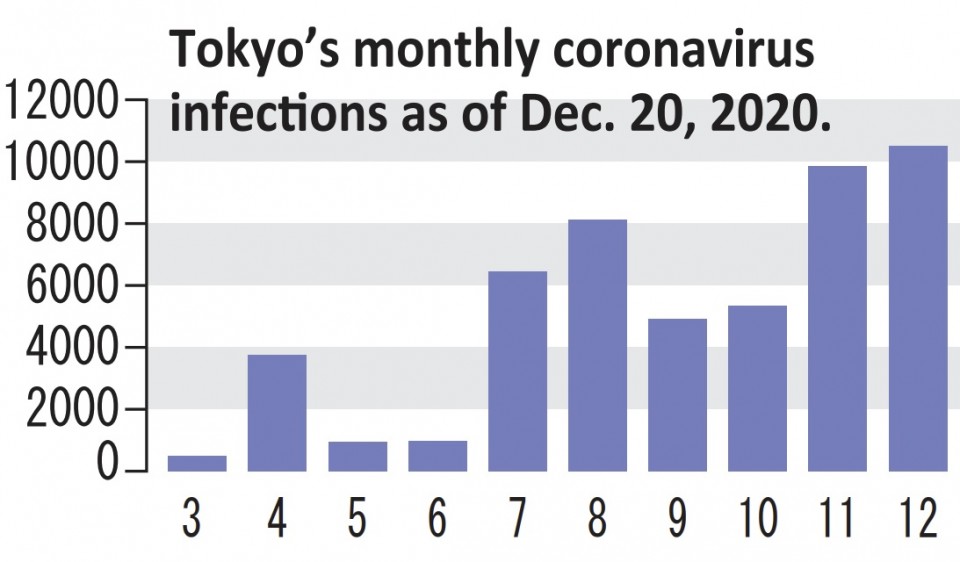 Nearly 2,500 new infections were confirmed across the country on Sunday, bringing the nationwide cumulative total to just under 200,000.

Tokyo, the hardest hit of the country's 47 prefectures, and Osaka, another urban area, make up around a third of the country's total infections, while a number of prefectures such as Kanagawa, Saitama and Aichi have been experiencing record numbers of new cases in the past week.

The government said Monday it will halt the nationwide "Go To Travel" subsidy campaign, aimed at spurring an economic recovery through domestic tourism, from Dec. 28 to Jan. 11, as the pandemic is showing no signs of abating.

Travel subsidies for trips to Nagoya and Tokyo, which have seen a sharp rise in infections in recent weeks, were suspended on Wednesday and Friday ahead of the nationwide halt. 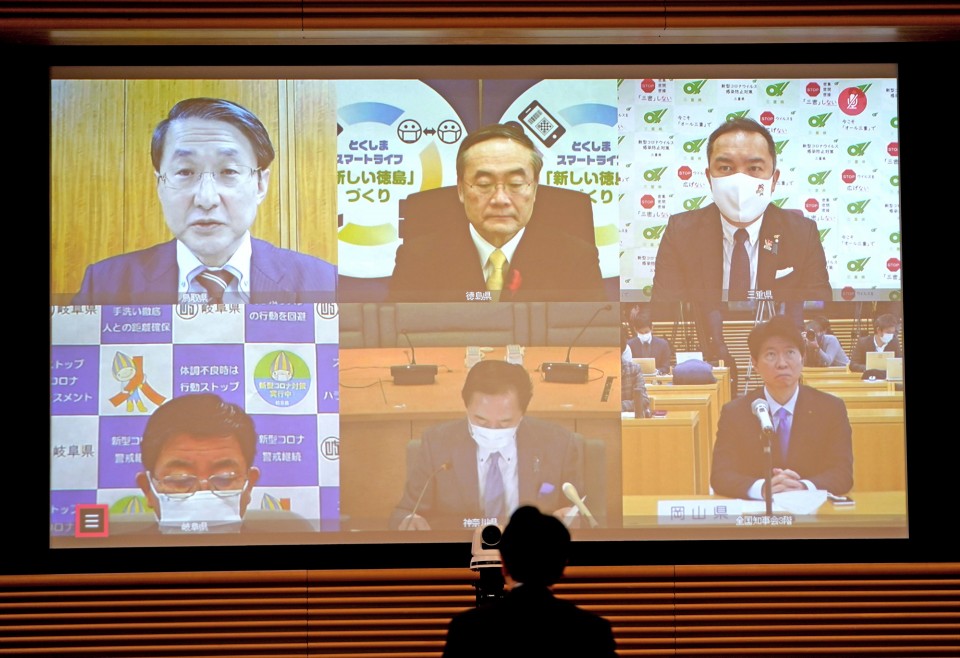 The National Governors' Association holds an online meeting to fight the new coronavirus on Dec. 20, 2020. (Kyodo)

In an online meeting held Sunday, the National Governors' Association proposed to the central government that it indicate, as early as possible, its policy for the campaign after Jan. 12.

Given the program's significant economic impact, the governors requested that the central government take a flexible approach, such as gradually lifting its suspension in regions with outbreaks under control.