A Japanese court on Friday, for the first time, revoked the government's approval of operating a nuclear plant under new safety regulations developed in the wake of the 2011 Fukushima nuclear disaster.

The Osaka District Court ruled in favor of about 130 plaintiffs who claimed that the Nos. 3 and 4 reactors of Kansai Electric Power Co.'s Oi nuclear plant in Fukui Prefecture are vulnerable to a major earthquake.

In the ruling, Presiding Judge Hajime Morikagi said the Nuclear Regulation Authority's safety screening "has errors and flaws that should not be overlooked" as its estimates needed to factor in a potentially much larger earthquake around the plant. 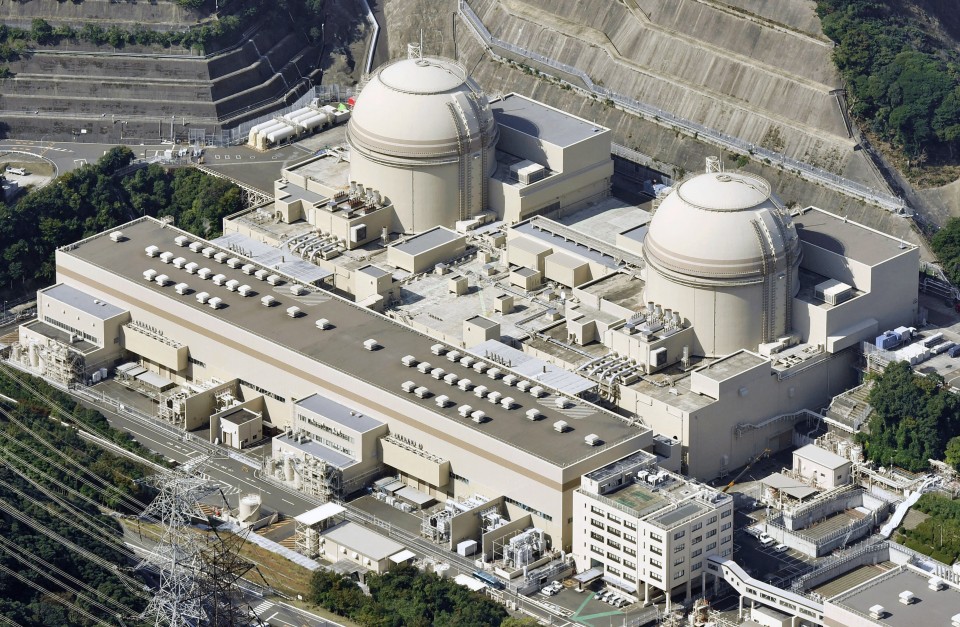 The plaintiffs claimed the utility, known as KEPCO, had underestimated quake hazards using an insufficient formula in calculating the so-called standard ground motion, or the maximum shaking that the reactors could withstand during a quake.

The nuclear watchdog countered that the 2017 regulatory approval based on KEPCO's estimate for the maxim possible ground motion, calculated by such elements as past quake data and geographical structures, of 856 gal was appropriate, adding their claim lacked scientific rationality.

It is the first time a Japanese court has withdrawn government approval granted to a power company to operate a nuclear plant under the safety standards set in 2013 following the meltdowns at the Fukushima Daiichi power plant triggered by a major earthquake and ensuing tsunami.

While the two reactors in Oi in the central Japan prefecture have been idle due to regular inspections since earlier this year, the ruling will not take effect if the NRA appeals the decision.

But the ruling may have an impact on the operations of not only the nuclear plant on the Sea of Japan coast but also other reactors in the country that went back online under the new rules.

The Osaka-based power company, which was part of the lawsuit as a supporting intervenor, suggested it will appeal the ruling with the NRA, saying the decision was "extremely regrettable and totally unacceptable."

A team of lawyers for the plaintiffs, including residents in the prefecture and other parts of the country, released a statement welcoming the ruling and the court's "sincere and serious deliberations," also demanding the immediate abolition of all "dangerous" nuclear reactors in the country.

"(The ruling proves that) KEPCO underestimated the scale of an earthquake and that the NRA's judgment was also too lenient," said Takumi Saruhashi, 66, a member of the Oi town's assembly, who has questioned the safety of the plant for a long time.

However, an Oi resident in his 60s expressed worries about the decision, "If the reactors are stopped for a prolonged period, the local economy, which is already battered by the coronavirus pandemic, will worsen further."

"We believe we were unable to earn the court's understanding regarding our claims," the NRA said in a statement. "We will have discussions with the ministries and agencies concerned and respond accordingly."

The Nos. 3 and 4 reactors started commercial operations in 1991 and 1993, respectively, and became the first to resume operation in 2012 under the then government's tentative safety rules, while others remained offline in the aftermath of the nuclear disaster.

The utility, meanwhile, has decided to decommission the aging Nos. 1 and 2 reactors at the Oi plant.