Japanese Prime Minister Yoshihide Suga is expected to ask his Cabinet's industry and environment ministers to study the feasibility of introducing a "carbon pricing" scheme in an effort to reduce greenhouse gas emissions, a government source said Friday.

Suga has pledged that Japan will achieve carbon neutrality, or net zero emissions of carbon dioxide, by 2050, as many countries set similar goals to address climate change.

Carbon pricing is supposed to encourage businesses and households to reduce emissions by creating cost incentives. 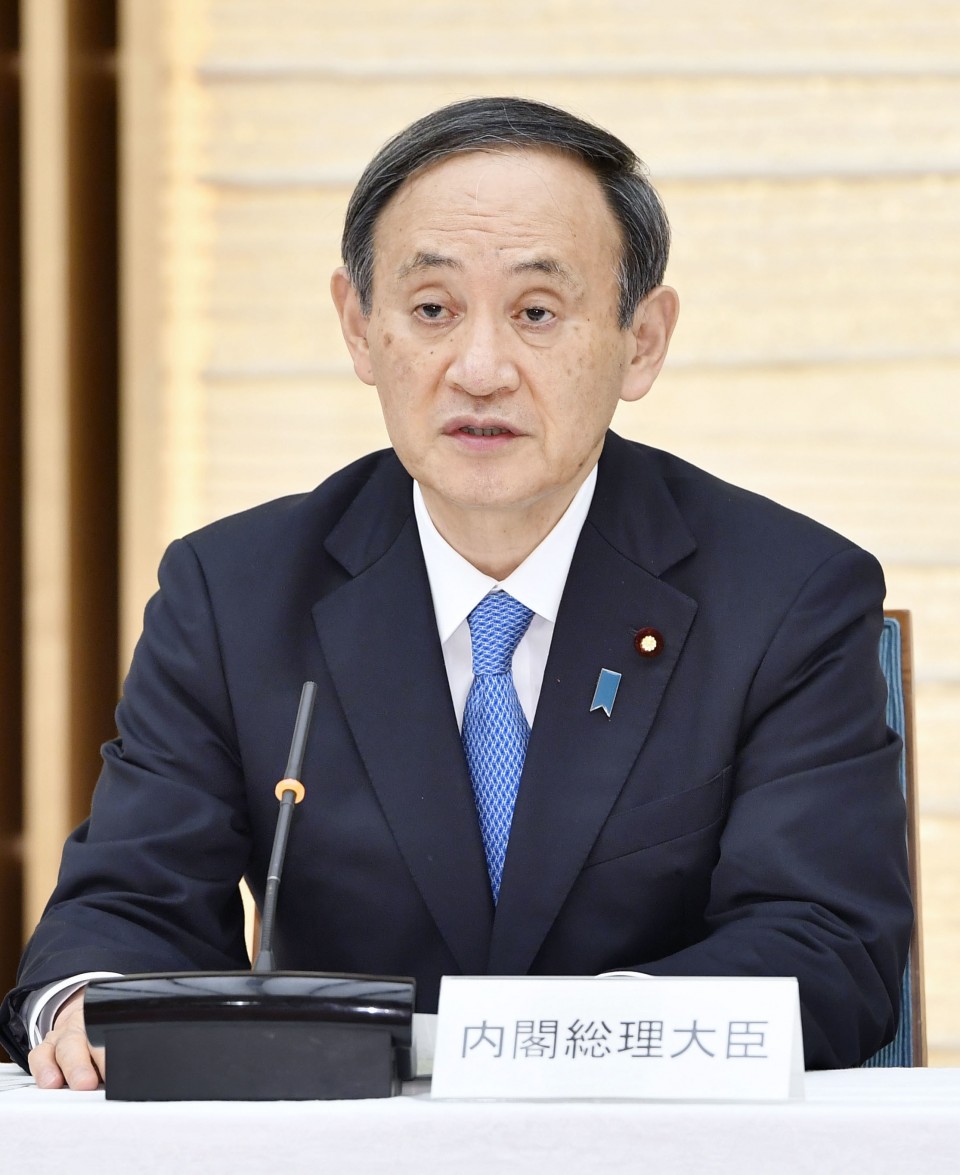 Japanese Prime Minister Yoshihide Suga attends a meeting of the government's Council on Economic and Fiscal Policy in Tokyo on Dec. 18, 2020. (Kyodo) ==Kyodo

According to the source, arrangements are underway for Suga to meet with Economy, Trade and Industry Minister Hiroshi Kajiyama and Environment Minister Shinjiro Koizumi at the premier's office, possibly on Monday, and instruct them to look into the plan.

It remains unclear, however, whether Japan would be able to adopt the instrument to promote greenhouse gas reduction as some in the business sector remain cautious over such a move, fearing that the scheme could impact their profitability.

Carbon pricing, which may include the use of a carbon tax or emission trading system and credit mechanism, has already been introduced in the European Union as well as some other countries. In Japan, taxes against global warming are imposed on oil and coal, but the rates are lower than in most countries.

The Environment Ministry is pinning its hopes on carbon pricing as a way to help Japan slash its greenhouse gas emissions.