A startup near Tokyo has recently begun accepting orders for a service beginning next spring to fly customer items high into the stratosphere by balloon and capture images of them against the backdrop of Earth and outer space.

Space Balloon Inc. based in Mito, northeast of Tokyo, will launch a balloon carrying remote-controlled cameras and objects of a customer's choice that will travel to an altitude of around 25,000 meters above sea level to capture images giving the impression that the items are floating in space. 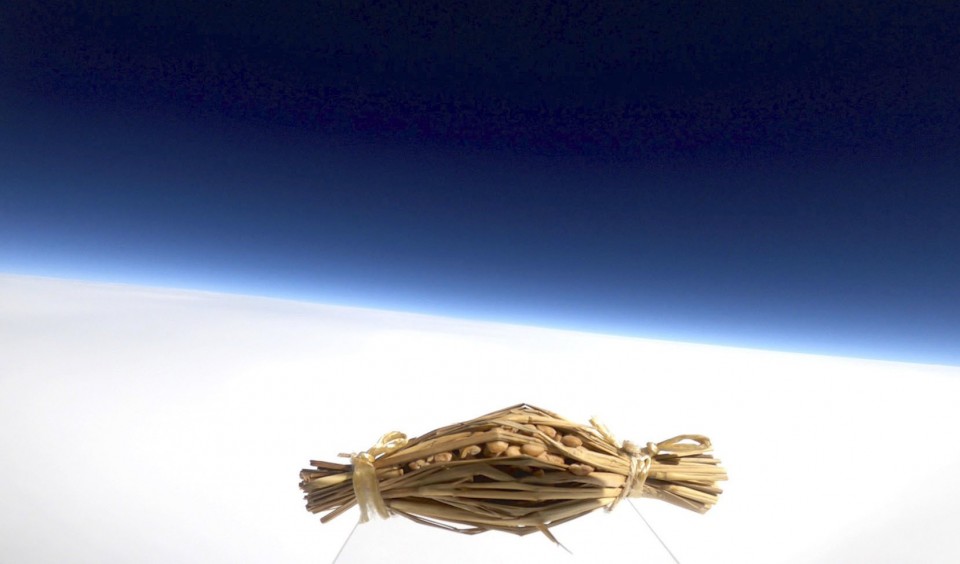 Supplied photo taken on Sep. 21, 2020 shows some "natto" (fermented soybeans) wrapped in rice straw that was launched from a balloon into the stratosphere at an altitude of some 20,000 meters above sea level, against the background of Earth and space. (Photo courtesy of Space Balloon Inc.)(Kyodo)

The balloon, inflated with helium gas and measuring about 2 meters in diameter, will rise until it bursts in ultra-thin air, with the camera container and objects parachuting down to the Pacific Ocean for recovery.

The voyage of around 100 minutes will be monitored via tracking devices built into the container, the company said.

The company successfully launched a balloon and took photos and video of "natto" fermented beans, a specialty of Mito in Ibaraki Prefecture, in the stratosphere in September and November.

The startup said coastal areas in Ibaraki are ideal for releasing the balloons for safety and business reasons.

Because westerlies -- strong winds that permanently blow from the west to the east in mid-latitudes -- will send the items to splash down in the Pacific east of the prefecture, there will be no damage or injuries on land.

The launch fields can also be accessed easily by residents of Tokyo and its vicinity, where the company expects a large demand for the service, it said.

The photo service will be offered to groups of 100 at a cost of 550,000 yen ($5,270) including tax per object weighing up to about 250 grams, with customers receiving 10 photos and video footage of their items.

The service will start from spring when westerly winds become stable, the company said. Similar image capture using balloons has been tested abroad since the 2000s.

As of early December, more than 20 customers had applied for the service, with individuals, companies and schools wishing to send up a variety of items such as dolls, said Ryo Yasukawa, chief business officer at the company set up in March.

"We will aim to use this service as a foothold for venturing into more diverse space-related businesses" ranging from data collection to manned balloon tours to near space, he said. 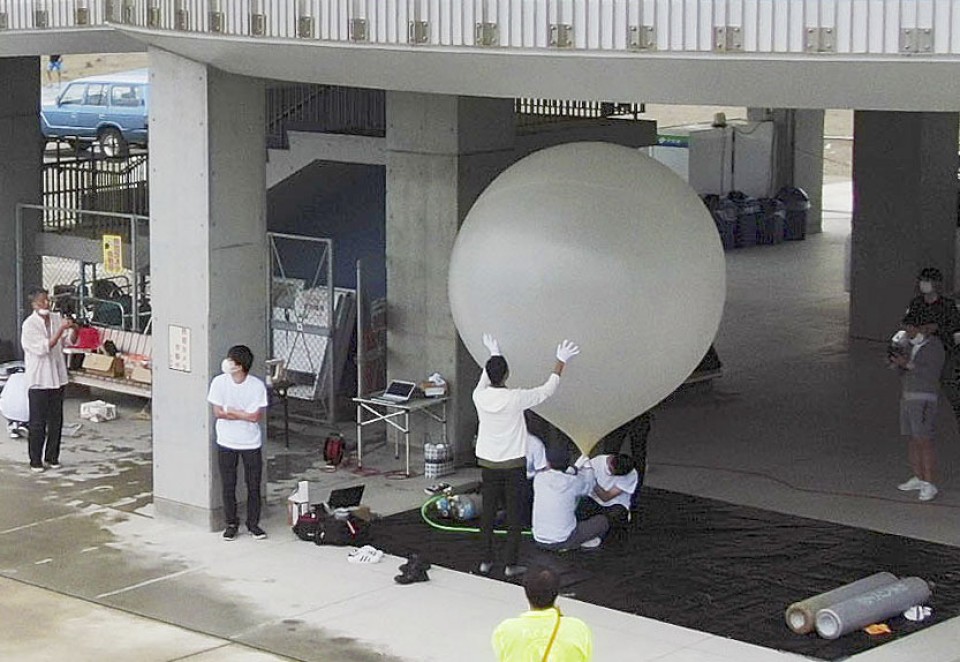 Company staff prepare a balloon ahead of its launch into the stratosphere on Sep. 21, 2020, in Ibaraki Prefecture. (Photo courtesy of Space Balloon Inc.)(Kyodo)