Takakeisho, a first-time candidate for promotion to yokozuna, leads the three ozeki wrestlers in the rankings released by the Japan Sumo Association on Thursday ahead of the Jan. 10 to Jan. 24 New Year Grand Sumo Tournament.

The sport's second-highest rank illustrates both the promise and the peril of sumo's elite wrestlers. While Takakeisho will try to seize a second straight championship and earn promotion, his two ozeki rivals, Shodai and Asanoyama, will have somewhat more mundane targets.

Both men failed to win eight bouts in November after they pulled out injured. Now, as demotion-threatened "kadoban" ozeki, Shodai and Asanoyama need at least eight wins to keep their ozeki status.

Jeopardy is also in the air at the very summit of the sumo world. The two yokozuna, Hakuho and Kakuryu, have received official warnings after withdrawing from each of the past three tournaments.

A warning from the Yokozuna Deliberation Council is the second strongest admonition the association's advisory body can issue, only less serious than a recommendation for a wrestler to retire. 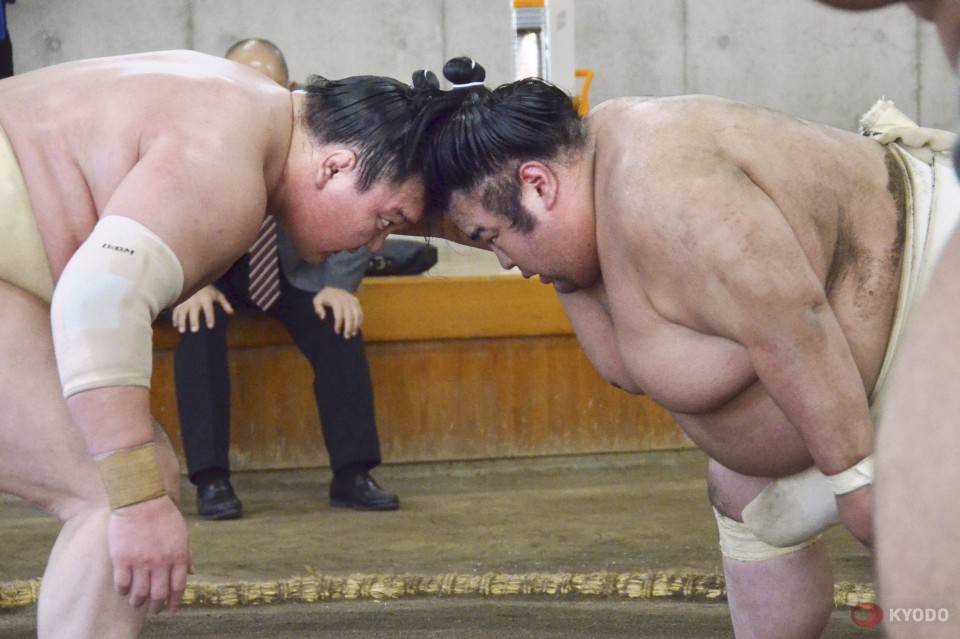 Hakuho, who will be looking to extend his record for career championships for the first time since he won his 44th in March, remains in the more prestigious east side of the rankings with Kakuryu on the west for the sixth straight tournament.

The New Year tourney will be Hakuho's 99th in the elite makuuchi division, which will tie him with former sekiwake Kyokutenho for second on the all-time list. Former ozeki Kaio holds the record with 107.

At the sekiwake rank, Terunofuji sits on the east as he continues his historic comeback.

The former ozeki, who went 13-2 in November, is the first wrestler to return to the sekiwake rank after dropping to the jonidan division. The 29-year-old fell to the second lowest division following a series of injuries and surgeries on both knees.

Takanosho returns as a sekiwake and sits on the west side after going 8-7 in November.

Former ozeki Takayasu returns as a komusubi and takes the east slot, while Mitakeumi drops from sekiwake to take up the west komusubi role.

At the bottom of the division, only two wrestlers are making the jump to the top flight in January.

Midorifuji, who won the juryo division with a 10-5 record in November, will make his makuuchi debut as a No. 14 maegashira.

He will be joined at No. 16 by Akiseyama. The 35-year-old is returning to the top flight after an absence of 28 grand tournaments, the fourth-longest period it has taken a wrestler to return.