A theme facility with an 18-meter "life-size" moving statue of Gundam, a giant robot featured in a Japanese science fiction animation series, opened Saturday in Yokohama, near Tokyo. 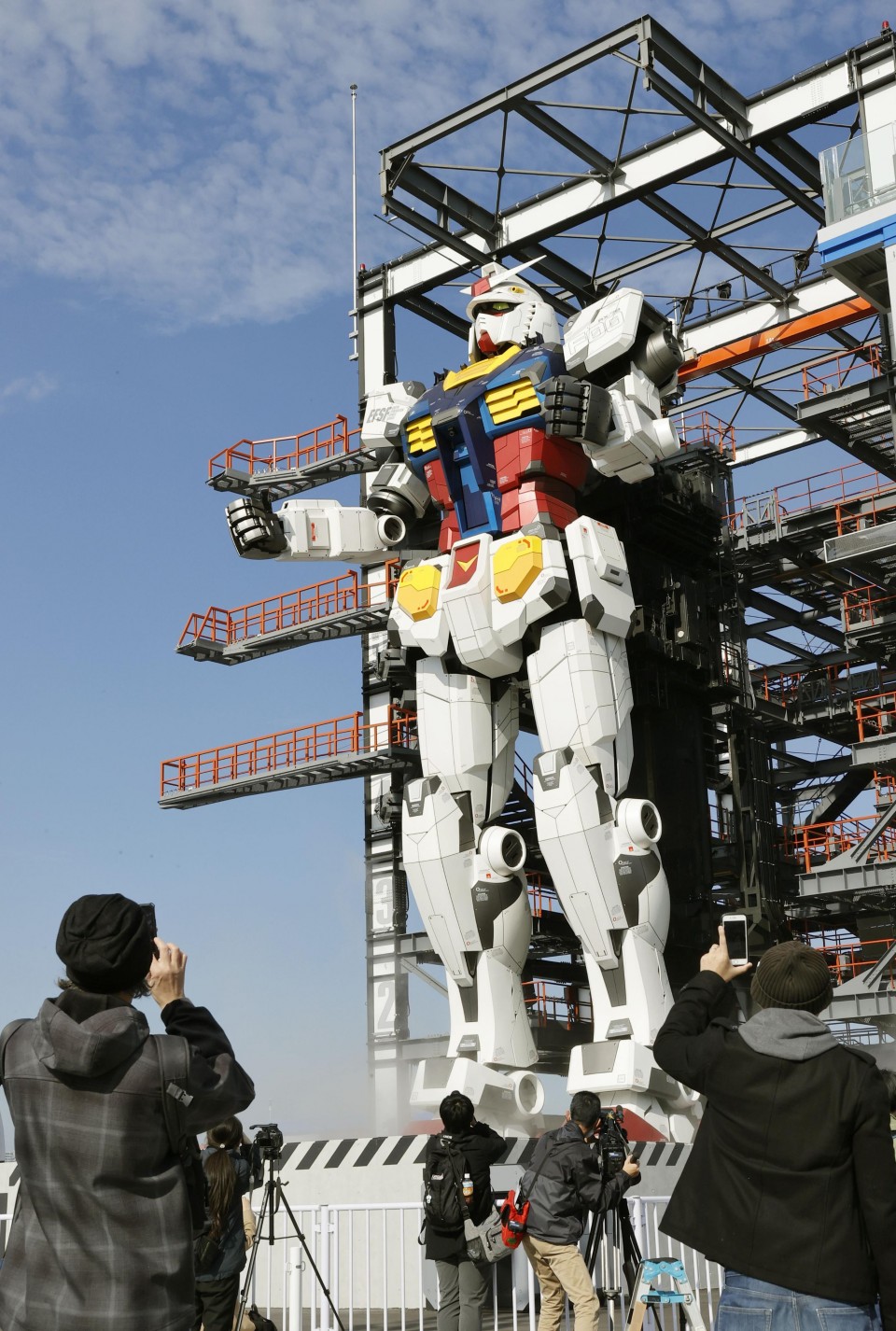 A "life-size" moving statue of the Gundam robot is shown to the media on Nov. 30, 2020. (Copyright Sotsu, Sunrise)(Kyodo)

The new statue, which has more than 20 moving parts, was built at the Gundam Factory Yokohama complex after the 40th anniversary of the broadcasting of the "Mobile Suit Gundam" TV series was marked last year.

Visitors can climb to observation decks at 15 meters to 18 meters on the Gundam-Dock Tower to have close-up views of the anime icon, while the statue will take different poses every half an hour and will be lit up in the evening, according to the facility operator, Evolving G Corp.

At the Gundam-Lab exhibition facility on the site, a virtual reality dome has been installed to simulate sitting inside the cockpit of the 25-ton mobile suit.

At an opening ceremony held Friday, animator Yoshiyuki Tomino who created the series thanked people involved in building the statue, saying, "I hadn't expected anyone to make it for real."

The Gundam Factory Yokohama site was previously scheduled to open in October but it was postponed due to the coronavirus pandemic. The site will be open until March 31, 2022. 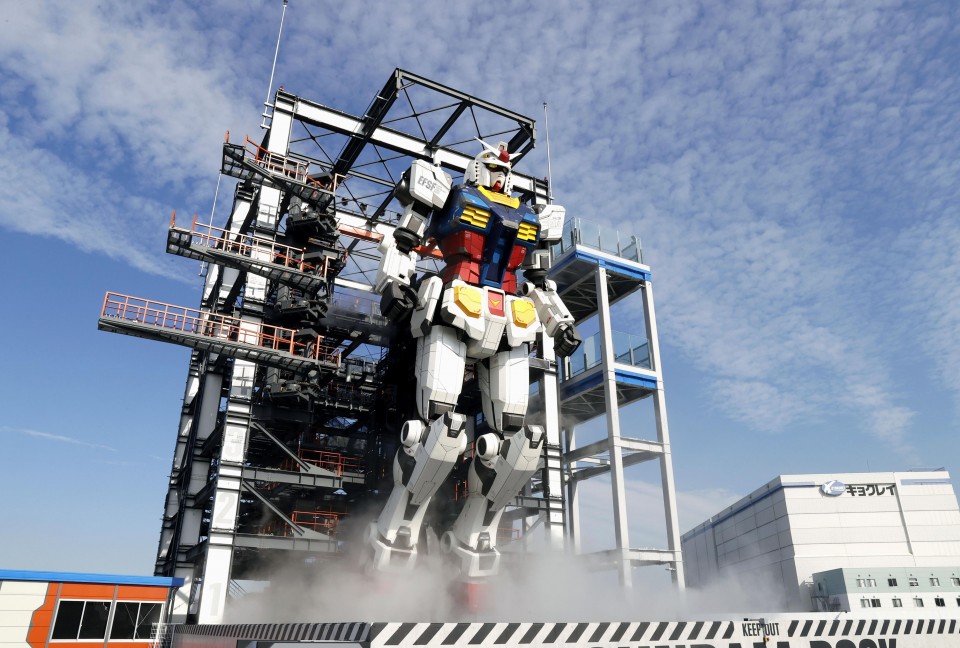 A 18-meter-high "life-size" moving statue of the Gundam robot from the "Mobile Suit Gundam" anime series is shown to the media at a theme park in Yokohama, eastern Japan, on Nov. 30, 2020. (Copyright Sotsu, Sunrise)(Kyodo)