Japan is considering offering 30 billion yen ($289 million) in loans to Mauritius following a major oil spill in July off its coast caused by a Japanese freighter, Foreign Minister Toshimitsu Motegi said Sunday during a visit to the Indian Ocean country. 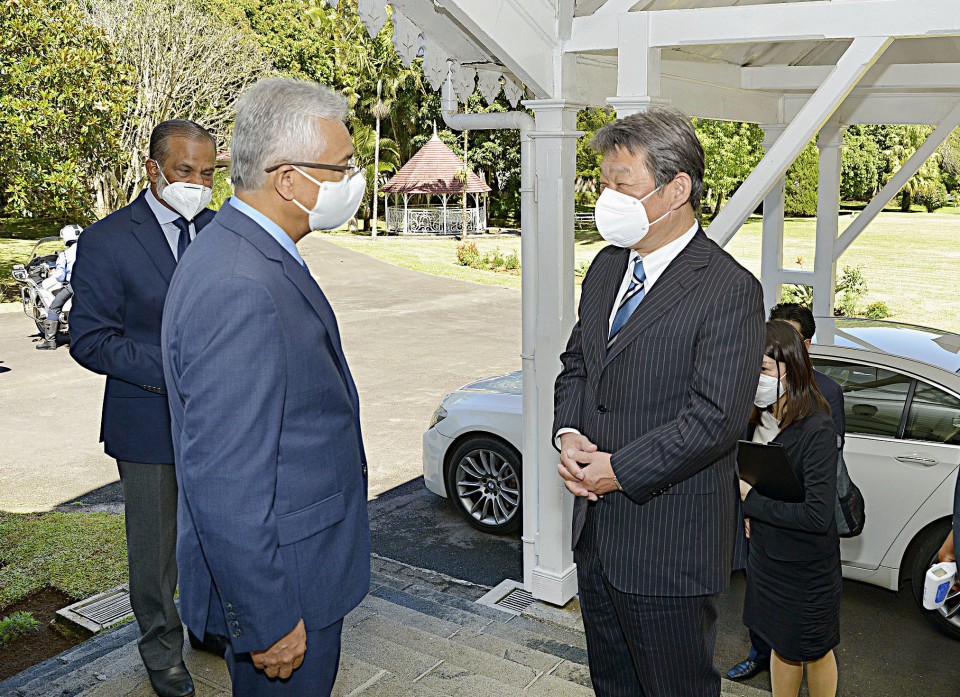 Motegi said Japan will "positively consider" meeting Mauritius' request for yen loans to help it recover from the spill and develop its economy, which has also been hit by the novel coronavirus pandemic.

"Japan hopes to implement concrete cooperative measures thoroughly at an unprecedented speed and size," Motegi told reporters online from Mauritius, after he inspected a coastal area damaged by the oil spill.

Separately, Japan will also extend 600 million yen in grant aid to Mauritius to help its efforts to boost disaster risk reduction, including providing alarm devices and measuring instruments to cope with cyclones and sea level rises, Motegi told a joint press availability with Bodha earlier in the day.

Tokyo is working to compile an aid package for Port Louis after Motegi promised Jugnauth over the phone in September to provide long-term assistance, including support for the local fisheries industry and for restoring damaged mangroves.

Japan has since sent a team of experts to Mauritius to work out the package.

"I hope Mauritius will recover its beautiful environment as early as possible and that it will overcome the coronavirus pandemic to regain a prosperous economy and livelihoods," Motegi told the joint press availability.

The Panamanian-flagged bulk carrier Wakashio, operated by Mitsui O.S.K. Lines Ltd. and owned by Nagashiki Shipping Co., ran aground off the southeast coast of Mauritius on July 25, spilling more than 1,000 tons of oil into the pristine environment.

Motegi, who became the first Japanese foreign minister to visit Mauritius, said Japan will send a mission of business and government officials to the country in February to spur bilateral investment and business.

Mauritius was the last leg of Motegi's seven-day, four-nation African tour that has also taken him to Tunisia, Mozambique and South Africa, with a focus on strengthening business cooperation amid China's growing influence in the resource-rich continent.

In each of the four African countries he visited, Motegi urged cooperation to realize a free and open Indo-Pacific based on the rule of law, freedom of navigation and free trade, and won their understanding, the ministry said.