The Japanese government expressed regret Wednesday after a district assembly in Berlin adopted a resolution to allow a statue symbolizing Korean women who were procured for Japan's wartime military brothels to remain in place. 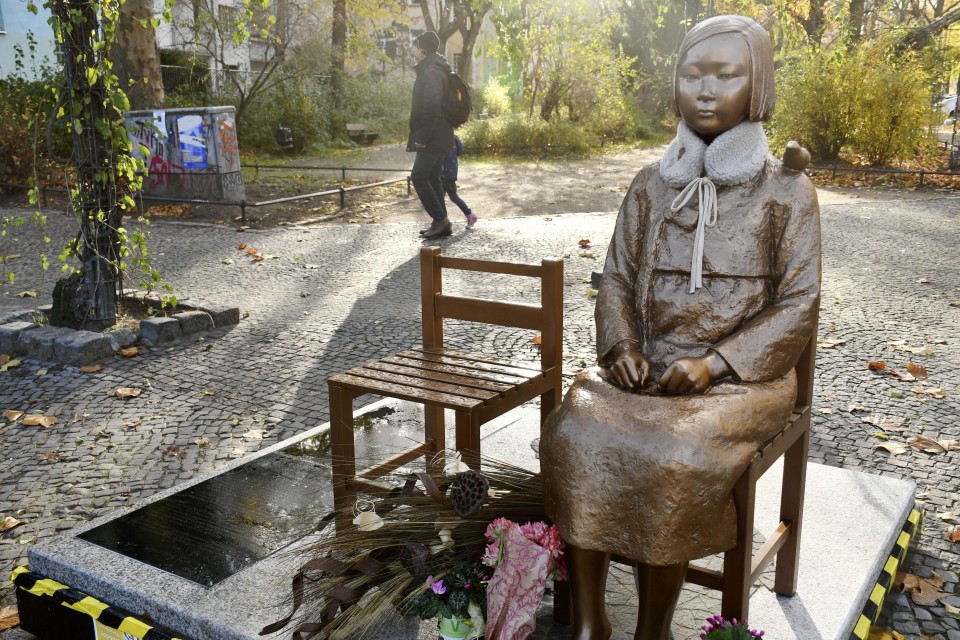 The installation of "comfort women" statues by civic groups outside of South Korea, in addition to those near Japanese diplomatic facilities in Seoul and Busan, has been a source of tension between the two Asian countries.

The Mitte district of the German capital has permitted the installation since September despite objections from Tokyo, and the district assembly passed the resolution on Tuesday.

"The decision (to pass the resolution) conflicts with the Japanese government's stance as well as our approaches and is extremely regrettable," Chief Cabinet Secretary Katsunobu Kato said at a regular news conference, adding the government will continue to call for the statue's removal.

Tokyo maintains that Japan and South Korea already settled wartime issues when they signed a bilateral agreement in 1965, while many in South Korea believe that Japan has not repented sufficiently for its 1910-1945 colonial rule of the Korean Peninsula, including over the comfort women issue.

The statue in Mitte was unveiled in late September, but the district said in early October it had rescinded its approval following Tokyo's objection.

It then reversed its stance in mid-October, saying it will allow the statue to remain for the time being and hopes Japan and South Korea can reach a compromise over the matter.