The Tokyo Games organizing committee confirmed Tuesday that the domestic leg of next year's Olympic torch relay will pass through 859 municipalities across Japan's 47 prefectures, the same as planned before the games were postponed due to the coronavirus pandemic.

Organizers revealed in a press conference that only minor changes in order were made to the 121-day route, set to begin on March 25, 2021, at the J-Village soccer training center in Fukushima Prefecture. Some 10,000 torchbearers are still expected to take part.

To mark 100 days until the relay's start, the landmark broadcasting and observation tower Tokyo Skytree was illuminated in gold-colored lights chosen to evoke the Olympic flame. 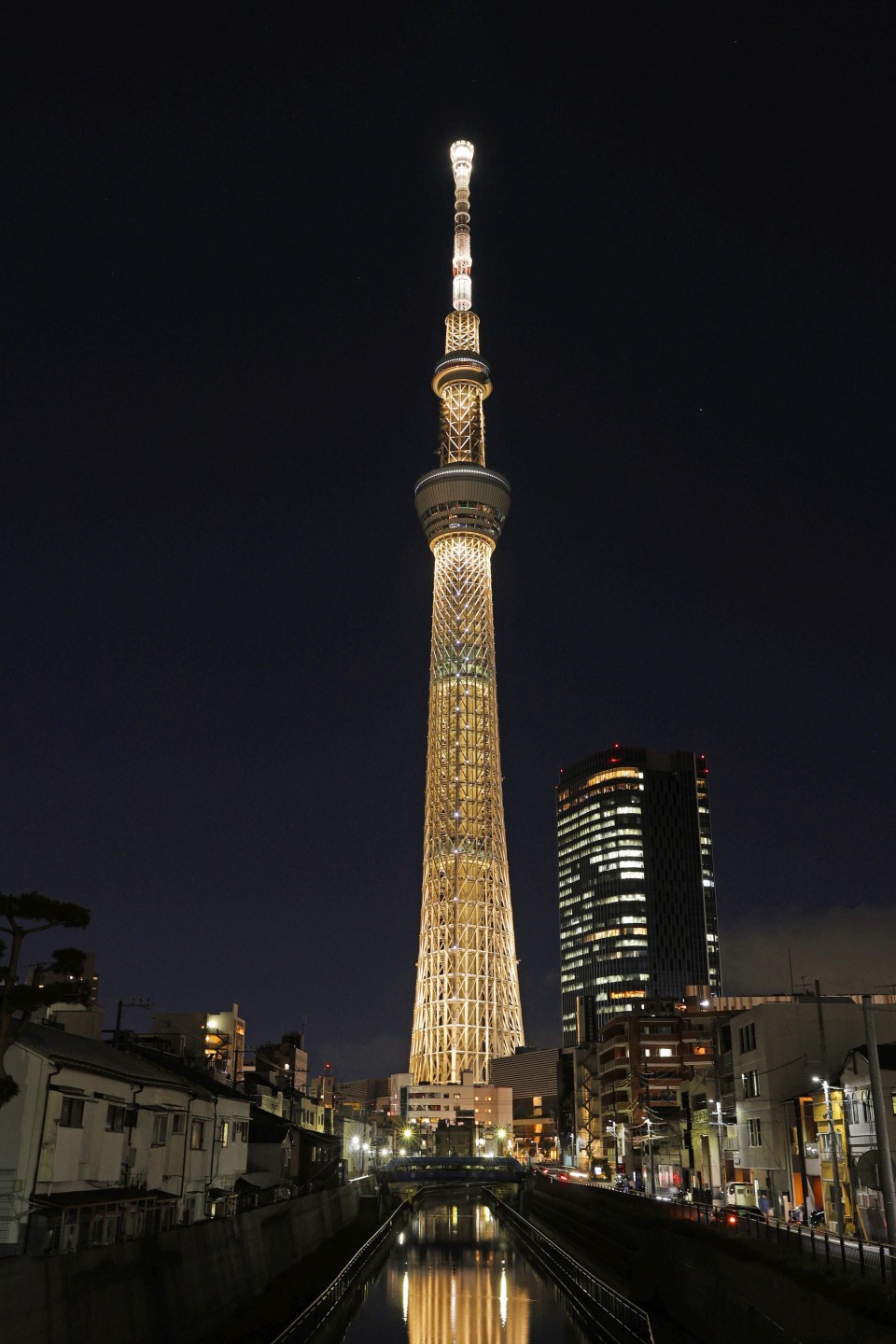 Tokyo Skytree is illuminated in gold-colored lights on Dec. 15, 2020 in Tokyo. (Kyodo)

Amid concerns over the relay drawing large crowds and increasing the risk of infection, the Japanese government is considering countermeasures such as excluding celebrities from running.

After its nationwide tour, the flame will arrive at Tokyo's National Stadium and be used to light the Olympic cauldron during the opening ceremony on July 23 next summer. 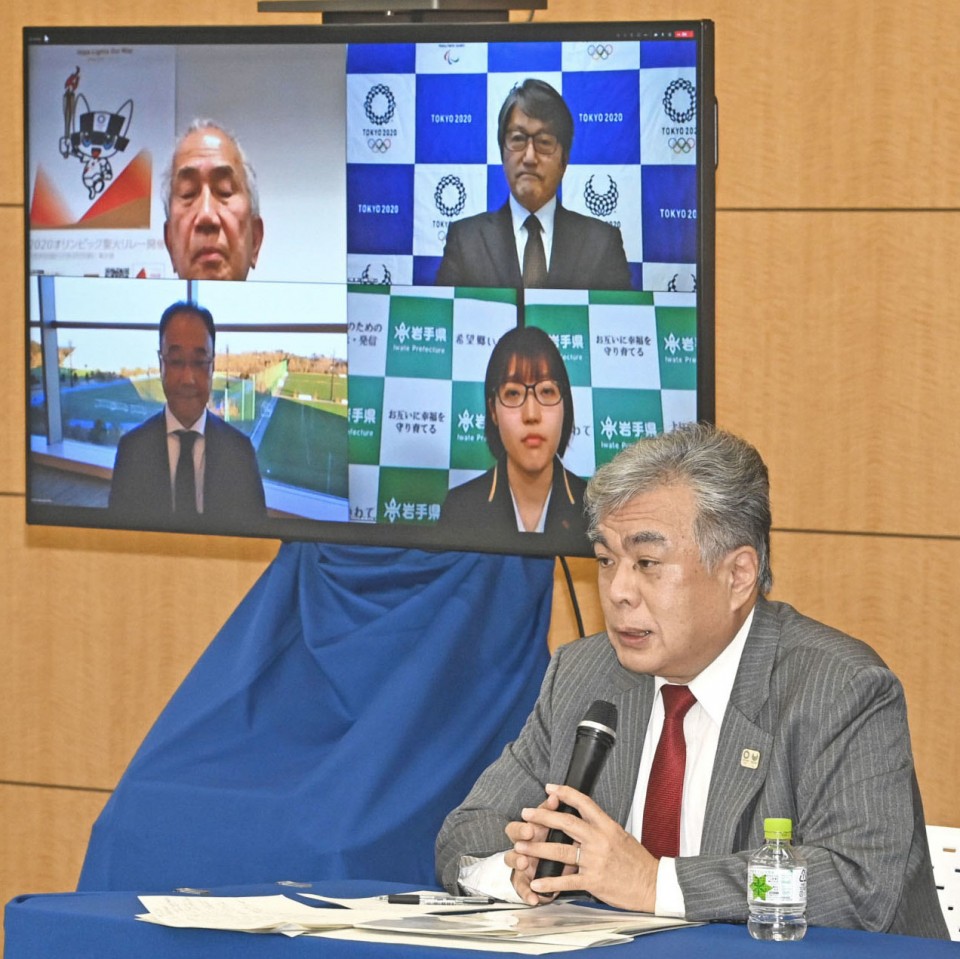 The flame for the Tokyo Olympics was lit behind closed doors in ancient Olympia, Greece, on March 12. The Greek leg of the torch relay was called off a day later over concerns of spreading the virus amid the escalating outbreak.

The Japanese leg of the relay was originally scheduled to start on March 26 in Fukushima before the unprecedented decision was made two days earlier to postpone the games for one year amid the global pandemic.

The flame arrived in Japan on March 20 and has remained in the host country ever since while occasionally being shown to the public.