Murals depicting former residents of a town left deserted by the 2011 Fukushima nuclear disaster have been painted on buildings on its main streets in an effort to maintain morale among evacuees ahead of what is hoped will be their eventual return.

Two murals of boy who was 2 at the time of the disaster were unveiled Sunday in Futaba, which hosted the crippled Fukushima Daiichi nuclear power plant. They join several other murals painted since the project was launched earlier this year. 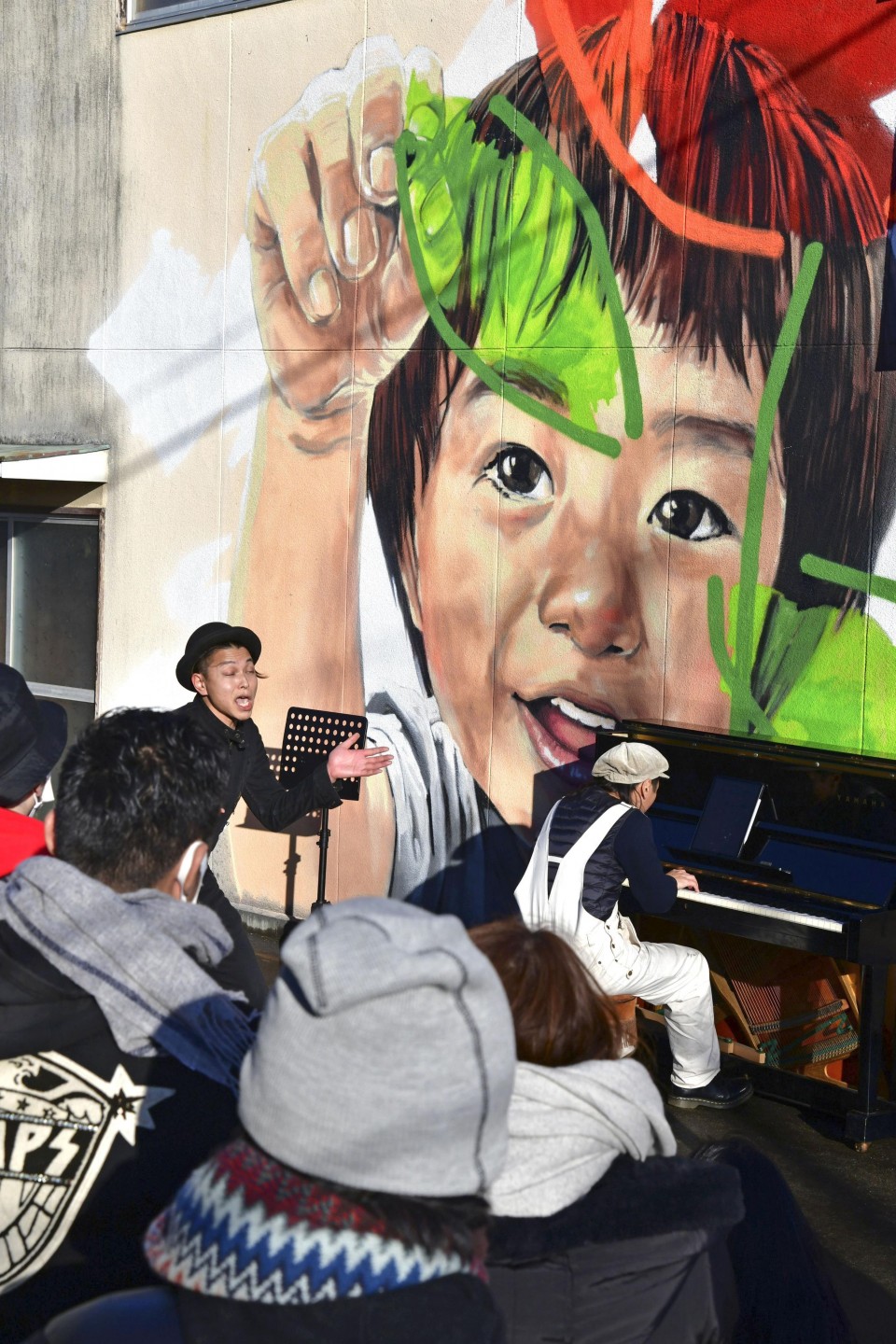 Photo taken on Dec. 13, 2020, shows a mural of a boy painted in Futaba, Fukushima Prefecture. (Kyodo)

The new murals, each about 7 meters in height and 5 meters in length, were painted on the exterior walls of a building that used to house a shop in front of JR Futaba Station. One depicts him as a 2-year-old toddler at the time of the earthquake, tsunami and nuclear disaster, while the other shows him as he is now.

Futaba was designated a no-go zone due to high radiation levels following the disaster on March 11, 2011. Japan partially lifted its evacuation order in some parts of the northeastern town in March, but nobody is able to live there.

On Sunday, about 10 people including former residents visited the town to see the new additions to the art project.

"I couldn't come to terms with the devastation of my hometown, but the murals gave me a chance to move forward," said Nozomi Kanda, currently a resident of Ichikawa, Chiba Prefecture, near Tokyo, who visited Futaba for the first time since the disaster.

The project was launched after a former resident, Jo Takasaki, came up with the idea of giving some life back to the town by decorating it with murals. He was inspired by a project in Amsterdam that transformed a former shipyard into a cultural hotspot through vibrant graffiti.

A Tokyo firm, Over Alls Co., agreed to paint the murals for free after its graffiti artists were moved by the 39-year-old's proposal.

In October, the company painted an eye-catching mural of a woman who owned a fast-food restaurant looking through the hole of a doughnut in front of the railway station.

In the Fukushima disaster, three reactors at the plant, which straddles Futaba and the neighboring town of Okuma, suffered meltdowns and spewed radioactive materials into the air, forcing a mass evacuation of residents.

It is hoped residents will be able to return to live in the parts of the town where the evacuation order was lifted in spring 2022. 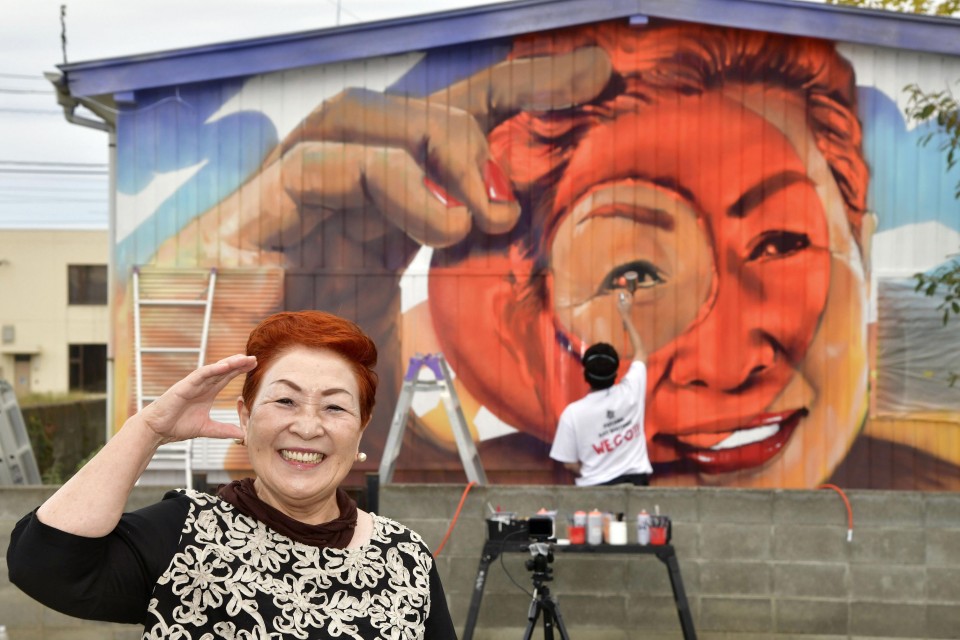 A mural of a woman who owned a fast-food restaurant in front of JR Futaba Station. (Kyodo)