Creative director Hiroshi Sasaki, who directed Japan's unique handover portion of the 2016 Olympics closing ceremony, will now be in charge of revising the plans for Tokyo Olympics and Paralympics opening and closing ceremonies, sources with knowledge of the matter said Tuesday.

Nomura Mansai, a master of the traditional Japanese Kyogen comic theater, had been in charge of a seven-member planning team, but the operation will now be run by the 66-year-old Sasaki, who had been on the team in charge of the Paralympics ceremonies. 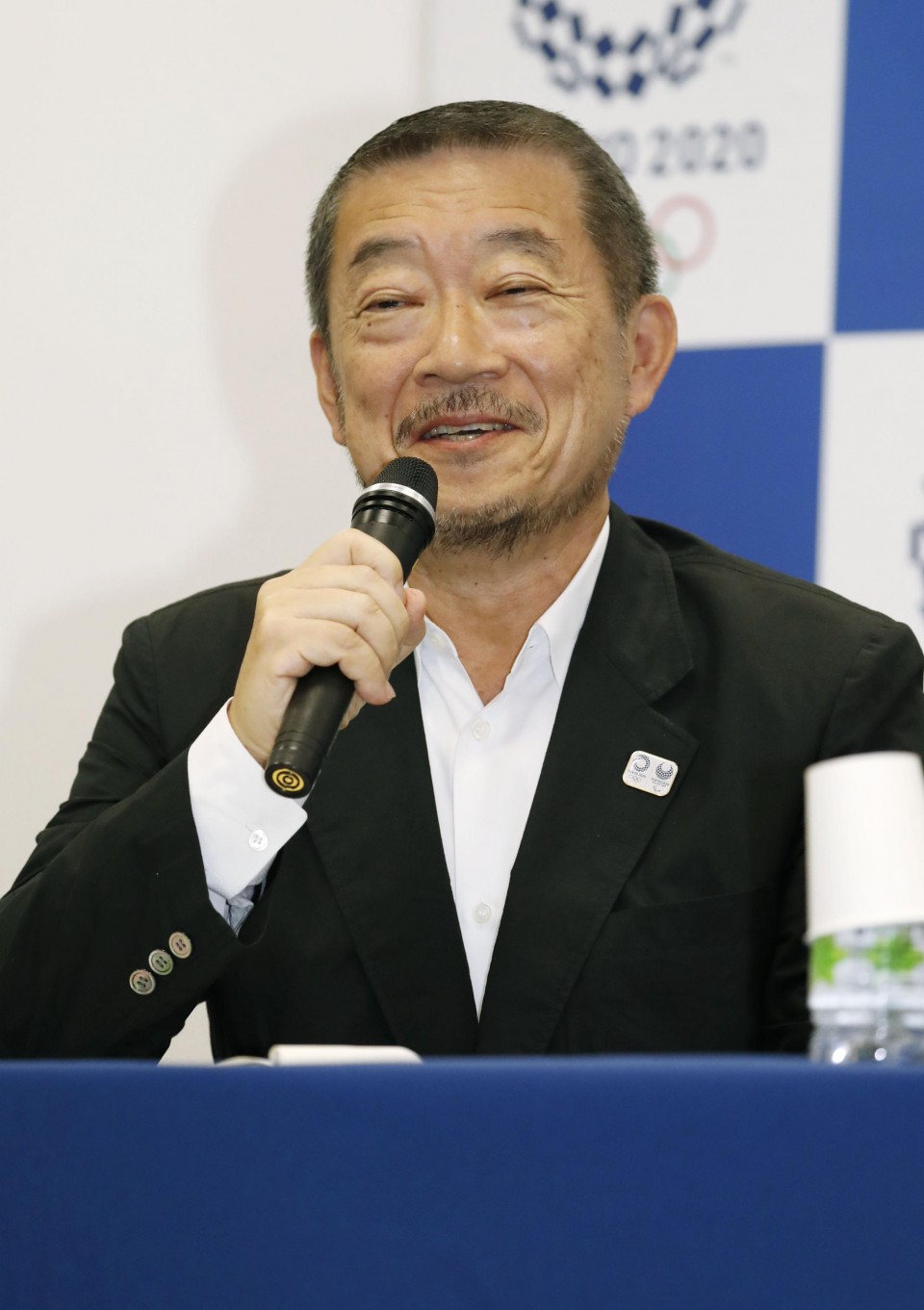 Creative director Hiroshi Sasaki speaks to the press in Tokyo on July 31, 2018, after he was appointed the previous day by the organizing committee of the 2020 Tokyo Games to take the lead in creating the format and stories for the opening and closing ceremonies of the Paralympics. (Kyodo) ==Kyodo

With the Olympics and Paralympics postponed for one year due to the coronavirus pandemic, the change at the top comes as organizers review the plans for the opening and closing ceremonies to ensure they fit the needs of these games being staged in such difficult circumstances.

Nomura and Sasaki are set to give a press conference on Wednesday.

This past July 23, one year to go before the postponed Olympics, Sasaki directed an event at the National Stadium, in which he had swimmer Rikako Ikee, less than a year removed from her hospitalization for leukemia, deliver a visually stirring message of hope to the world.

And with time in short supply before the games begin next summer, it has been decided to revamp the ceremonies' creative planning around Sasaki, who is famous for his innovation.

As part of Sasaki's production at the 2016 Rio de Janeiro Olympics closing ceremony, former Prime Minister Shinzo Abe appeared in the guise of the character Mario from the video game "Super Mario Bros." Sasaki is also known in Japan for his hit TV commercials including a long-running series for telecommunications company SoftBank Corp.