Prime Minister Yoshihide Suga on Friday reiterated his commitment to hosting the Tokyo Olympics and Paralympics next summer, promising that the games, which were delayed due to the coronavirus pandemic, will be "safe and secure" even as Japan grapples with its worst wave yet of infections.

In a pre-recorded address to the U.N. General Assembly, Suga invoked his past assertions that the Tokyo Games will serve as "proof that humanity has defeated the pandemic," which has claimed nearly 1.5 million lives around the world and upended the global economy. 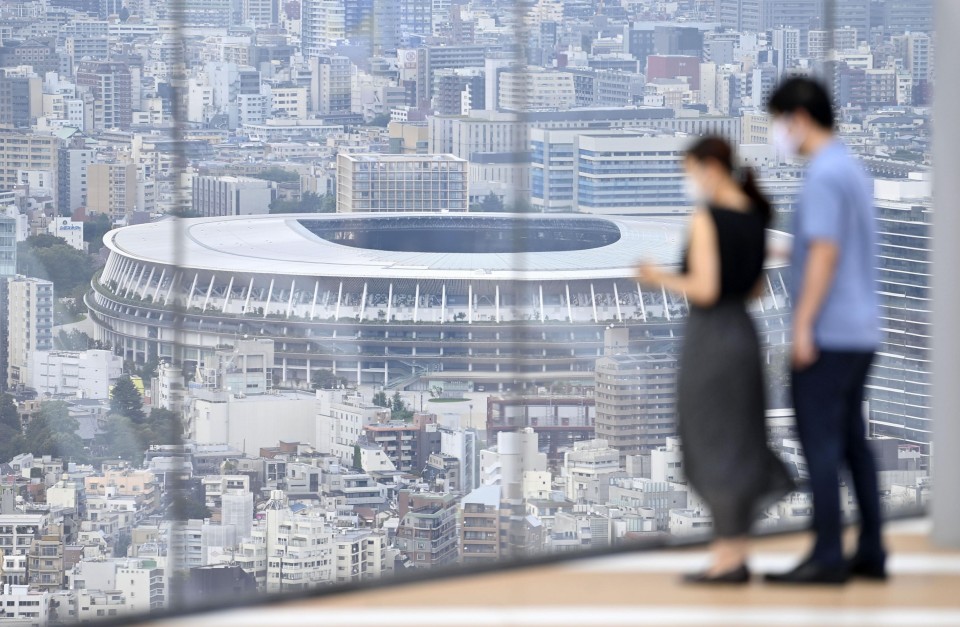 People wearing face masks look at Tokyo from the Shibuya Sky observation deck on July 10, 2020. Seen in the center is the National Stadium, rebuilt for the 2020 Tokyo Olympics and Paralympics, which has been postponed to 2021 due to the coronavirus pandemic. (Kyodo) ==Kyodo

"I will continue to spare no effort to bring about the games that are safe and secure," he said at a special session on the novel coronavirus.

Japan has so far managed to avoid a health crisis on the scale of hard-hit countries such as the United States. The government lifted a nationwide state of emergency in late May after an initial wave of infections settled down, with a second wave in the summer also eventually subsiding. 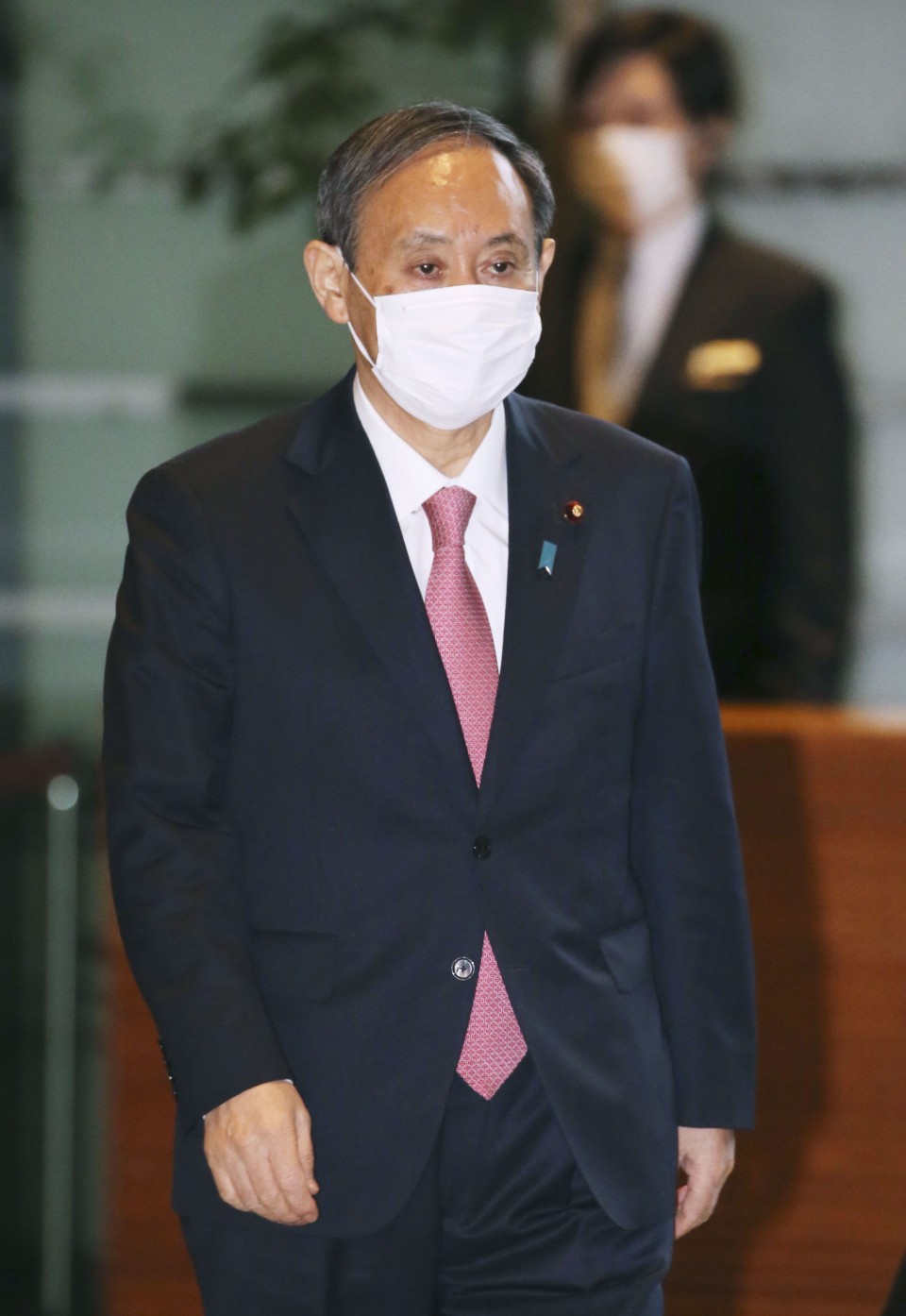 But a recent rise in new cases in urban areas such as Tokyo, Osaka and Sapporo -- that some health experts are calling a third wave -- has pushed the government to partially suspend its domestic tourism incentives and prepare an additional economic package.

Organizers of the 2020 Games, which were postponed for the first time during peacetime since the first modern Olympics in 1896, and the government are considering measures to allow the competition to go ahead while preventing outbreaks, including regular testing for athletes.

In his address, Suga stressed the need for the international community to come together to fight the coronavirus, saying that "we must realize a 'united world,' not a 'divided world,' in the face of this challenge."

The remarks came amid heightened tensions between the United States and China, the world's two largest economies, over issues ranging from trade and security to human rights.

"Japan stands ready to cooperate in the review and reform process" of the World Health Organization, which has been criticized for its initial response to the pandemic, "in order to not only overcome the current crisis, but also to be better prepared for future crises," Suga said.

The U.N. General Assembly held its annual meeting virtually in September but called a special two-day session from Thursday to discuss the coronavirus response.