An earthquake with a magnitude of 6.5 rattled northeastern Japan on early Monday, but no tsunami warning was issued, the weather agency said. 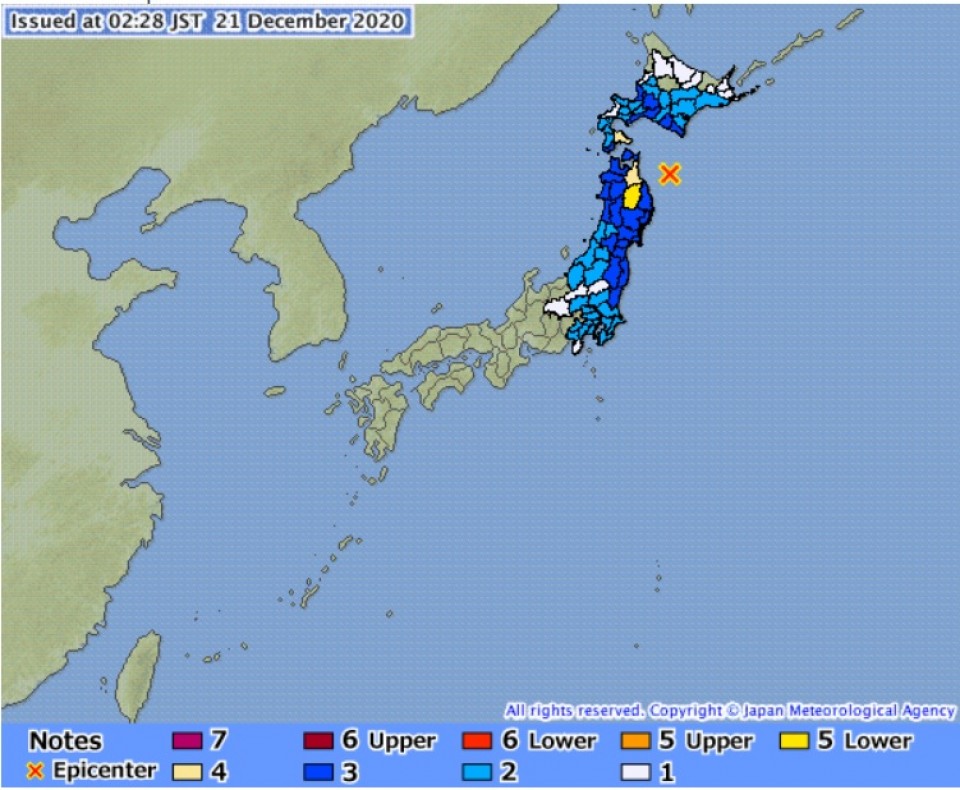 The quake at 2:23 a.m. with its focus at a depth of 43 kilometers off Aomori Prefecture registered lower 5 on the Japanese seismic intensity scale of 7 in Morioka, Iwate Prefecture, a level of shaking described as frightening to many people and creating a need to hold onto something stable, the Japan Meteorological Agency said.

The strength of the temblor was revised upward from the initially reported magnitude 6.3.

The quake was also felt in part of Hokkaido, Japan's northernmost main island. There were no immediate reports of injuries or major damage from the temblor.

No abnormalities were found in the nuclear power plants and affiliated facilities in the region.

Although there may be slight changes in sea levels in the Pacific coastal area of northeastern Japan, there is no danger for tsunami, the agency added.