For Oliver Takahashi, who heads the Tokyo Games team at Olympic sponsor Coca-Cola (Japan) Co., working at major international sports events is an addiction -- when one comes to an end, he is so overwhelmed with a sense of achievement that he wants to start all over again.

Therefore, the thought of working at next summer's Tokyo Olympics and Paralympics on home soil as a member of Coca-Cola, one of the main sponsors of the games, was what moved Takahashi forward after he was involved in a horrible accident in March last year that left him severely visually impaired. 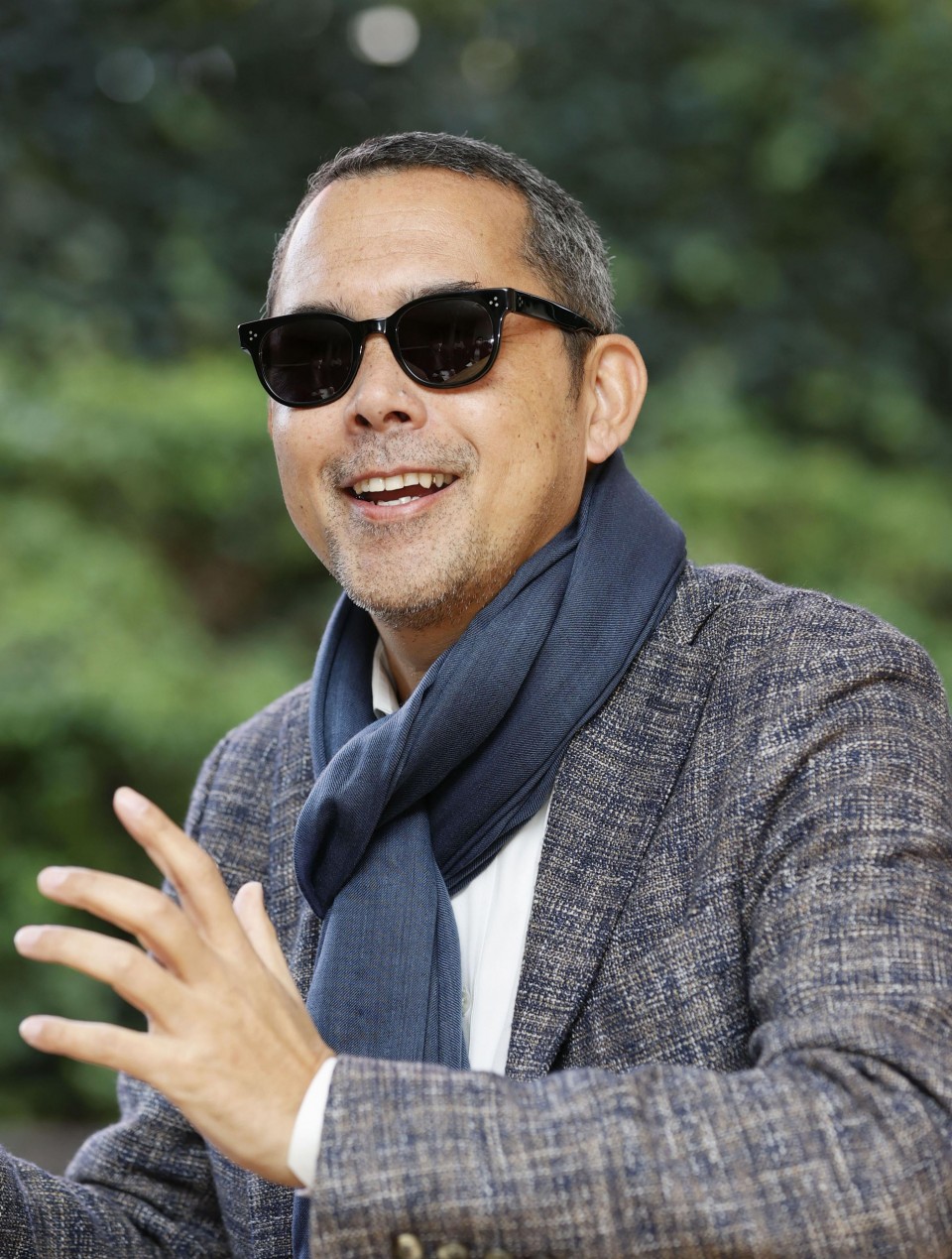 "I thought the Olympics would be over if I didn't pick up my pace (of recovery)," the 50-year-old said, recalling the aftermath of the accident that left him unconscious for about 10 days and hospitalized for over two months.

"Luckily, my company was willing to take me back. That gave me courage, and I was determined to get better and return to work," he said. "I wanted to get the job done."

The Coca-Cola Co., headquartered in the United States, has supported every Olympic Games since the 1928 edition in Amsterdam, according to the International Olympic Committee. It is one of the 14 firms currently part of The Olympic Partners program, the highest level of sponsorship, granting category-exclusive marketing rights during the games.

Takahashi has worked in sports for nearly 30 years since graduating from the University of Sydney in Australia. He started the Olympics team at Coca-Cola Japan in August 2016.

However, on March 9 last year, he was involved in a single-vehicle accident while driving from Tokyo to see an event that his company was holding in Shizuoka Prefecture to mark 500 days to go until the opening of the Olympics.

"I crashed into a wall somewhere, and I was at a hospital when I woke up," he said.

He said he was flown to a hospital in a helicopter after the crash. When he woke up, he had multiple fractures and his head was wrapped in medical dressings.

"I sensed that I probably couldn't see anymore," Takahashi said. "I asked my doctor if I had lost my vision, but I didn't get an answer for about three weeks. So I said, 'please stop, because I know.'"

"I would be lying if I said I was strong all along, but I remember not being so upset. You can't have what you don't have. Being upset wouldn't let me get my vision back," said Takahashi, who was born in Germany to a Japanese father and a German mother.

He held meetings with officials of the Tokyo Games organizing committee, among others, at the hospital before he was discharged in late May 2019. He did not waste any time getting back on his feet and was back at work several days later.

"There were many times when I thought (not being able to see) is a disadvantage, but every time, people around me would say that it was not," he said. "They have pushed me forward."

Roughly one year after his accident, the Olympics and Paralympics were postponed due to the novel coronavirus pandemic. Even though Coca-Cola has institutional know-how from its 90-year involvement in the Olympics, a postponement because of a health crisis is unprecedented and threw up some unique challenges.

"I was just glad they were postponed, not canceled," said Takahashi, who grew up dreaming of becoming an Olympic swimmer. His team has been taking the extra time to review their preparations and to come up with different scenarios for next summer, he said.

However, he will not be there when his team's plans come to fruition as he is set to finish up in his role this month. But he is determined to contribute to the world of sports, also with some new focus on para sports.

In April, he founded a company in the hope he could share his knowledge and experience with Japanese companies that have sponsorship deals related to sports. While his former roles included supporting sponsors at FIFA, the governing body of football, he said many companies are not using their sponsorships to full effect.

"Japanese sponsors seem to become satisfied with the fact that they have become sponsors. This is an expression I use often, but it's like buying a very expensive foreign car without a driving license. So they can't drive it and the car gathers dust," he said.

"I want to do something if there is a platform for me to help," he said, adding his experience of the car accident allowed him to think more about para sports, which garner less attention and have fewer competitive opportunities and funds compared with their able-bodied equivalents.

"I have a feeling that I can lend a hand," he said.