The world exposition body on Tuesday formally approved plans for the 2025 exhibition in Osaka in its virtual general assembly, paving the way for the western Japan city's start of preparations in earnest and invitation of participants from abroad.

The proposal includes financial plans for the 125 billion yen ($1.20 billion) construction costs, which will be split evenly by the nation, Osaka Prefecture and Osaka city, and private companies. 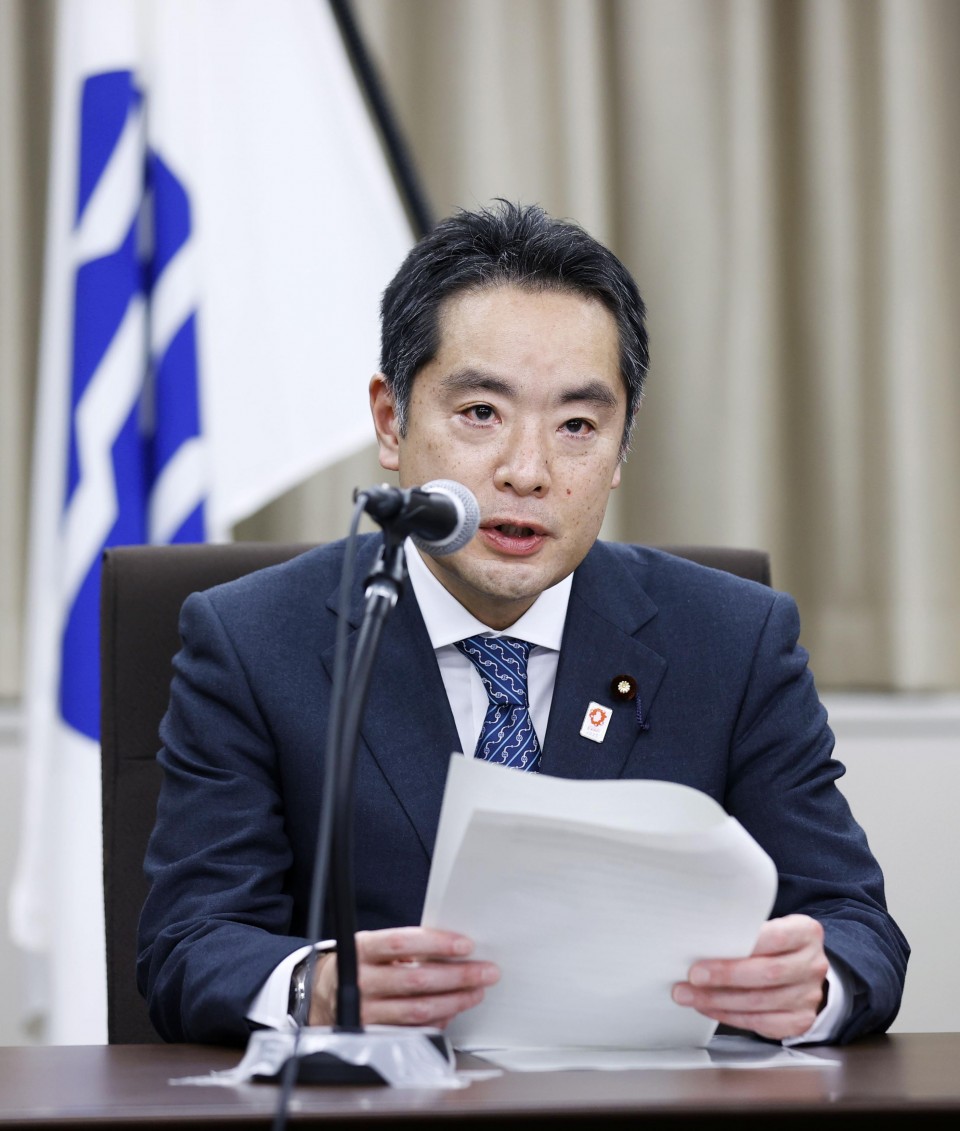 Shinji Inoue, minister in charge of the 2025 World Exposition in Osaka, makes a speech during an online general assembly of the Bureau of International Expositions on Dec. 1, 2020. (Kyodo)

"We will present a resilient and sustainable society in a post COVID-19 world" through the event, said Shinji Inoue, minister in charge of the 2025 World Expo in Osaka, during the online assembly.

The main theme of the expo is "Designing Future Society for Our Lives," with the three subthemes of "Saving Lives," "Empowering Lives" and "Connecting Lives."

Participant countries will display a myriad technologies ranging from information and communication technology to artificial intelligence, as well as sanitation measures to tackle pandemics, among others.

It will be held on Yumeshima, a man-made island in Osaka Bay, from April 13 through Oct. 13, with a goal of hosting 150 countries.

"We will have to make the event a big success if we want an economic recovery from the pandemic," Osaka Mayor Ichiro Matsui told reporters. "We need to create momentum so people can participate from around the world."

Separately, Masayoshi Matsumoto, chairman of the Kansai Economic Federation, welcomed approval of the Osaka Expo by the Paris-based BIE, saying it marked a major step forward toward the launch of invitations for participating countries.

"We will do our best in making preparations in coordination with the government, the Japan Association for the 2025 World Exposition, local authorities and other parties," he said.

The 2025 event will be the sixth official international exposition to be held in Japan following the 2005 event in Aichi Prefecture. Osaka also hosted a World Expo in 1970 and 1990.

It expects around 28 million people to attend, exceeding the 22.05 million who came to visit the Aichi event.

The idea for the 2025 expo was initially floated in August 2014 by Matsui, then governor of Osaka Prefecture, and was approved by the central government in April 2017.

Japan was selected as the 2025 host in November 2018 during the BIE general assembly after votes were cast by member states, defeating bids by Russia and Azerbaijan.

The world body holds its general assembly twice a year, but the June meeting, where Japan expected the plans to be approved, was postponed due to the coronavirus pandemic.

An exposition in Dubai in the United Arab Emirates planned for October 2020 was also delayed for a year for similar reasons.