Hundreds of Japanese cities that registered to host overseas athletes for training camps ahead of the Tokyo Olympics and Paralympics remain under a cloud of uncertainty about the impact the novel coronavirus pandemic will have on their plans.

The northeastern city of Aizuwakamatsu has been preparing to welcome Thailand's national boxing team and help its members get into top shape for about two weeks before they are to compete in the Summer Games, set to open in July after a one-year postponement.

As the team's "host town," officials and the boxing community in the Fukushima Prefecture city have also considered the Tokyo Olympics a chance to promote international exchanges with Thailand and grow the sport locally.

However, they are now scrambling to come up with effective measures to protect the health of athletes, despite not knowing what to expect next summer. 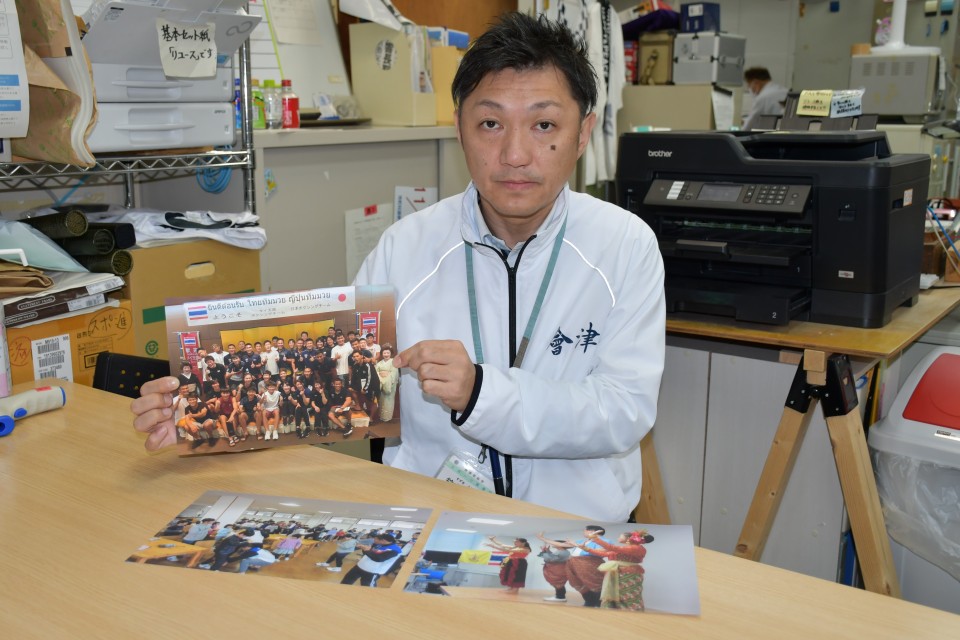 Yoshikatsu Suzuki, an official of Aizuwakamatsu, Fukushima Prefecture, poses for a photograph on Dec. 4, 2020. (Kyodo)

"First of all, will the athletes actually come to our city?" asked Yoshikatsu Suzuki, an Aizuwakamatsu official in charge of the program. "How should we prepare our medical system? The virus is our biggest concern, especially what we should do if an athlete contracts it."

"There are so many things we need to consider," he said, despite the city having reported just 42 total infections as of Dec. 26.

Known for its famous castle, as well as quality sake and hot springs, the city was named host town for Thailand in 2016 under an initiative run by the Japanese government encouraging municipalities nationwide to welcome overseas athletes to train and spend time with locals.

The initiative, which the government describes as the first of its kind for the Olympics and Paralympics, has over 500 municipalities across Japan enrolled to host athletes and support staff from about 180 countries and regions.

Having worked closely for years with a Thai company in a project to build a mega solar power plant in Aizuwakamatsu, the city wanted to support the Southeast Asian country in some way.

Aizuwakamatsu has also seen an increasing number of tourists from Thailand in recent years and thought working with the team will be the perfect way to raise the profile of the city.

A local group promoting closer ties with Thailand has held several events introducing the country's culture and language. The city has also offered opportunities for residents to learn about their guests, including hosting a cooking class by an owner of a Thai restaurant.

"I want (the host town program) to help strengthen our relationships. I want to see more people in the city to know more about Thailand," said Sota Sato, who leads the Aizu Japan-Thailand Friendship Association.

The officials also have great hopes that hosting Thai boxers will have a lasting impact. Aizuwakamatsu, which has a population of about 120,000, has a powerhouse high school boxing club.

"I wanted kids (who have taken up the sport) to see from up close the training of the world's top athletes. You can tell the power of the boxers by watching them practice from the ringside," said Katsushi Kamiyama, who heads the city's boxing federation.

"The children have been training very hard, so it will be very inspiring for them." 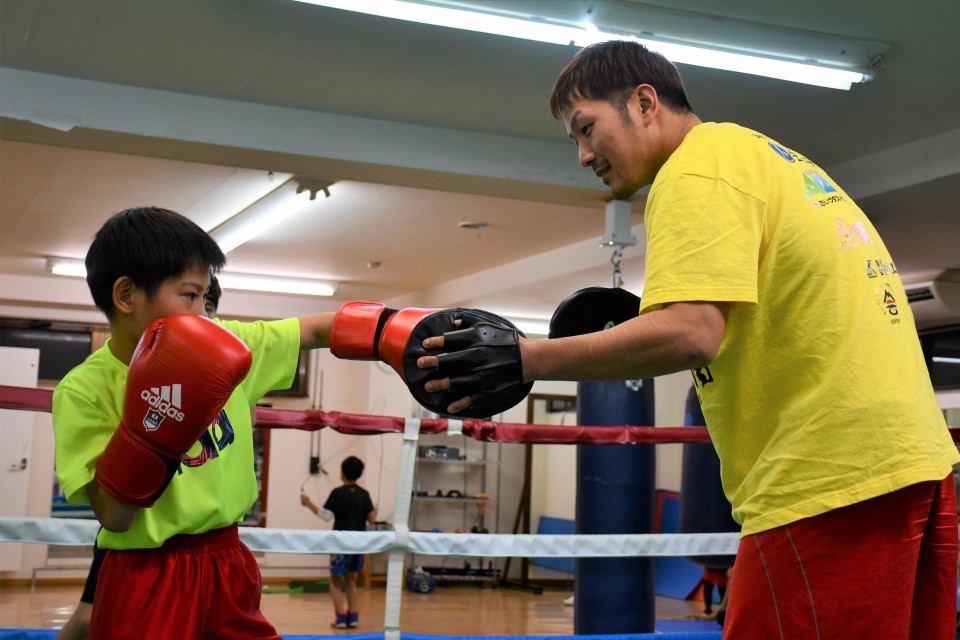 After hosting camps for the team in 2018 and 2019, Aizuwakamatsu had planned to invite Thai boxers back again in 2020 with training sessions set to be accompanied by visits to local schools and other exchange activities.

The Olympics and Paralympics, however, were postponed in March due to the pandemic, just two days before Japan's leg of the games' torch relay was scheduled to start in Fukushima Prefecture.

Now, the Japanese government is urging host towns to implement strict anti-virus measures to protect the health of athletes. While cultural exchanges have been a pillar of the initiative, it has said they should not come into close contact with locals, recommending interactions take place online or after the games close.

Thailand has relatively few cases of infections, while Japan has been fighting with record numbers of confirmed cases and hospitalizations since November. The worst-hit areas are large cities like Tokyo and Osaka.

"The situation with the virus is still not under control, and we will be hosting athletes who can possibly win medals at the Olympics. It is a huge deal if one of them becomes infected," Suzuki said.

Each host town is required by the central government to compile COVID-19 countermeasure guidelines that must be followed by local authorities and overseas visitors, including how to provide transport for athletes and take anti-virus steps at training facilities.

While there is no concrete time frame, such guidelines must be submitted for approval to the government, which will shoulder necessary costs for the measures and virus testing in host towns.

Then, cities, towns and villages have to sign an agreement with representatives of the country or region they are hosting that rules will be abided by, roughly a month before the arrival of athletes, according to a Cabinet Secretariat official.

However, Kamiyama, who also owns Aizuwakamatsu's sole boxing gym with about 200 members, said there may be a limit to what can be done to prevent infections during training because of the sport's nature.

"Boxing is a contact sport so athletes won't be able to social distance. We can ask them to put their masks on, but would they actually do that? It will be hot in the summer and their masks will be soaked with sweat. The gloves will also have sweat and saliva," Kamiyama, 42, said.

When a group of 22 boxers trained in Aizuwakamatsu for about one week in August, 2019, they were joined by about 25 athletes from Japan's national team, coached by a former Olympian who is a native of the city. 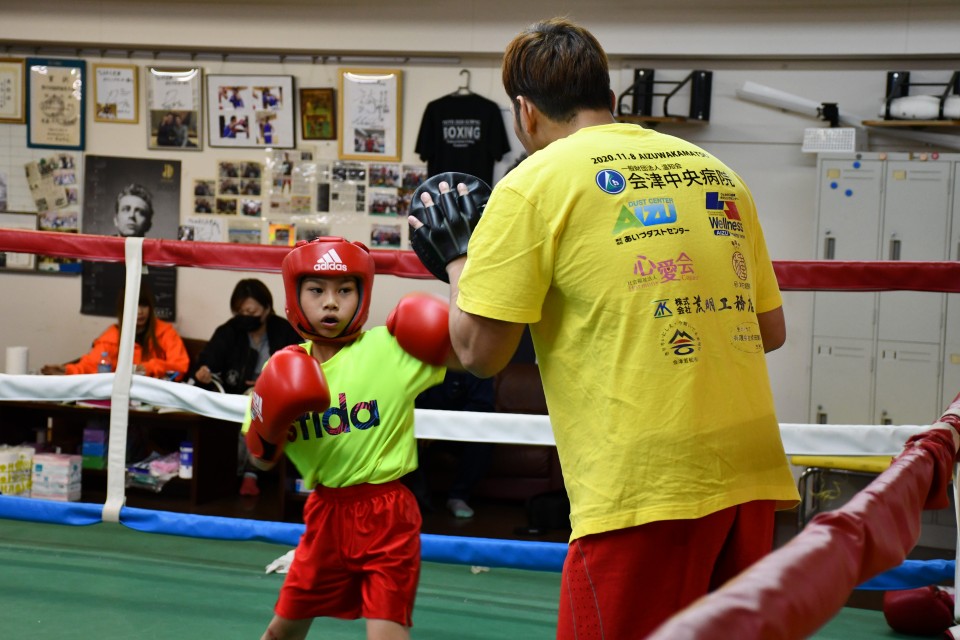 A photo taken on Dec. 4, 2020, shows a training session at a boxing gym in Aizuwakamatsu, Fukushima Prefecture. (Kyodo)

Practice sessions were held in front of local residents, and Thai boxers also visited tourist spots and tried out Japanese food in the city. During their camp in 2018, the athletes also visited an elementary school.

"We were told by the athletes that they were glad that they participated. The students who interacted with them were really excited too" Suzuki said.

Locals also had a part in the elite athletes' training sessions. A group of high school boxers helped out by preparing their drinks and mopping sweat from the floor of the gym.

"They were very powerful and tough," said Haruto Osumi, 18. "Even if they took two punches, they easily managed to return three. I want to be like that."

With the Tokyo Olympics set to open in less than seven months, the Japanese capital and other areas of the country are facing a host of challenges.

In addition to seeing record numbers of infections, a big headache for Tokyo officials is that they have been struggling to build momentum for the Olympics amid public concern over safety and ballooning costs.

More than 60 percent of people who responded to a Kyodo News survey in December were against holding the games next summer. 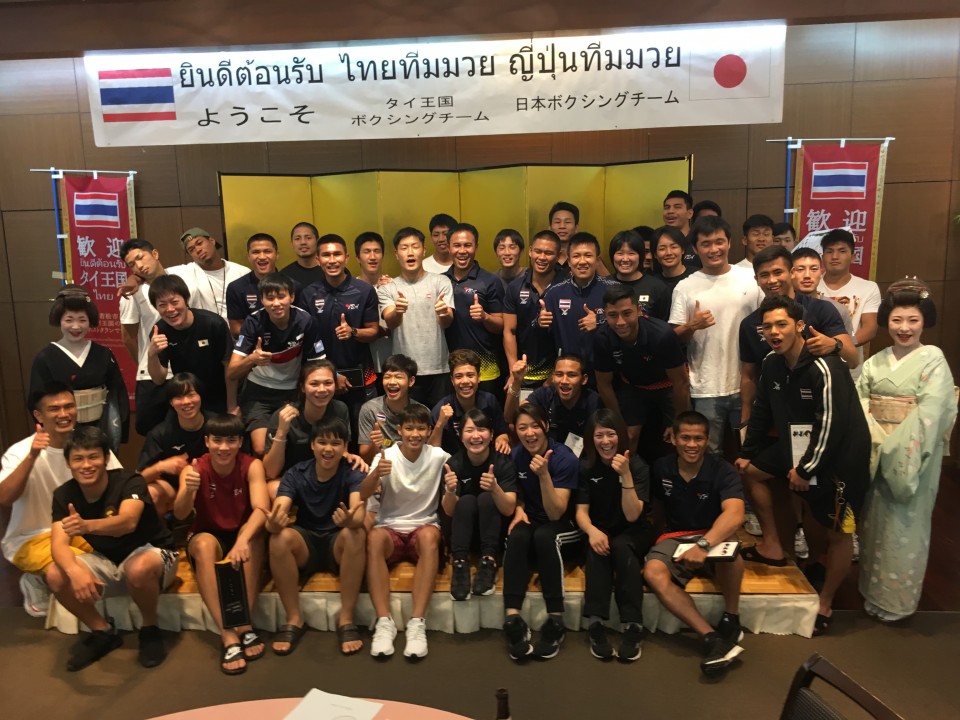 Members of Thailand's national boxing team pose for a photograph with Japanese boxers during their training camp in Aizuwakamatsu, Fukushima Prefecture, in August 2019.
(Photo courtesy of Aizuwakamatsu)(Kyodo)

A much smaller municipality than Aizuwakamatsu, Osaki in Kagoshima Prefecture, is set to host athletes from Trinidad and Tobago, as well as Taiwan's athletics team.

The town in the southwest with a population of about 12,000 hopes that welcoming top-class athletes from overseas will generate excitement and be an encouragement for its residents, said Kenji Nakamura, an Osaki official.

However, the town does not have a hospital that can treat coronavirus patients.

"Our health care system is fragile. Even though residents will not come into contact with athletes, there is still a possibility that officials can contract the virus," Nakamura said.

"Since we are required to accompany athletes to training venues and make sure that precautionary measures are implemented, our responsibilities have increased. I worry if we have enough staff to manage everything."

21% of Tokyo Paralympic tickets to be refunded over postponement