Japan confirmed over 3,700 coronavirus cases Thursday, marking the highest daily tally for a second straight day, as Tokyo and several other areas continued to report record numbers of infections amid growing concern over the strain on the medical system.

The new infections in Tokyo include the case of a Japanese man in his 30s who recently stayed in London. The metropolitan government is planning to examine whether he has been infected with a mutated variant of the virus, potentially more infectious, that has been found in Britain and other European nations.

The country's cumulative total of confirmed cases topped 211,000, according to a Kyodo News tally based on official data. The death toll climbed to over 3,100. 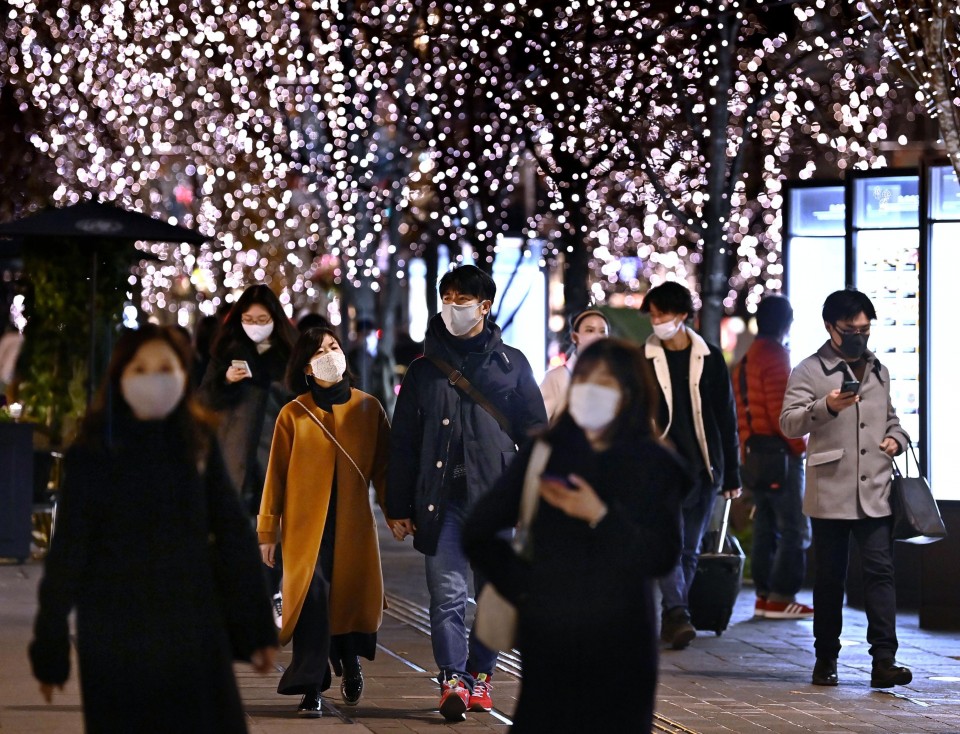 A record of over 640 people had developed severe symptoms, the Health, Labor and Welfare Ministry said.

In Tokyo, 888 new cases were reported, exceeding the previous record of 821 logged on Dec. 17 and bringing the cumulative total in the capital to 54,018.

Its seven-day rolling average reached 649.6, and the death toll in Tokyo surpassed 580.

The man who had stayed in London returned to Japan on Dec. 16. According to the metropolitan government, he was admitted to a hospital after being examined on Monday, complaining of symptoms including coughing and a headache.

Three prefectures adjacent to Tokyo also marked daily records, with 495 cases reported in Kanagawa, 251 in Saitama and 234 in Chiba.

The government's coronavirus panel said it would become difficult to contain the virus in rural areas unless the spread of infections is stemmed in larger cities.

Outside the capital region, Aichi and Kyoto prefectures in central and western Japan also logged record numbers of infections.

The monthly figure for infections in Tokyo in December has topped 13,000 and already surpassed the total for November when the previous high of 9,850 was logged.

The Tokyo metropolitan government has since Dec. 17 raised its alert regarding the strain on the medical system to the highest of four levels and has asked residents to refrain from nonessential travel.

Restaurants, bars and other establishments that serve alcohol have been asked to shorten their business hours by closing at 10 p.m. or earlier in a wide area of Tokyo, the hardest hit of the country's 47 prefectures.

Moderna expects vaccine to be effective against coronavirus variants

18% of Japanese universities remain mostly remote due to pandemic