A magnitude-5.5 earthquake hit the northeastern Japan prefectures of Iwate and Aomori on Saturday, but no tsunami warning was issued, the weather agency said.

The quake at 4:19 p.m. with its focus at a depth of 50 kilometers off the coast of Iwate registered lower 5 on the Japanese seismic intensity scale of 7 in Aomori, the Japan Meteorological Agency said.

Tohoku Electric Power said there were no abnormalities at its Higashidori nuclear complex in Aomori and Onagawa nuclear plant in Miyagi Prefecture, which borders Iwate.

East Japan Railway said its shinkansen bullet train operations were briefly suspended in parts of Iwate due to a power outage following the quake. 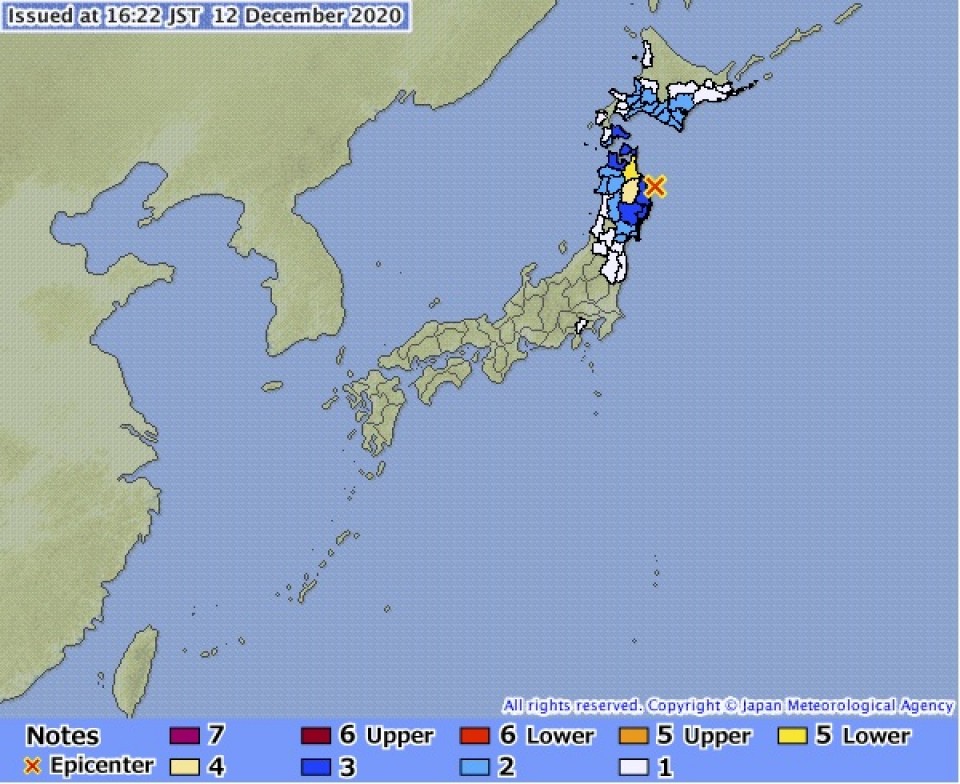