Beijing is apparently trying to improve relations with Tokyo at a time when the U.S.-China row is expected to continue under the administration of U.S. President-elect Joe Biden. 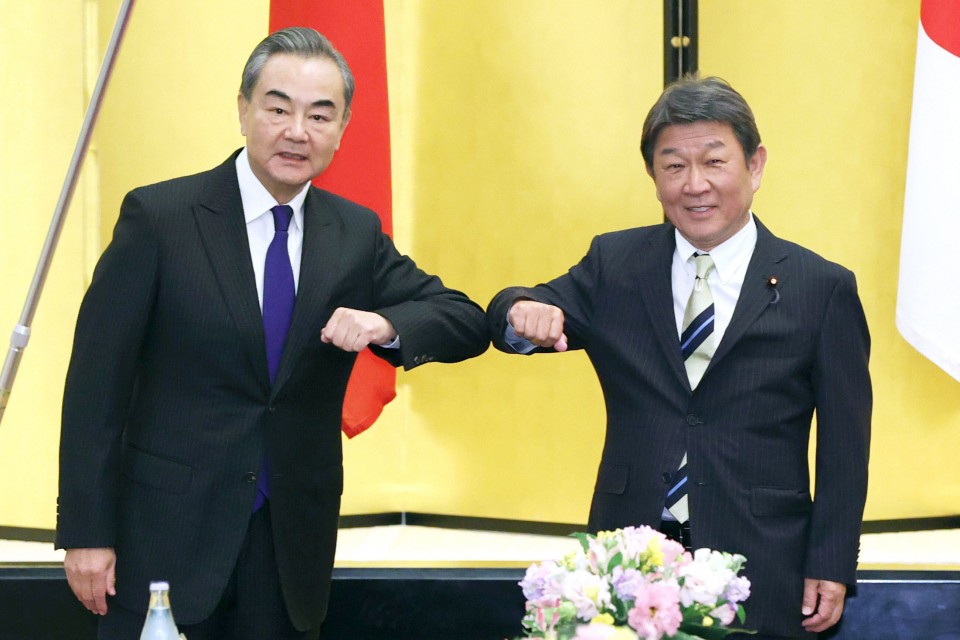 The government of Japanese Prime Minister Yoshihide Suga is giving careful consideration to the request after Wang's remark during his visit in late November claiming Chinese sovereignty over the Japanese-controlled Senkaku Islands at the heart of a bilateral diplomatic feud triggered a public backlash in Japan, the sources said.

In his reply to Wang, Motegi said he will consider the matter at an appropriate time, according to the sources.

Wang's visit came as Japan faces a diplomatic balancing act as it tries to strengthen ties with China, its largest trade partner, and with its key security ally the United States.

At the ministerial meeting on Nov. 24, Wang and Motegi agreed to start allowing mutual business trips without observing a 14-day quarantine period. Before the pandemic, China accounted for the largest number of foreign visitors to Japan.

On the political front, Japan has been wary of the balance of power in the Indo-Pacific region where China is seeking to expand its economic and political clout.

There have been signs of China seeking a thaw in relations with Japan as tensions escalated between Washington and Beijing over trade, security and human rights issues.