The value of the U.S. dollar has plunged in North Korea in recent months, as the country's authorities have started to ban in principle the use of foreign currency since two months ago, sources close to the matter said Wednesday.

The prohibition is apparently aimed at depriving citizens of U.S. dollars, given that North Korea has faced difficulties in obtaining foreign currency after the pandemic of the novel coronavirus stifled its trade with its neighbors earlier this year.

In January, dollars, used at home, were stably exchanged above 8,000 won in Pyongyang. But the U.S. currency began to plummet against its North Korean counterpart in late October and briefly dropped below 7,000 won, according to the South Korea-based Daily NK. 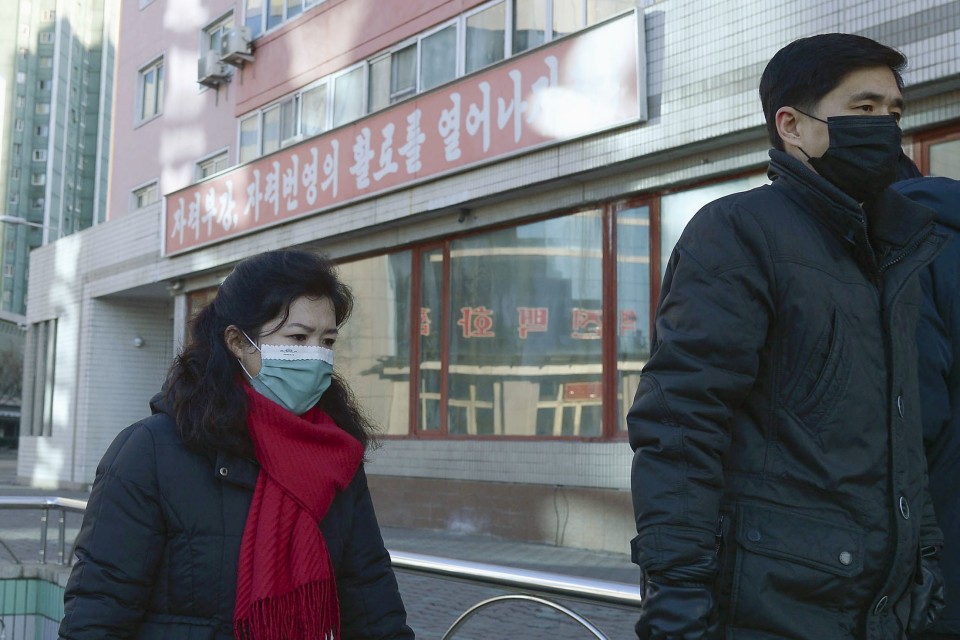 People walk by a signboard with a slogan reading "Let's open the way for self-made power and self-made prosperity" in Pyongyang on Dec. 15, 2020. (Kyodo)

The won has not been traded in the international foreign exchange market. Before the virus outbreak, North Korea tried to acquire U.S. dollars by taking measures such as exporting natural resources to other countries and accepting tourists from abroad.

In North Korea, citizens effectively freely buy and sell items with foreign currency amid the collapse of the nation's rationing system under the socialist planned economy. It has depended on China for more than 90 percent of its trade.

North Korea redenominated its currency in 2009, which caused confusion in the supply of money and the distribution of goods as well as sharply devalued the won. U.S. dollars have been widely used as a transaction currency.

A source familiar with inter-Korean relations said the North has prohibited citizens from using foreign currency at stores since around October.

Following the spread of the virus, first detected in the central Chinese city of Wuhan late last year, North Korea has cut off traffic to and from China and Russia since earlier this year.