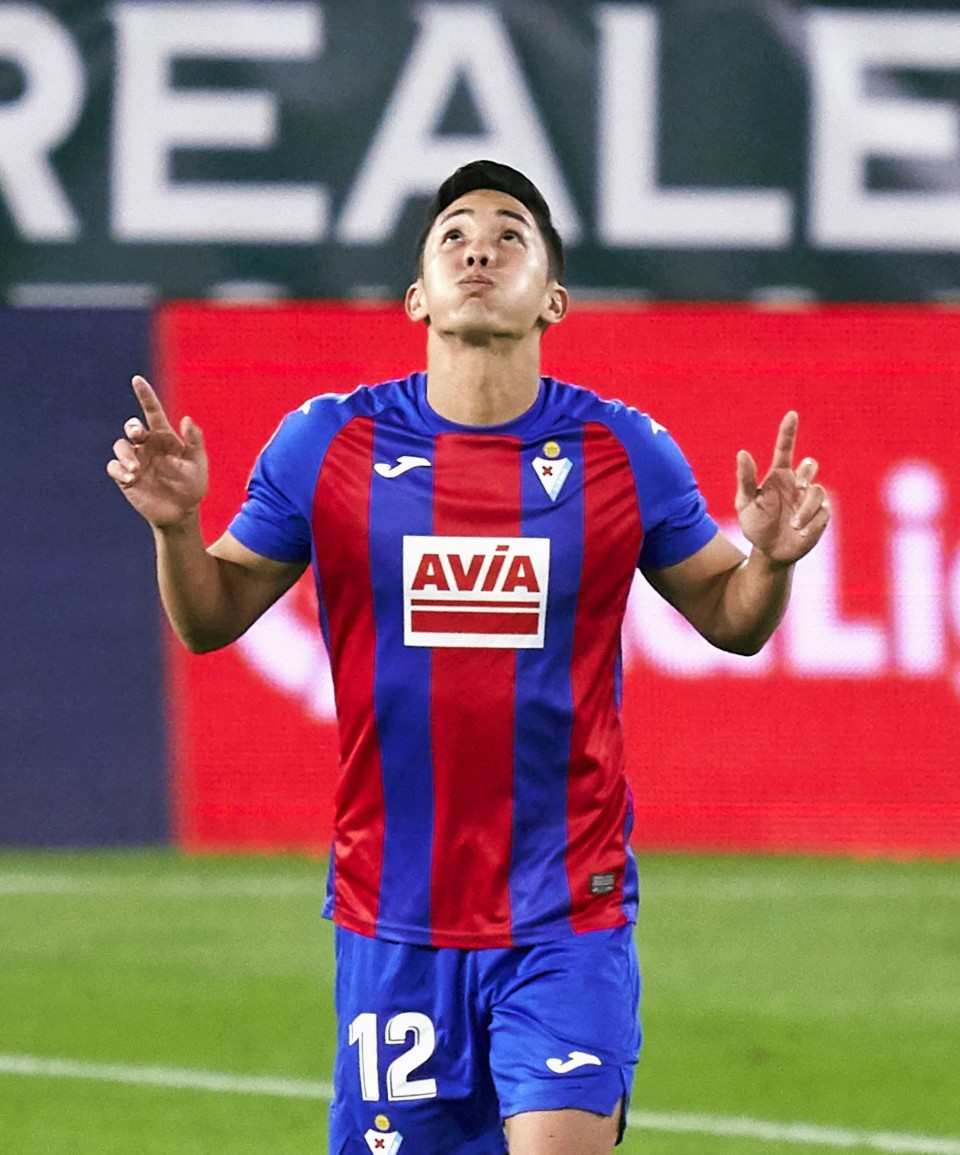 Yoshinori Muto of Eibar celebrates after scoring his team's first goal during the La Liga Santander match between Real Betis and Eibar on Nov. 30, 2020, in Seville, Spain. (Quality Sport Images/Getty/Kyodo)

Muto, who signed a one-year loan deal with Eibar from English team Newcastle in September, scored off a corner in the 49th minute and Esteban Burgos added the team's second five minutes later to give them the away victory at the Benito Villamarin.

Muto was substituted in the 78th minute but his Japanese teammate Takashi Inui played the full 90 minutes in the midfield.

The result moved Eibar up to 12th and left Betis just two points above the drop zone, having lost their last three games.

Muto has now scored goals in La Liga, the Bundesliga and the Premier League in addition to his J-League haul racked up for FC Tokyo before departing for Europe.