Japanese prosecutors are considering a summary indictment of an aide to former Prime Minister Shinzo Abe under investigation over dinner parties alleged to have been illegally paid for with political funds, sources with knowledge of the plans said Friday.

Abe, who the same day promised to cooperate with the investigation "with sincerity," is expected to be questioned by prosecutors soon. 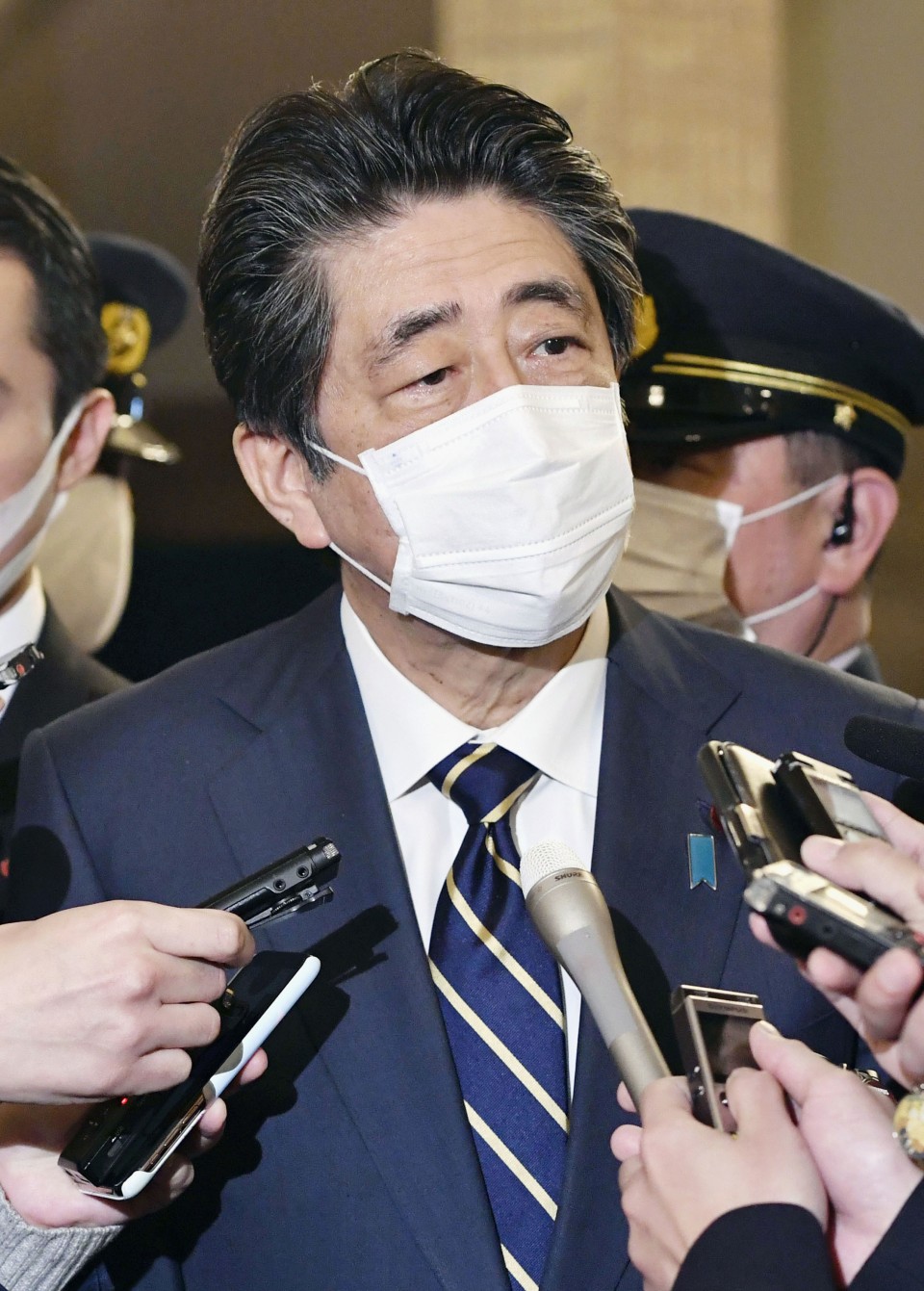 Former Japanese Prime Minister Shinzo Abe speaks to reporters after a House of Representatives plenary session in Tokyo on Dec. 4, 2020, amid allegations that his political group illegally covered shortfalls in the cost of dinners for supporters. (Kyodo) ==Kyodo

A summary indictment is a simplified proceeding that skips court examination and applies to less serious offenses resulting in fines of 1 million yen ($9,600) or less.

The aide has admitted to not keeping legally required records of incomes and expenditures related to the dinner parties, which were held at luxury hotels and attended by voters from Abe's constituency in Yamaguchi Prefecture, western Japan, the sources said.

The total amount not declared could exceed 40 million yen, they said. The aide, one of Abe's taxpayer-paid secretaries, is also head of a group of his supporters that hosted the dinner parties held on the eve of the government's annual cherry blossom-viewing parties between 2013 and 2019.

A separate group that manages Abe's political funds allegedly paid a total of more than 9 million yen between 2015 and 2019 to cover part of the cost of the dinner parties.

Abe, who resigned as prime minister in September but remains a lawmaker, is likely to deny any knowledge of the lapse in bookkeeping.

But the case may weaken his clout in the ruling Liberal Democratic Party and deal a blow to his successor Yoshihide Suga, who as chief Cabinet secretary defended him over the scandal in press conferences and parliamentary sessions.