Japan's Maritime Self-Defense Force said Tuesday its top two officers have tested positive for the novel coronavirus and will be working remotely under quarantine. 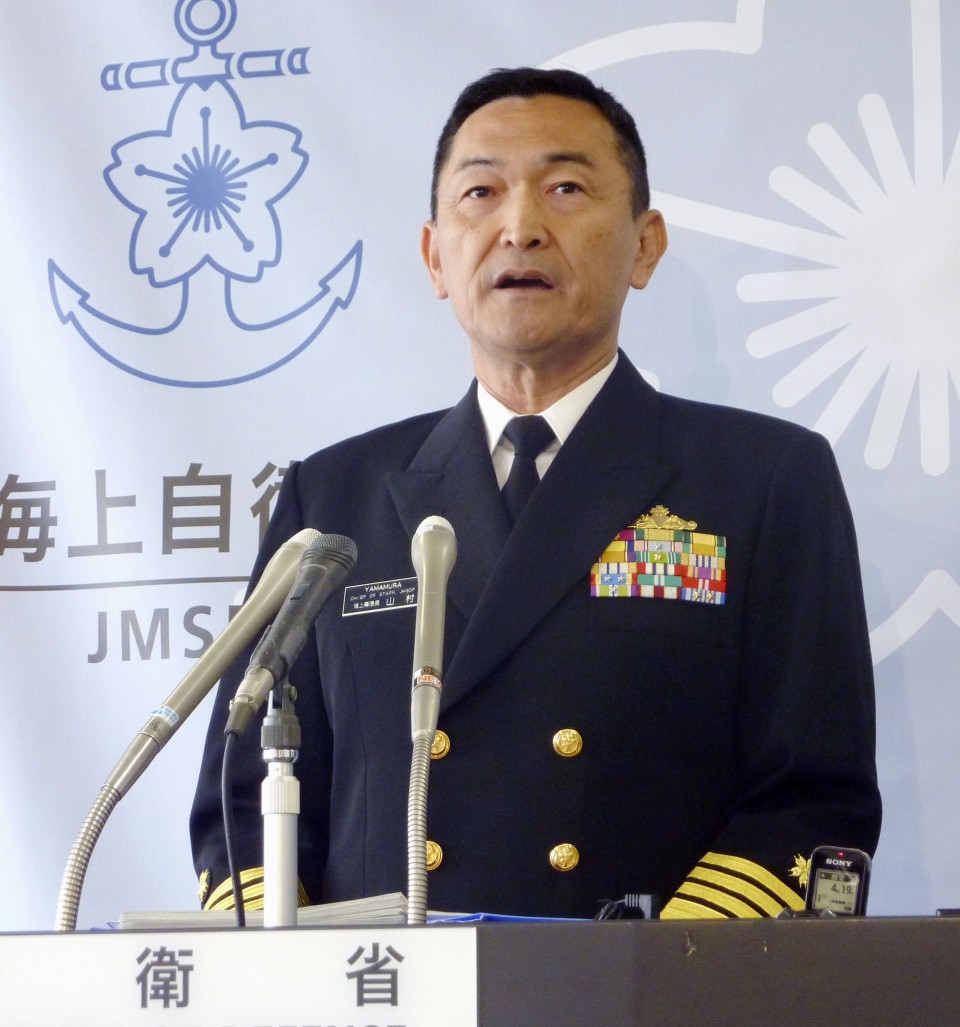 Chief of Staff Hiroshi Yamamura and Vice Chief of Staff Naruto Nishi took polymerase chain reaction or PCR tests Monday due to possible close contact with someone who contracted the virus.

A source familiar with the case said a meeting involving three aides to the chiefs of staff of the Self-Defense Forces' three units -- maritime, ground and air -- may have resulted in an expansion of infections at the Maritime Staff Office.

A total of eight officers -- including Yamamura and Nishi -- at the office were found to be infected with the virus.

However, Defense Minister Nobuo Kishi had no close contact with the officers.

A Defense Ministry spokesman said the top two officers have not developed any symptoms and that he did not detect problems in the SDF's operations.

The MSDF said it will strengthen anti-virus measures so as to prevent further virus spread.

As of Monday, a total of more than 420 ministry officials and SDF members had been infected with the virus.

Defense Ministry to team up with Keidanren to promote arms exports