An apparent surge in unintended pregnancies since April as the coronavirus pandemic forces people to spend more time at home has prompted the health ministry to launch a nationwide study in order to come up with more effective policies to support women.

A research team from the Ministry of Health, Labor and Welfare will look into reasons women have given for having abortions this year and hopes to produce a detailed analysis by the end of fiscal 2020 next March based on region and age group.

Support groups for such women suggest that the rise in unexpected pregnancies is particularly marked among teenage girls and women in their 20s. They also say, as does government data, that sexual abuse is on the increase as an indirect consequence of the pandemic.

According to the nonprofit group Mikkumie in Mie Prefecture, central Japan, the spring closure of schools during the initial wave of the pandemic appears to have pushed up teen pregnancies.

"I had sex with my boyfriend every day during school closures. Now I'm worried about being pregnant," one caller told the group, according to the NPO's representative, Noriko Matsuoka.

She said there were roughly 70 consultation calls in the six months from April to September, including the period of the nationwide state of emergency from early April to late May -- approaching the approximately 100 calls it received in the whole of 2019. 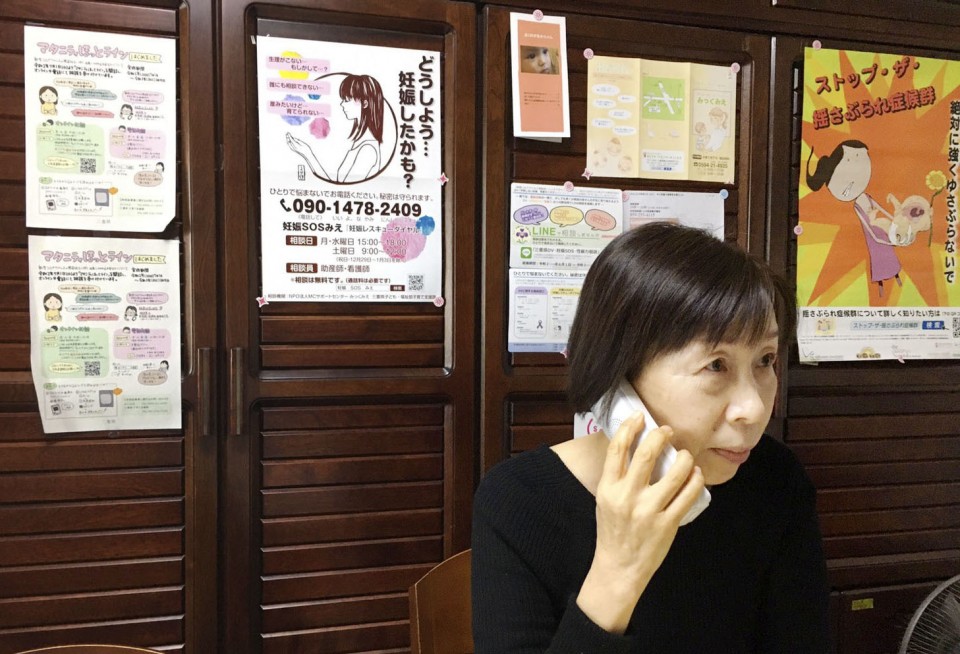 A staff member of the nonprofit group Mikkumie takes a consultation call in November 2020 in Mie Prefecture. (Photo courtesy of Mikkumie)(Kyodo)

"There has been an obvious rise in these kinds of consultations, which appears to be a consequence of COVID-19," Matsuoka said.

Nearly half of the calls were from teens, many of them young girls. With no school or club activities to attend, some of them had used social media to start "meeting up with people they don't know," Matsuoka said.

Meanwhile, Hatsumi Sato, director of SOS Shinjuku-Kids & Family, a nonprofit group based in Tokyo that supports mothers and pregnant women in their teens and 20s, said there are growing concerns that more young women are becoming the victims of sexual violence as a result of staying home during the pandemic.

"Cases stand out of sexual assault from family members, such as brothers or stepfathers, while these girls were at home during school closures," said Sato. "Many that come for consultations do so as a last resort since they feel they cannot speak with their mothers or the police."

Last month, Seiko Hashimoto, the minister in charge of gender equality and an LDP House of Councillors member, announced that there had been a 15.5 percent increase to 23,050 cases in consultations at one-stop support centers for victims of sexual violence between April and September compared with the same period last year, citing the coronavirus pandemic as a significant factor. 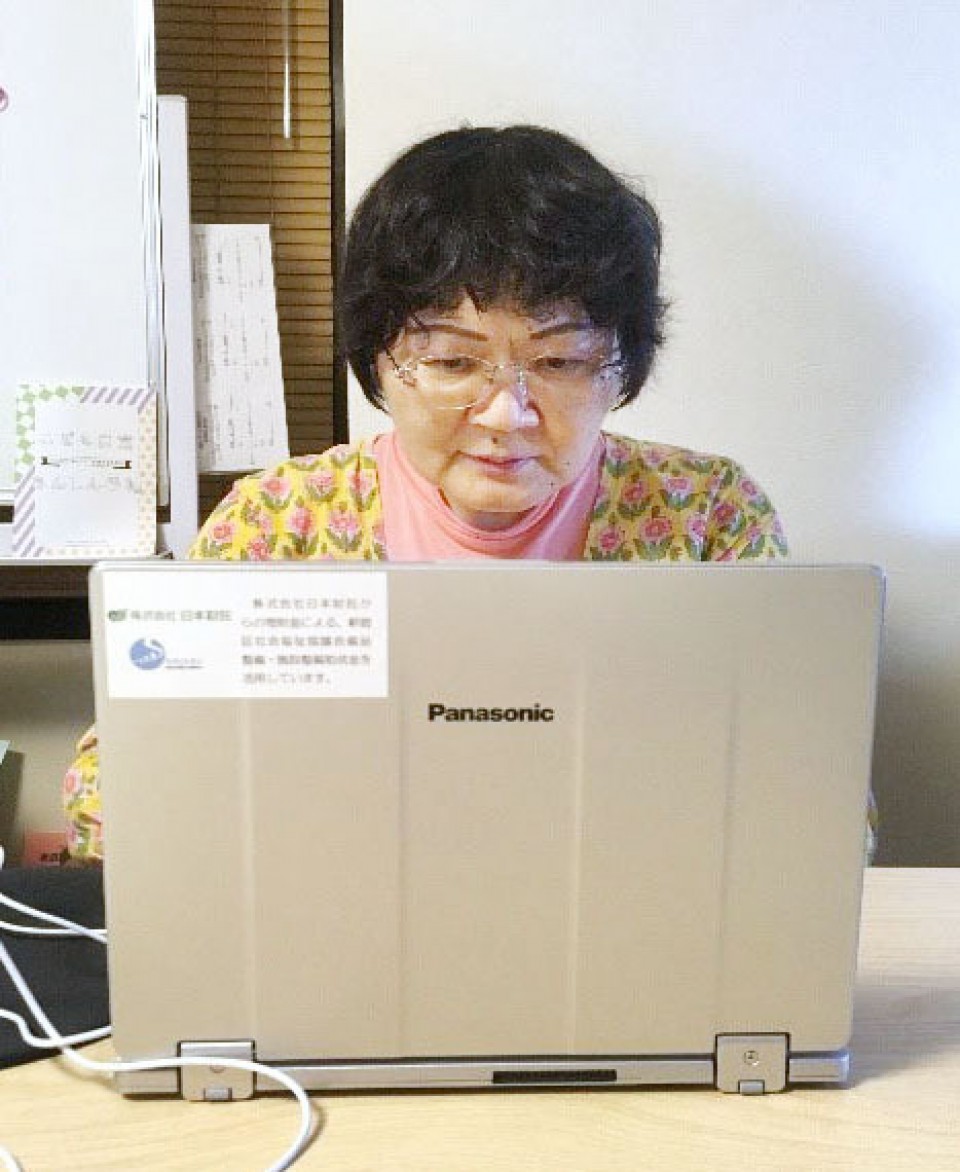 Hatsumi Sato works on a laptop in Tokyo in November 2020. (Photo courtesy of SOS Shinjuku-Kids & Family)(Kyodo)

"We need to get many people to understand how much the coronavirus pandemic can cause sexual damage to women, and the government must firmly support them," Hashimoto said at the time.

In October, a sharehouse was opened in Funabashi, Chiba Prefecture, especially to take in pregnant women, mainly in their teens, who are coping with physical abuse or otherwise struggling because of unintended pregnancies. It was established by the city's nonprofit Baby Bridge, which engages in consultation services and special adoptions, and is open to women from any part of the country.

The sharehouse with 14 rooms was set up after Baby Bridge learned of the record-high number of junior high and high school girls who had made pregnancy consultations at Jikei Hospital in the city of Kumamoto, known for operating the controversial "Konotori no Yurikago" (storks' cradle) baby hatch where women can drop off unwanted newborns, when the coronavirus spread in the spring.

The health ministry's research team has requested cooperation from about 190 medical institutions nationwide that perform abortions. It will seek to assess how many abortion cases this year were linked to a drop in income and unemployment due to the pandemic and the impact of voluntarily stay-at-home requests the women might have faced.

Tomoko Adachi, representative of the research team and managing director of the Japan Association of Obstetricians and Gynecologists said, "We don't know when people are going to be asked to (officially) stay home again. So we need to delve into the background and make efforts to reduce unexpected pregnancy and abortion, and create measures to protect the health of children and women."