The 40-year-old right-hander rejoined the Lions last December after 14 years away, but he did not pitch for their first team this season after undergoing cervical spine surgery in July and spending much of the time rehabilitating. 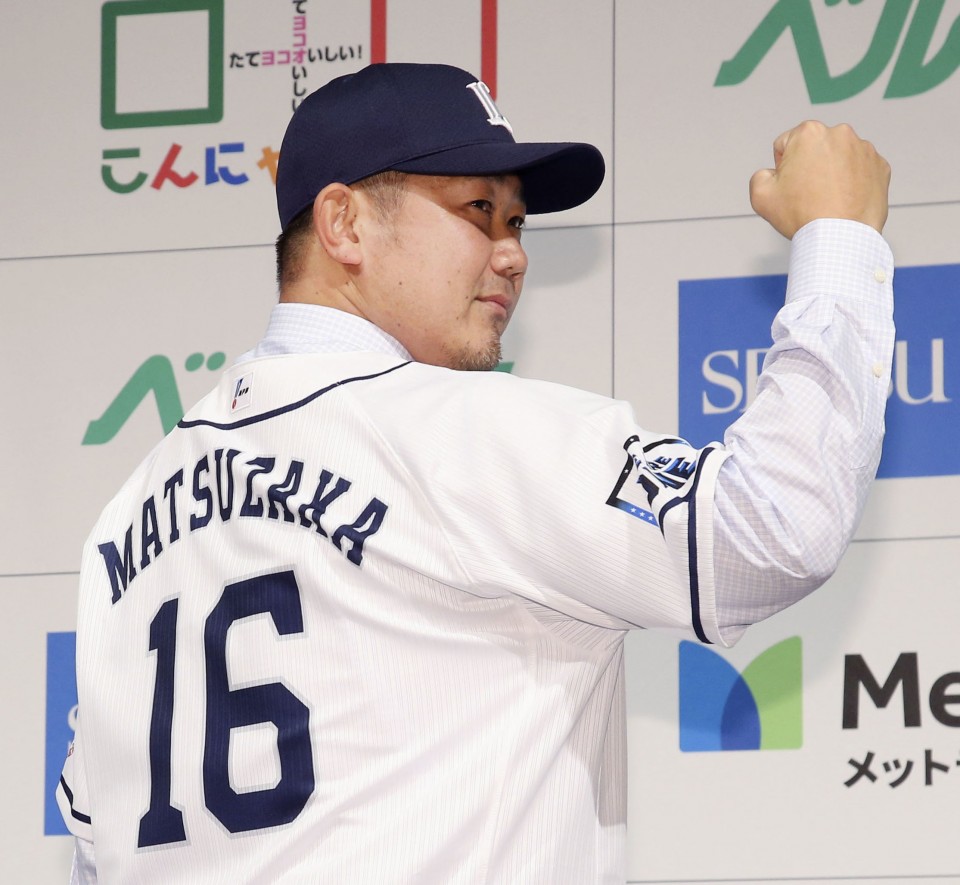 Photo taken on Dec. 11, 2019, shows Seibu Lions pitcher Daisuke Matsuzaka posing for a photo at a press conference in Tokyo held to announce that he has rejoined the Pacific League team after a 14-year hiatus spent largely in the major leagues with the Boston Red Sox and New York Mets.  (Kyodo)

"I'm thankful they offered me a new contract," Matsuzaka said. "I'll aim to win at (Seibu's home stadium) MetLife Dome next year and pay back the club and fans."

Matsuzaka spent eight years at Seibu from 1999 before leaving for the major leagues, posting a combined 56-43 win-loss record throwing for the Boston Red Sox and New York Mets over his eight-year stay in the United States.

Matsuzaka has played for the SoftBank Hawks and the Chunichi Dragons since his return to Japan in 2015, going 6-4 for the latter in 2018, before rejoining his first club Seibu ahead of the past season.