Japan's death toll from the novel coronavirus topped 3,000 on Tuesday amid fears that a recent spike in infections could further squeeze the country's health care system.

The number of nationwide deaths in December, exceeding 800, is already more than double the 382 registered in the previous month. A single-day record of 53 deaths was reported last week. 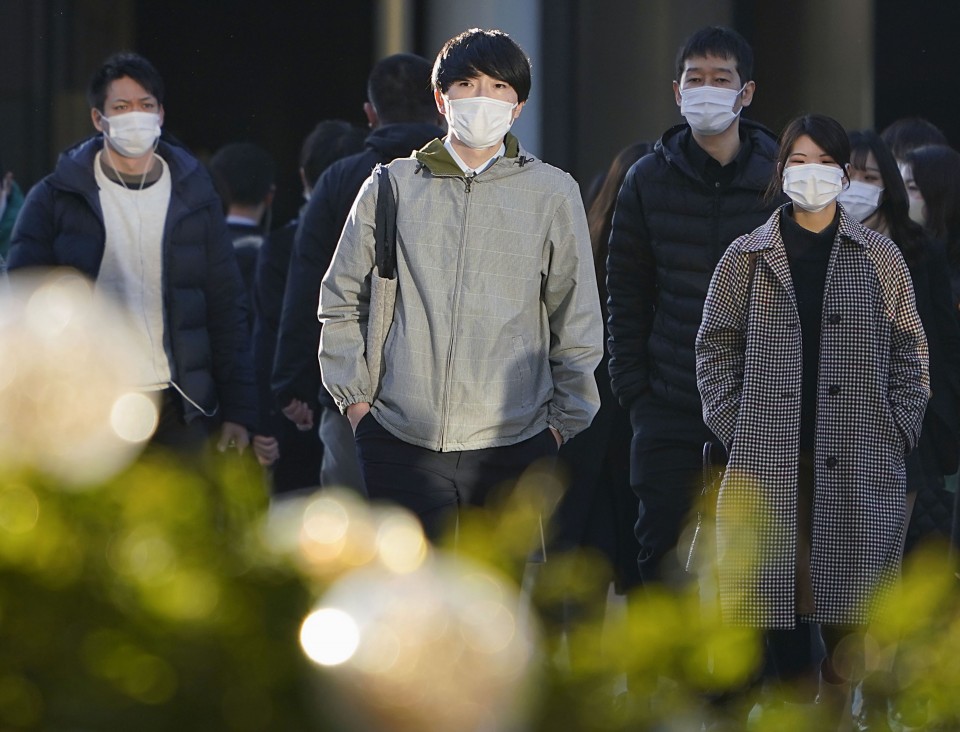 People wearing face masks walk in front of JR Nagoya Station in central Japan on Dec. 21, 2020, amid the coronavirus pandemic. The cumulative number of coronavirus cases in Japan exceeded 200,000 the same day, taking less than two months for the country to log 100,000 new cases after reaching 100,000 infections on Oct. 29. (Kyodo) ==Kyodo

Japan's cumulative infections surpassed 200,000 on Monday. The number of deaths reported on a daily basis fell below 10 on some days in November but sharply increased from the end of the month, with over 40 deaths recorded on a number of days in December.

Tokyo and seven prefectures -- Hokkaido, Saitama, Chiba, Kanagawa, Aichi, Osaka and Hyogo -- all with large populations, accounted for around 80 percent of the reported deaths in December as of Monday.

"The spread of the virus has led to a rise in the number of hospitalized patients and those suffering from severe cases," said Takaji Wakita, head of the National Institute of Infectious Diseases.

"It will be difficult to manage general medical treatment alongside the pandemic," said Wakita, who also chairs a government panel of medical experts.

On Monday, the Japan Medical Association and eight other health organizations declared a "medical state of emergency."

But Prime Minister Yoshihide Suga denied the need to declare another national state of emergency that would lead to business and social restrictions.

The Tokyo metropolitan government, which confirmed another 563 coronavirus cases on Tuesday, raised its alert regarding the strain on the medical system to the highest level last week.