Japanese tennis star Naomi Osaka, writing in The New York Times on Monday, urged athletes to use their platforms to speak out on social issues and defy those telling them to stick to sports.

En route to her second U.S. Open championship this summer, Osaka wore protective masks bearing the names of black victims of police brutality whose names have become rallying points for protests in the United States and around the world. 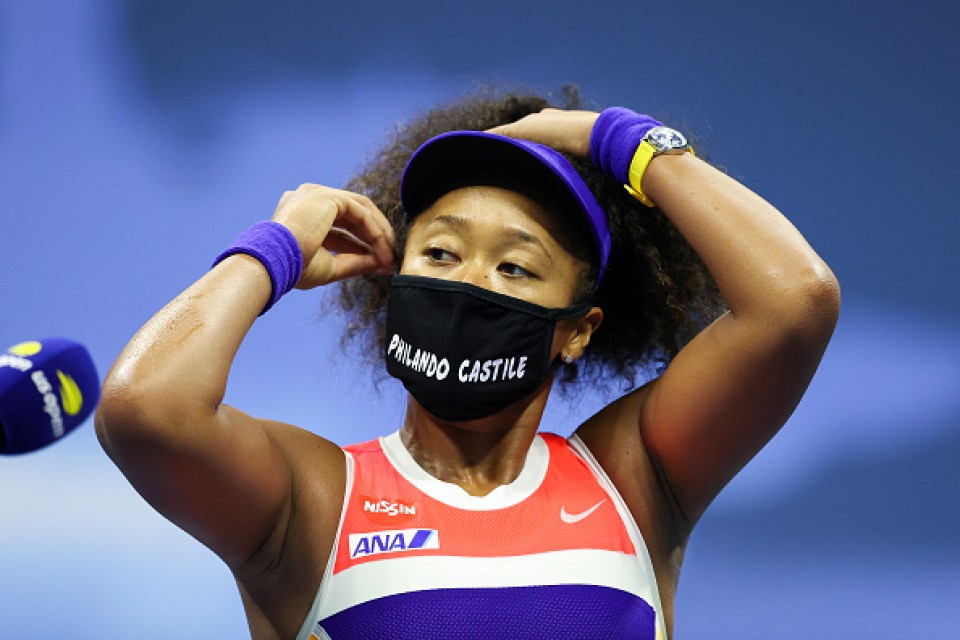 Naomi Osaka of Japan speaks after winning her Women's Singles semifinal match on Day Eleven of the 2020 US Open on Sept. 10, 2020 in New York City. (Getty/Kyodo)

Osaka wrote that athletes who spoke out against injustice in the past have routinely been criticized. She cited the inspirational stance of pro basketball superstar LeBron James in refusing to bow to critics who say he should not politicize sports.

"Just because we are athletes doesn't mean we are unaffected by what happens around the county, nor does it obligate us to keep our mouths shut," she wrote.

"Sports have never been apolitical, and as long as they continue to be played by human beings, they won't be."

She wrote of other athletes who have stood up for causes, from world champion boxer Muhammed Ali, sentenced to prison during the Vietnam War for refusing to be drafted due to his religious beliefs, to young tennis star Coco Gauff, a passionate supporter of the Black Lives Matter movement

"Yet...I still feel like we as athletes have a long way to go," she wrote.

Osaka wrote how James was once famously told by a news anchor, "Shut up and dribble," but has steadfastly refused to comply with that advice. She then employed the phrase as a rallying cry. Due to increased television coverage and the prominence of social media, she said athletes have a greater responsibility to speak up.

"I will not shut up and dribble," she said.