Kataoka Hidetaro, a Kabuki actor and living national treasure in Japan, returned to the stage Dec. 18, renewing his own unprecedented record with his 71st appearance on a centerpiece show of the Minamiza Theater in Kyoto, western Japan.

A native of Kyoto, Hidetaro, 79, who has acted in the annual December performances since he was 9 in 1950, had been absent from the run of shows which started earlier in the month for health reasons. 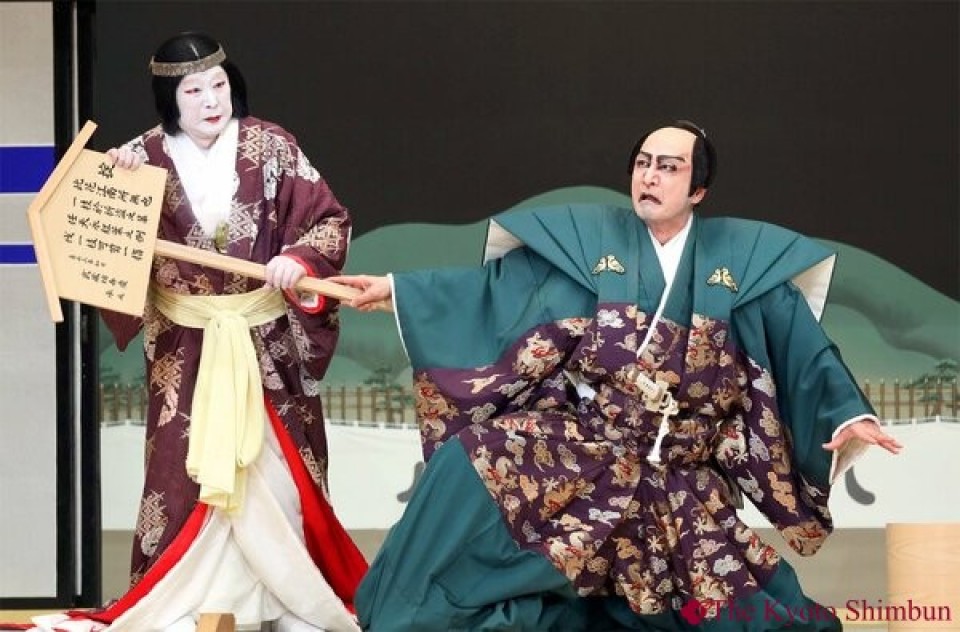 Kataoka Hidetaro (L) plays the part of Lady Fuji with his brother Nizaemon in the lead role in "Kumagai Jinya" at the Minamiza Theater in Kyoto. (Photo courtesy of Minamiza Theater)

He received a lot of applause from the audience as he played the role of Lady Fuji in the program "Kumagai Jinya," meaning main character Kumagai Naozane's army post, in Act 2.

He performed emotional interactions with his younger brother Kataoka Nizaemon, 76, also a living national treasure who played the lead.

The performances running from Dec. 5 to 19 initially had some cast members replaced, also because Kataoka Takataro, 52, in the role of the protagonist's wife Sagami contracted COVID-19 in November, causing his father Nizaemon, with whom he had close contact, to be absent for the first two days.

With Hidetaro's comeback after that of Takataro on Dec. 10, all in the initial cast for the December run showed up for the first time.