A helicopter crashed into a forest in central Japan's Shizuoka Prefecture on Wednesday, leaving its pilot dead, police said.

Police received a call reporting the sound of an aircraft crash at around 3:35 p.m. in a forested area of the city of Shimada. 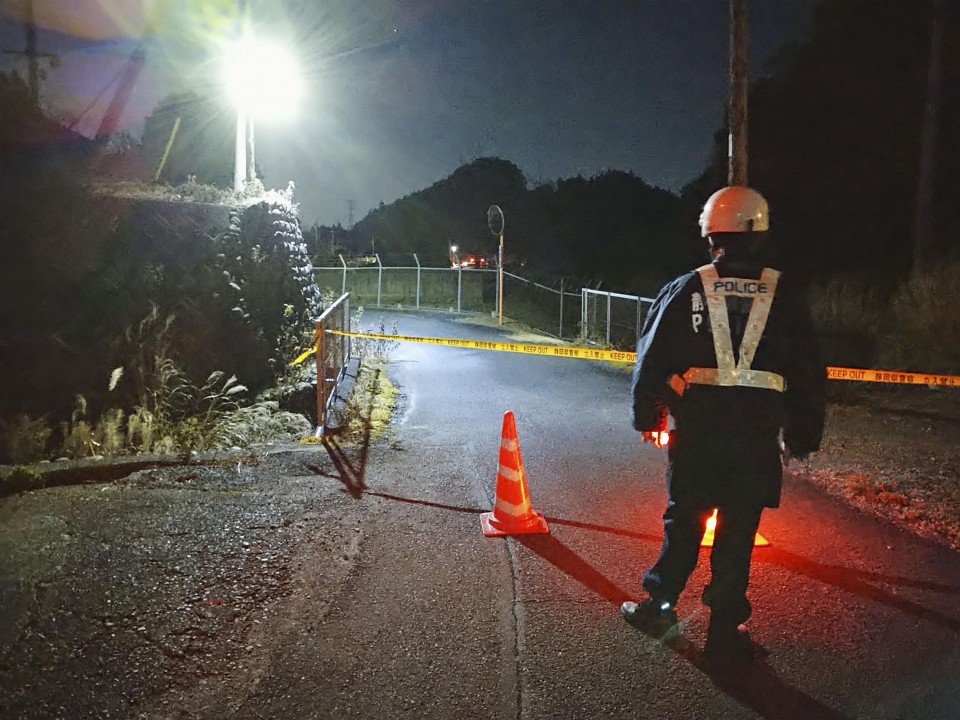 A police officer stands near the site of a helicopter crash on Dec. 30, 2020, in Shimada, Shizuoka Prefecture. (Kyodo)

The wreckage was located and the pilot, Kotaro Demura, 46, was taken to a hospital but pronounced dead later, the police said.

The accident did not spark a fire and there were no other injuries, authorities added.

High winds were recorded around the time of the crash and a local weather observatory had issued a gale advisory.

According to the Japan Transport Safety Board, the chopper took off from a heliport in Tsu, Mie Prefecture, at 3 p.m. and was bound for Yokohama, near Tokyo.