The Indonesian anti-corruption agency on Sunday named the social affairs minister and four other suspects in a bribery case involving social assistance for those affected by the coronavirus pandemic. 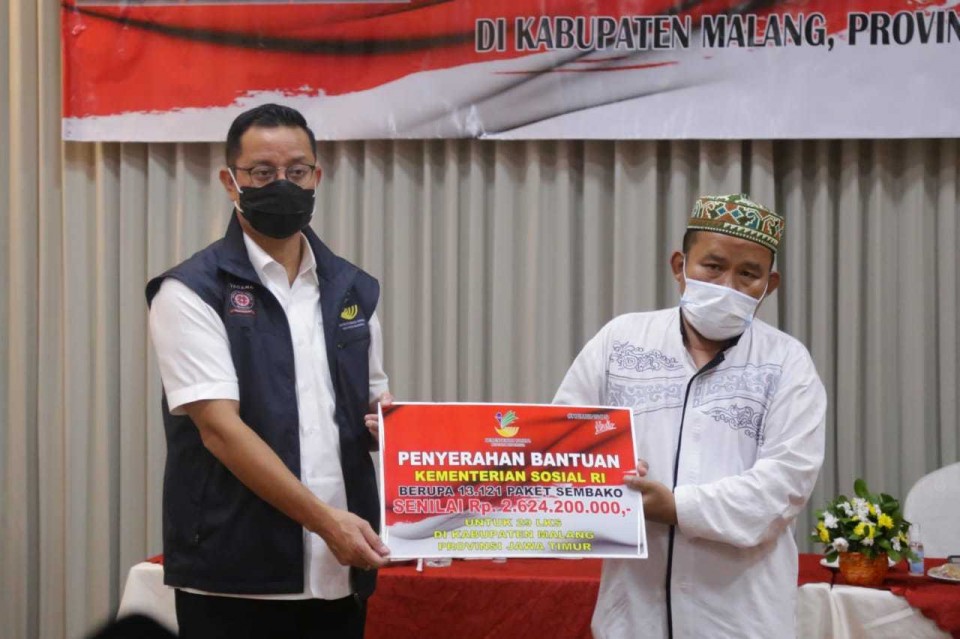 Juliari Batubara turned himself in to authorities at the Corruption Eradication Commission's headquarters in the capital Jakarta, two hours after he was named a suspect. However, he has not been officially arrested.

Three of the suspects were immediately taken into custody early Saturday during a sting operation, according to the commission's chief, Firli Bahuri.

The fifth suspect, a senior official at the Ministry of Social Affairs also turned himself in on Sunday, Ali Fikri, the commission's spokesman, said.

During an early-morning press conference, Bahuri accused Batubara, 48, of being involved in the bribery scheme that totaled

The commissioner said the case began early this year when the government decided to provide social assistance totaling 5.4 trillion rupiah in the form of basic commodities for those economically affected by the pandemic in the capital and surrounding areas.

Bahuri said the suppliers were asked to pay a fee of 10,000 rupiah for each package of basic commodities, worth 300,000 rupiah, to the ministry, with some of the money then being used for the minister's personal needs.

Batubara is the second Cabinet member in President Joko Widodo's administration to be accused of graft in less than two weeks.

Maritime Affairs and Fisheries Minister Edhy Prabowo, who has since resigned, was arrested on Nov. 26 on suspicion of taking bribes in connection with exports of lobster larvae.

According to the commissioner, due to his position as minister,

Batubara could face life imprisonment if found guilty under the country's anti-corruption law.

In a press statement later on Sunday, the president, who is popularly known as "Jokowi," said, while respecting the legal process against his minister, "I have warned the Cabinet ministers since the beginning (of his administration) don't be corrupt!"

"I will not protect those involved in corruption, and we all believe that the Corruption Eradication Commission works in a transparent, open, good and professional manner," he added.

Meanwhile, in a nationwide survey on corruption views in Indonesia released on Sunday, pollster Indonesian Survey Foundation found that only 28.2 percent of Indonesians believe that the government is doing a better job at preventing corruption, down drastically from 44.1 percent in December 2018.

Only about 22.2 percent of Indonesians believe that the government is doing a better job at upholding the law against corrupters, also down from 44.1 percent from the 2018 survey.

"The negative perception has signaled that corruption cases are getting worse under the administration of President Jokowi," the pollster's researcher Djayadi Hanan told reporters.

Batubara is a member of the ruling Indonesian Democratic Party of Struggle. He entered the Cabinet for the first time last year when the second Joko administration was inaugurated.