Japan's Cabinet approved Friday the building of two naval vessels equipped with Aegis missile interceptor systems as an alternative to a scrapped plan to deploy a land-based system.

The Cabinet also gave the green light to develop standoff missiles, or long-range missiles able to attack enemy vessels from outside their firing range. But it stopped short of stipulating that Japan will possess the capability to strike enemy bases as a deterrent.

The approval comes as Japan is seeking to enhance its defense capabilities in the face of the North Korean missile threat and China's assertiveness in the East China Sea. 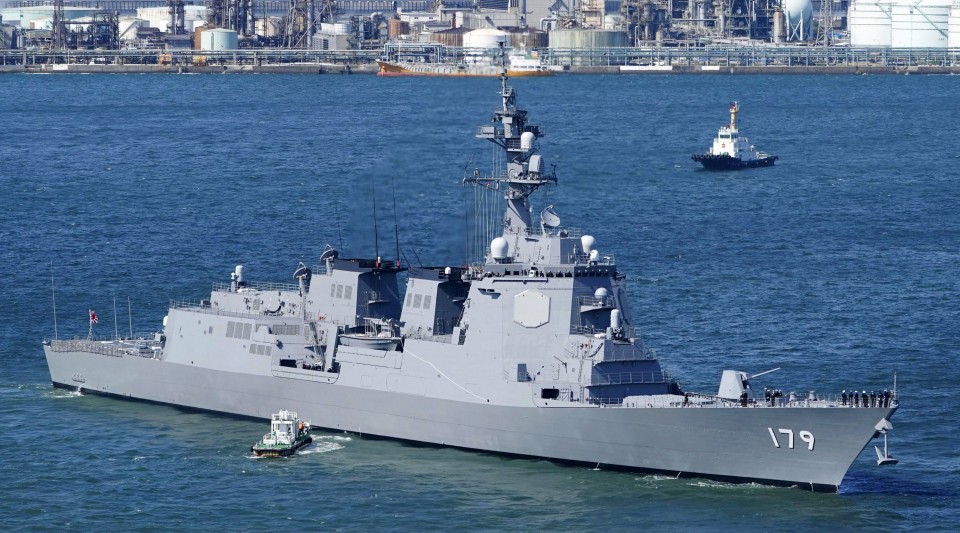 Prime Minister Yoshihide Suga has been looking carefully into the issue of gaining the ability to launch such strikes on foreign soil amid concerns that such development could deviate from Japan's defense-oriented policy under the war-renouncing Constitution.

"I understand that the purpose is to strengthen Japan's standoff defense capability and not to attack enemy bases," Chief Cabinet Secretary Katsunobu Kato said in a press conference.

Defense Minister Nobuo Kishi separately said, "We have to separate discussions between (developing) standoff missiles and (having the capability to) block missiles (within enemy territory)."

"Around the islands in the southwest of Japan, China is increasing its naval activities and Japan has to respond to this. In such a tense situation, standoff missiles that can attack adversaries while securing the safety of our troops are important to defend our islands," Kishi said.

Suga's predecessor Shinzo Abe said in September that the government will "set an appropriate path" to stop missiles in adversaries' territories by the end of this year.

Regarding the Aegis ships, Japan had been considering two other options for deploying the Aegis systems offshore to counter missile threats from countries including North Korea -- one envisaging refitting private-sector vessels and the other using offshore structures similar to oil rigs.

"North Korea is developing unprecedented missiles as they enhance their technology," Kishi said, adding he is concerned about the growing threat as the country recently displayed new intercontinental ballistic missiles and continues to test new missiles. 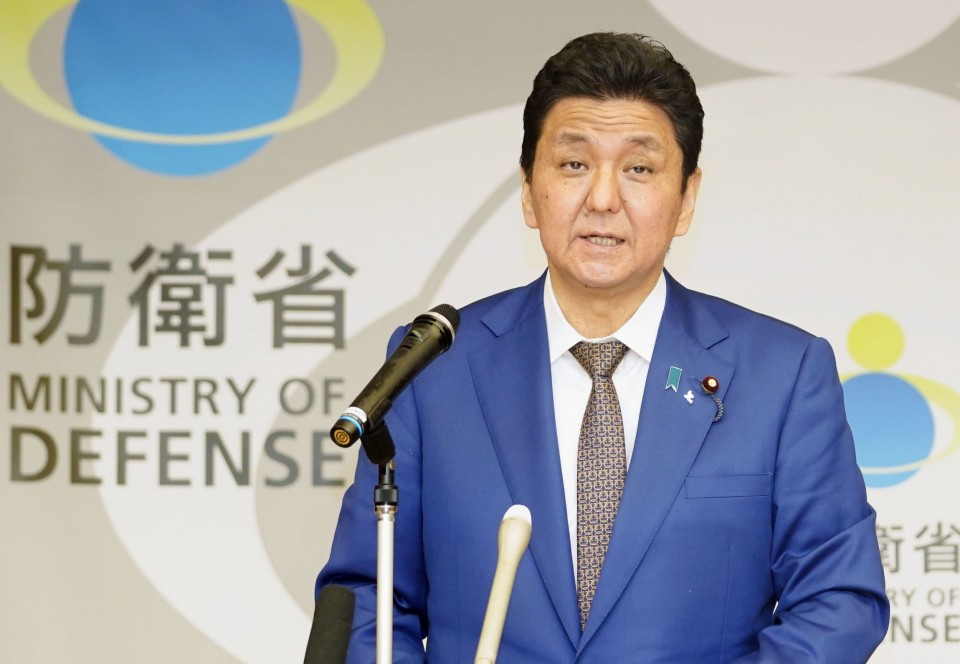 Japanese Defense Minister Nobuo Kishi speaks at a press conference in Tokyo on Dec. 18, 2020, about the Cabinet's approval earlier in the day of the installation of Aegis missile interceptor systems on two naval vessels as an alternative to a scrapped plan to deploy a land-based system. (Kyodo) ==Kyodo

"By looking at the situation carefully, we will have to consider what weapons we will install on Aegis ships and how to operate them," he said.

The Defense Ministry is considering installing weapons that can counter not only ballistic missiles but also various aerial threats such as cruise missiles and fighters.

The ministry scrapped in June its plan to adopt the U.S.-developed Aegis Ashore ballistic missile defense systems in northeastern and western Japan, given technical problems, swelling costs and public opposition.

Costs for the two new vessels are estimated at more than 500 billion yen ($4.8 billion), 100 billion yen more than the dropped plan to deploy the land-based defense system, and they will require five years to build. The government will still need to work out the specifics, including when to start building them.

Meanwhile, the development of standoff missiles would cost about 33.5 billion yen with the ministry seeking funds for the next fiscal year starting April and it is expected to take around five years, according to the ministry.

The ministry will extend the firing range of surface-to-ship missiles that it has been developing and they will likely be able to fly about 900 kilometers.

The plan approved by the Cabinet says the missiles will be launched from various platforms, not only from land but also from ships and aircraft, which will make it more difficult for other countries to respond.

"The missiles' main purpose is to attack vessels. But in case adversaries' troops invade our islands, they could be used against them," a government official said.