The total volume of China's trade with North Korea plunged to its lowest level in October, foreign affairs experts said Tuesday, underscoring how the North Korean economy has been hit hard by the novel coronavirus pandemic.

China's trade with North Korea plummeted 92 percent from a month earlier to $1.66 million in October, while its exports to the neighbor also dropped 98 percent to $253,000, the General Administration of Customs said Monday. 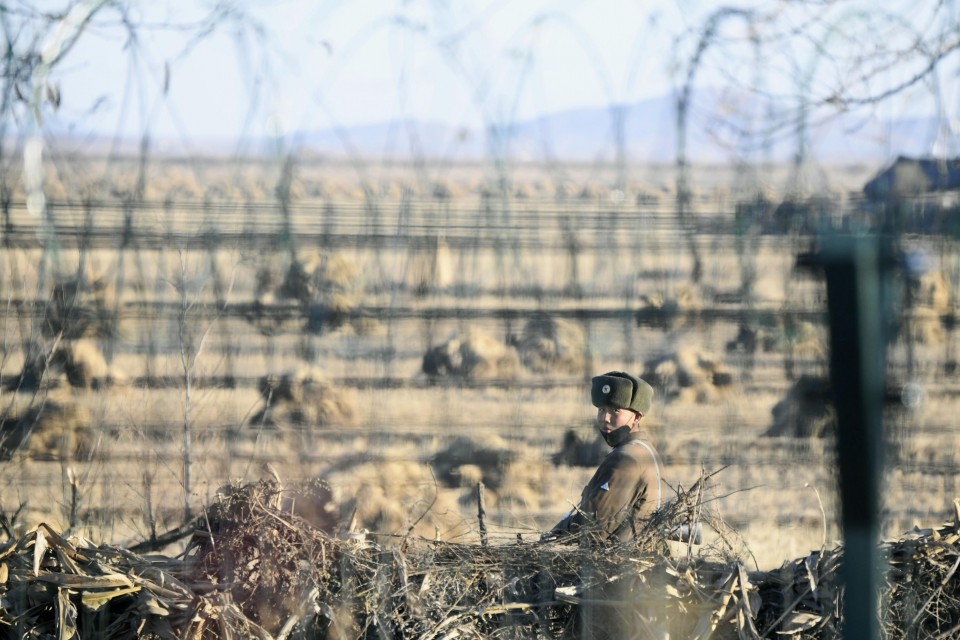 The trade volume between China and North Korea fell to a record low since comparable data became available in 1998, the experts said.

North Korea has cut off traffic to and from China and Russia since earlier this year in the wake of the spread of the virus. Pyongyang claims the virus has not made inroads into the country.

Beijing is known as Pyongyang's closest and most influential ally in economic terms. North Korea has depended on China for more than 90 percent of its trade.

Although trade with China is seen as an important source for North Korea to obtain foreign currency, Pyongyang has apparently put more emphasis on strengthening quarantine controls.

As its negotiations with the United States on denuclearization and economic sanctions relief have remained at a standstill, North Korea may be facing difficulties in providing adequate necessities for its citizens, the experts say.

North Korea is believed to be vulnerable to infectious diseases against a backdrop of chronic shortages of food and medical supplies triggered by economic sanctions aimed at thwarting Pyongyang's nuclear and ballistic missile ambitions.

In the past, North Korea barred foreigners from entering the nation during the 2003 epidemic of severe acute respiratory syndrome, or SARS, and the Ebola outbreak in West Africa in 2014.

The virus that causes COVID-19 disease was first detected in the central Chinese city of Wuhan.