The requirement by many of Japan's firms that job applicants indicate their gender and even provide a photo on resumes has left the country out of step with the international norm, but that may be about to change.

An internet petition campaign stressing that such practices can lead to discrimination has collected over 10,000 signatures, while at least one major company has altered its rules to scrap both requirements and even stop asking for applicants' first names. 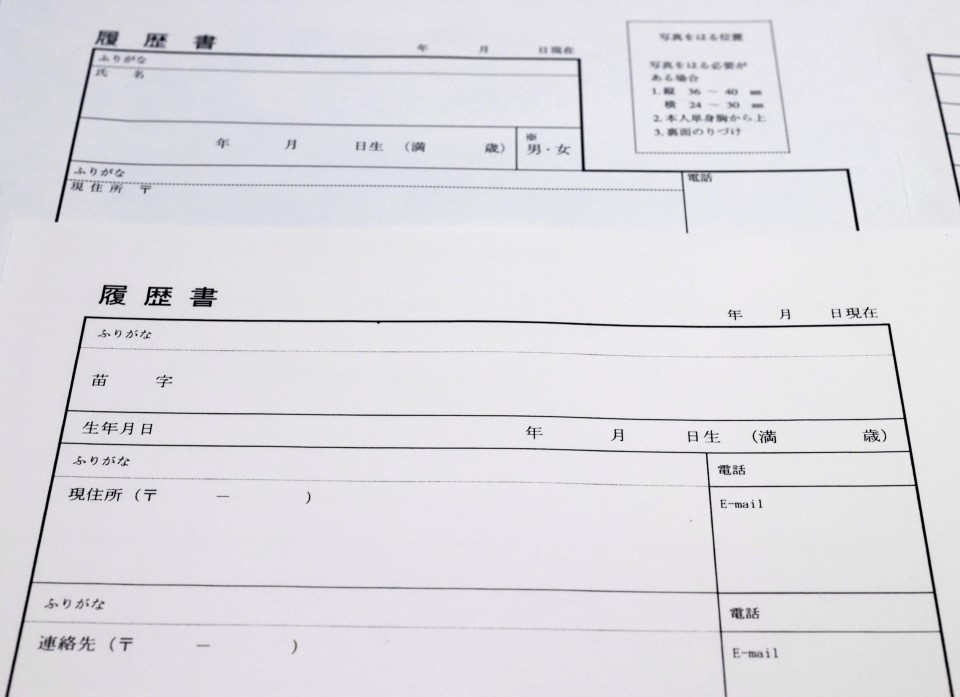 Identifying gender on resumes is particularly problematic for transgender people -- often leading to obstacles in getting hired, experts say.

Minori Hori, a 31-year-old resident of Onagawa, Miyagi Prefecture, northeastern Japan, is among those who have joined the signature drive organized by Posse, a nonprofit that offers free job-related consultations, among other services.

"For someone like myself who is unable to circle male or female on a resume, I often face hardships about my ideal situation. Gender should have nothing to do with my job," said Hori, who is legally a woman but feels as if "I am neither male nor female."

While in college, Hori would leave the gender section blank when applying for part-time jobs. If pressed in interviews, Hori asks to "work as a man" but on one occasion, an interviewer was dismissive, saying, "You're a woman! We won't hire a woman."

In all, Hori was rejected by as many as 10 companies due to problems over indicating gender on resumes.

In an employment examination to be hired as a teacher, Hori marked "female" as instructed by the board of education but was again rejected after showing up to the interview in a necktie. Hori gave up dreaming of becoming a full-time teacher after being questioned repeatedly about gender on the application forms.

"Getting rid of the gender section on applications will help prevent discrimination," said Manabu Sato of Posse. In the United States, it is illegal for an employer to discriminate against a job applicant because of race, color, religion or sex (including gender identity, sexual orientation and pregnancy). 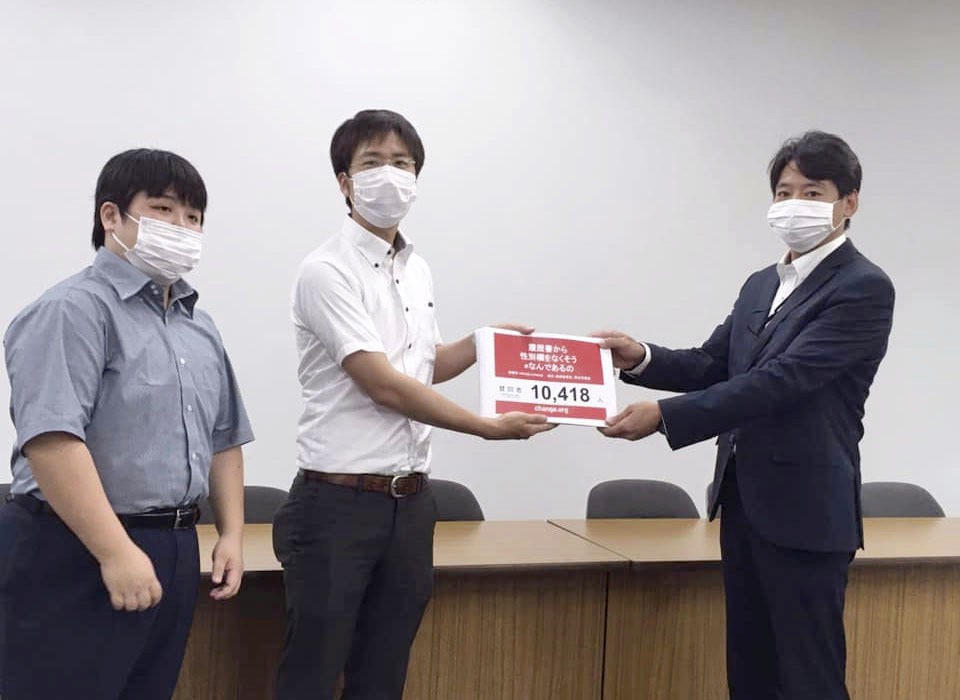 The signatures calling on eliminating gender on resumes were submitted to the Ministry of Economy, Trade, and Industry and the Japanese Standards Association, whose resume format had been referred to by stationery makers until being deleted from the association's official website in July.

Major stationery manufacturer Kokuyo Co. plans on selling resumes without a gender section. Some companies, such as Unilever Japan, no longer require photos or gender specifications -- going as far as to ask job applicants to only list their surname to prevent bias recruitment based on sex.

Even so, some argue that information on gender is sometimes essential, at least as a way of demonstrating equal opportunity.

Kirin Holdings Co. has made it voluntary to provide gender since it hired new college graduates to join the company in the spring, explaining that the practice has not been wholly dissolved as it seeks to hire the right balance of employees and promote women in the workplace. This also helps with its public relations image, the company argues, when asked about gender ratio quotas.

The Japan Alliance for LGBT Legislation, which supports sexual minorities and has launched a petition for an LGBT equality law, welcomes the elimination of gender sections on job application forms, but it is also apprehensive about "not being able to calculate the ratio between men and women in the workforce, putting women at a disadvantage" in Japan's male-dominant work environment.

Yuichi Kamiya, secretary general of the Japan Alliance for LGBT Legislation, said, "It is desirable to ask for gender identity rather than (legal) gender that does not respect the person's perception. We also need the option of neither."

But Kamiya added: "Some gender information needs to be known. We need to listen to and consider the opinions of experts about its necessity for hiring and how people should be asked."