Nearly a million people in the Philippines were evacuated in the eastern part of the main island of Luzon on Sunday as Goni, the world's strongest typhoon of 2020, made landfall in the country.

Packing wind gusts of up to 310 kilometers per hour when it first struck, decreasing to 295 kph in the afternoon, it is one of the strongest typhoons to hit the Philippines since Haiyan, which killed more than 6,300 people in November 2013. 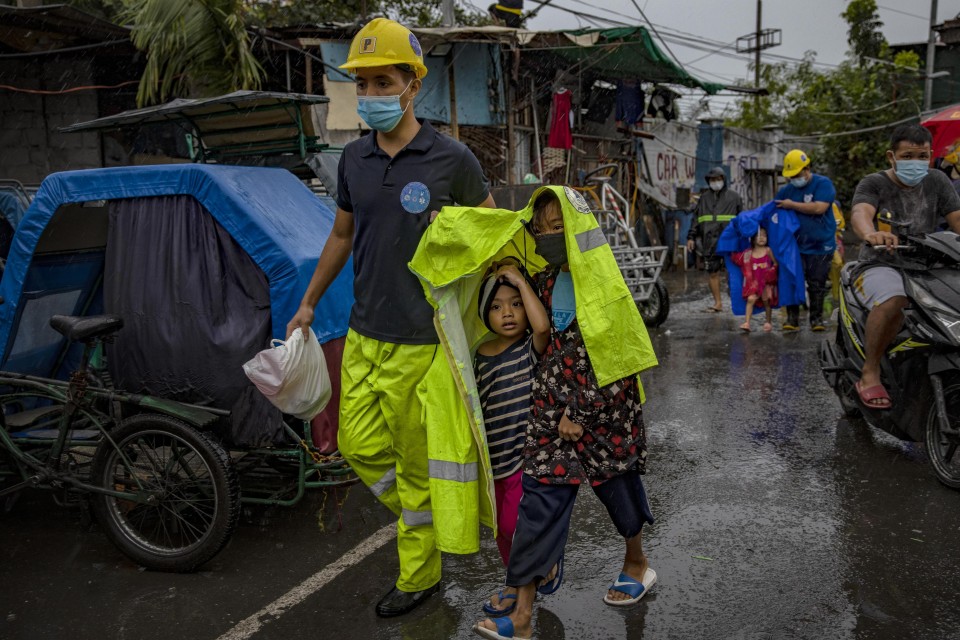 A rescue worker covers children in a raincoat as they evacuate before Typhoon Goni hits on Nov. 1, 2020 in Manila, Philippines. (Getty/Kyodo)

The National Disaster Risk Reduction Management Council said the typhoon's strong winds and intense rainfall are affecting 19.8 million Filipinos in 12 different regions nationwide. There were no immediate reports of fatalities or extensive damage.

The typhoon, downgraded from a super typhoon after making landfall, is expected to leave Philippine territory Monday evening, heading toward the South China Sea.

The Health Department reminded the public to observe social distancing to avoid the spread of novel coronavirus infections.

The Philippines has the second-highest number of COVID-19 cases and deaths in Southeast Asia, next to Indonesia, with 383,113 cases and 7,238 deaths as of Sunday.

Authorities have closed Ninoy Aquino International Airport, which serves, Manila, for 24 hours from 10 a.m. Sunday, forcing the cancellation of dozens of flights.