Sumo: Takakeisho, Shimanoumi stay on top ahead of big showdown

Ozeki Takakeisho and No. 17 maegashira Shimanoumi remain locked in a two-way tie for the lead at the November Grand Sumo Tournament after each improved to 11-1 on Thursday, Day 12 of the 15-day meet.

With three days left to go at Tokyo's Ryogoku Kokugikan, the contest remains a battle between the highest-ranked and lowest-ranked grappler in a pack missing both grand champions and two of the three ozeki. 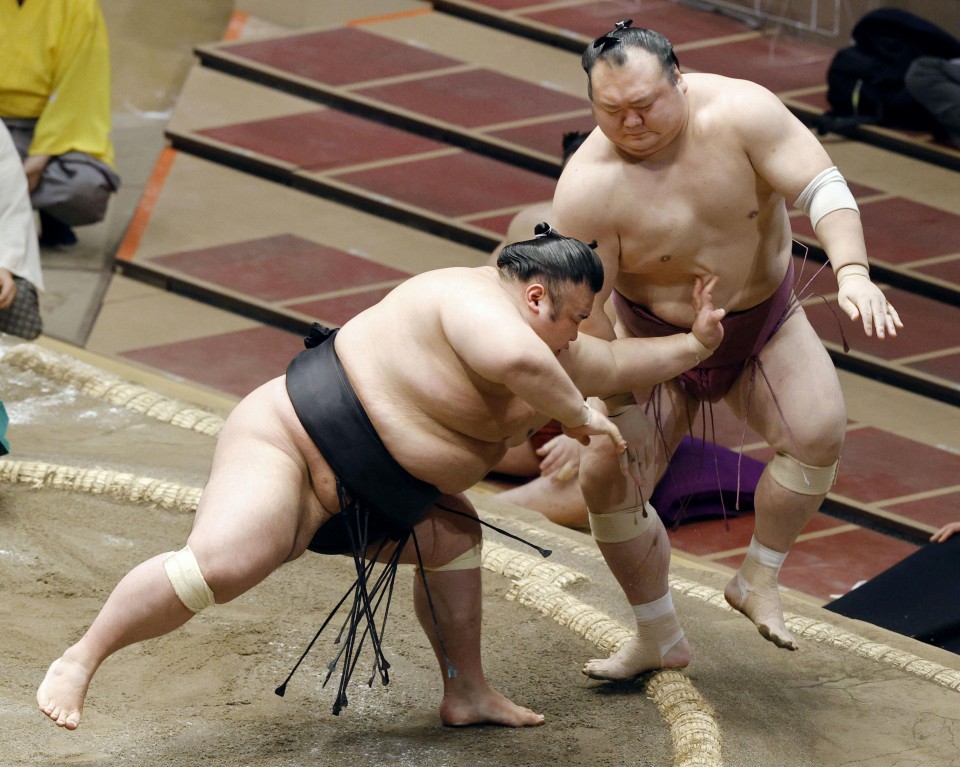 The standoff will come to a head on Day 13, when Takakeisho faces Shimanoumi for the first time ever in a bout that will determine the meet's sole leader and give the victor a one-win advantage heading into the final two days.

Takakeisho dominated the ring in his Day 12 bout and had no trouble pushing out No. 6 Takarafuji (8-4). The ozeki opened with a massive shove and drove the backpedaling rank-and-filer over the edge with a relentless thrusting attack.

Shimanoumi collected his sixth straight victory by defeating No. 10 Ryuden (9-3), who ended a four-bout winning streak and fell down the leaderboard.

With each wrestler trying to secure an inside grip on the other's mawashi, Shimanoumi was the first to gain enough purchase to be able to swing his opponent around and down to the sand.

Komusubi Terunofuji steamrolled sekiwake Mitakeumi (6-6) to stay in contention at 10-2, but No. 2 Daieisho (8-4) was slapped down by komusubi Takayasu (7-5) and lost his slim chance at a first title. 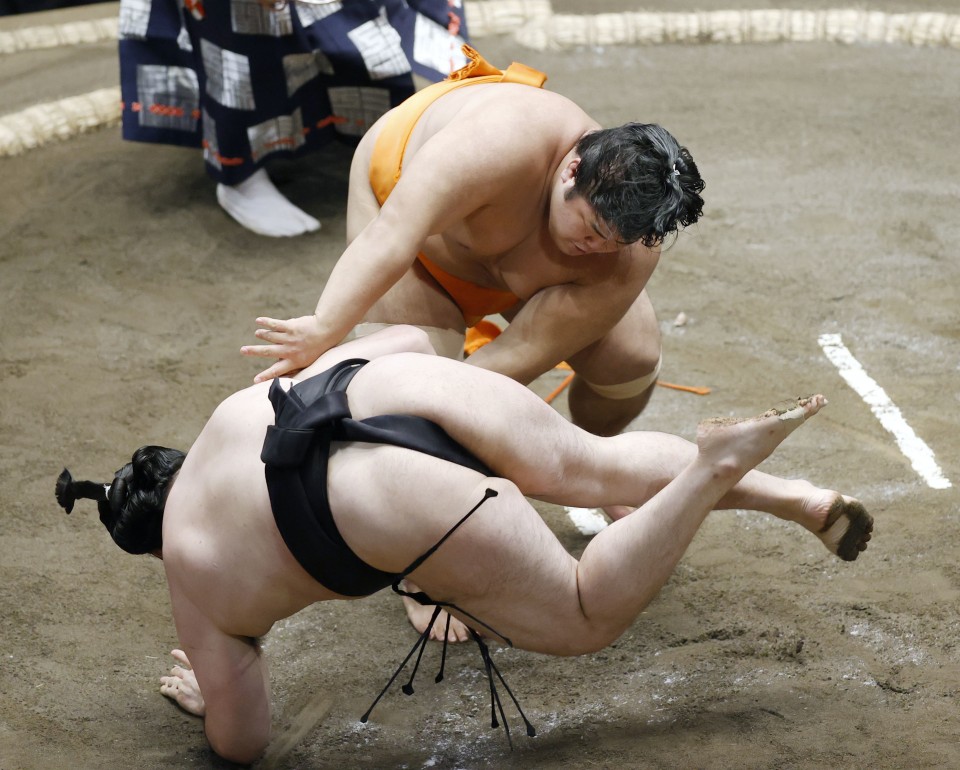 In other Day 12 action, sekiwake Takanosho (6-6) plowed out No. 6 Tamawashi (6-6), while No. 4 Hokutofuji and No. 14 Chiyonokuni each clinched a winning record.

Takakeisho, the last remaining ozeki at the meet following the withdrawals of Asanoyama and Shodai last week, won his maiden makuuchi title at the Kyushu grand tournament in November 2018 as a komusubi.

The 24-year-old was also among the leaders at the previous meet until Day 13 and finished with a 12-3 record, one win behind first-time winner and newly-promoted ozeki Shodai.

Lingering injuries to grand champions Hakuho and Kakuryu, spotty performances from wrestlers in the three "sanyaku" ranks below yokozuna and irregular training conditions brought on by the novel coronavirus pandemic have opened the door for some surprise champions this year.

Shimanoumi, who made his top-division debut in May 2019, is looking to become the third No. 17 maegashira to capture the Emperor's Cup this year, following Tokushoryu in January and Terunofuji in July.

Tokushoryu, who went 14-1 at the New Year meet, was the first bottom-ranked wrestler to win a makuuchi title since Takatoriki in March 2000.