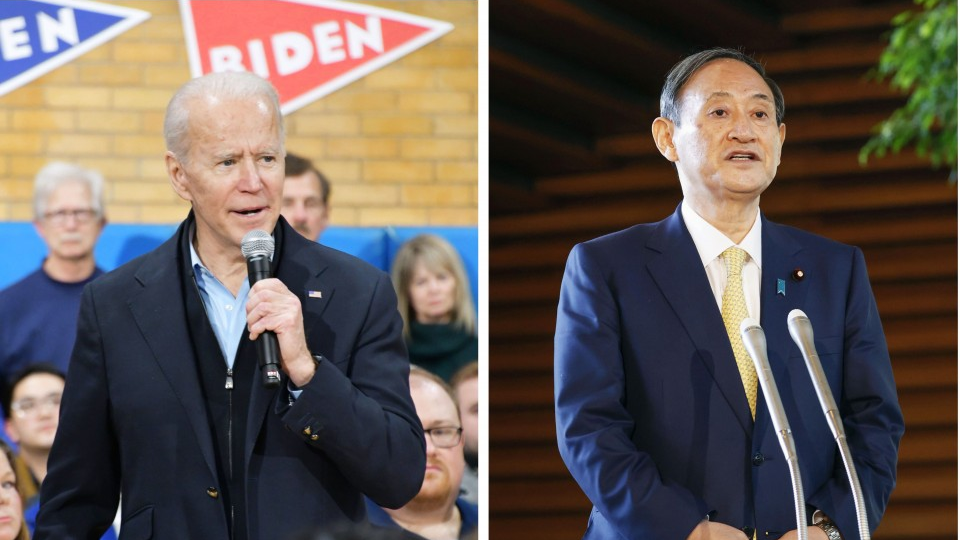 The comments on the Senkaku Islands drew a swift rebuke from Beijing, which claims them as its own territory.

Holding phone talks for the first time, Suga and Biden agreed to strengthen their countries' alliance, with the prime minister congratulating Biden on winning last week's election against incumbent President Donald Trump and conveying his desire to cooperate to realize a "free and open Indo-Pacific" region.

"The alliance is crucial amid the increasingly difficult security environment surrounding Japan, as well as for the peace and prosperity of the international community," Suga told reporters following the roughly 10-minute conversation.

Biden "underscored his deep commitment to the defense of Japan and U.S. commitments under Article 5," his team said in a statement, with Japanese officials saying he specifically mentioned the Senkakus, which China calls Diaoyu.

The clause in the 1960 Japan-U.S. security treaty obligates Washington to respond to armed attacks on territories under Japan's administration. Roughly 55,000 American troops are stationed in the country, ready to respond to contingencies in the region.

China often sends coast guard ships near the islands, which sit in rich fishing waters and, potentially, on top of large oil and gas reserves, in an attempt to assert control.

The security treaty is a "product of the Cold War" that "should not harm the interests of third parties and endanger regional peace and stability," he said.

Biden served for eight years as vice president under Barack Obama, who in 2014 became the first U.S. president to publicly state that the Senkakus were covered by Article 5.

Suga is seen to be eager to establish a relationship with Biden, who will become commander-in-chief of Japan's key security ally at a time of growing Chinese maritime assertiveness and concerns over North Korea's nuclear weapons program.

The prime minister said he asked for support for Japan's efforts to retrieve citizens abducted by North Korean agents in the 1970s and 1980s.

The two also agreed to work together to tackle global issues including COVID-19, which has killed more than 1.2 million people around the world, and climate change, Suga said.

Biden has vowed to bring the United States back into the Paris Agreement on curbing greenhouse gas emissions, and he and Suga are both aiming to make their countries carbon neutral by 2050.

Suga said he agreed with Biden to meet in person "as soon as possible," with government sources saying the prime minister is likely to visit the United States after the president-elect takes office on Jan. 20.

Biden has already held phone talks with a number of world leaders including those from Britain, Canada, France and Germany. On Thursday, he also spoke with Australian Prime Minister Scott Morrison and South Korean President Moon Jae In.

Trump, however, is contesting results in several states and has yet to concede.

Suga on Sunday tweeted his congratulations to Biden and running mate Kamala Harris, who will become the first female U.S. vice president, joining other world leaders in recognizing their win as legitimate. 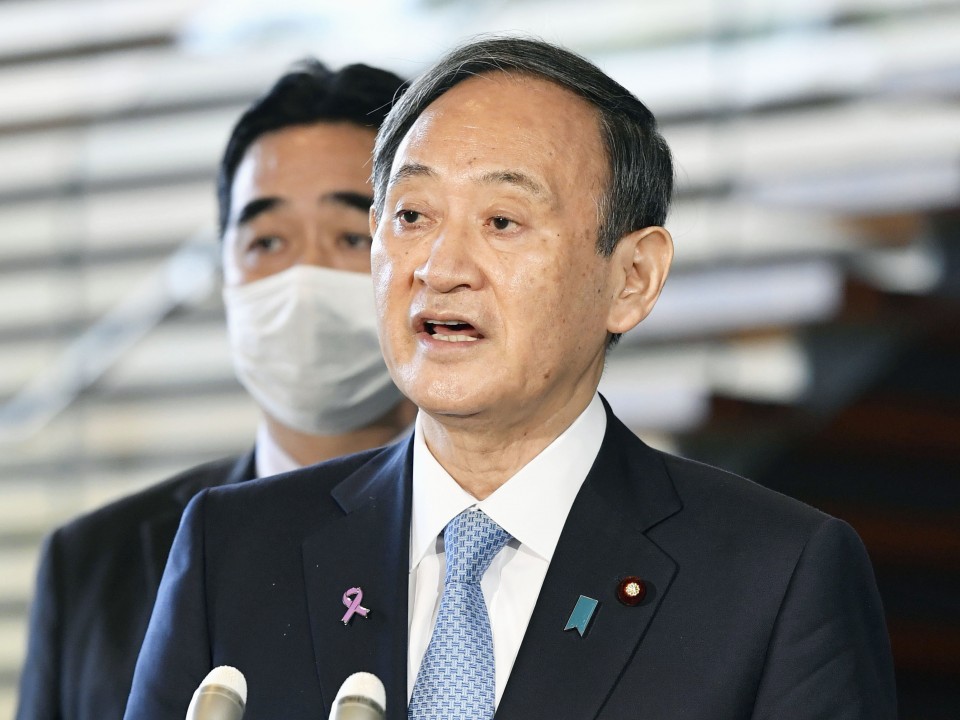