Japan and the United States will launch formal negotiations later this week in Washington on a cost-sharing agreement for Tokyo's hosting of American troops, the Japanese government said Tuesday.

With the current five-year deal expiring at the end of fiscal 2020 next March, the two sides need to agree on a new budget from April 2021 for hosting the around 55,000 U.S. military personnel stationed in Japan under the bilateral security alliance. 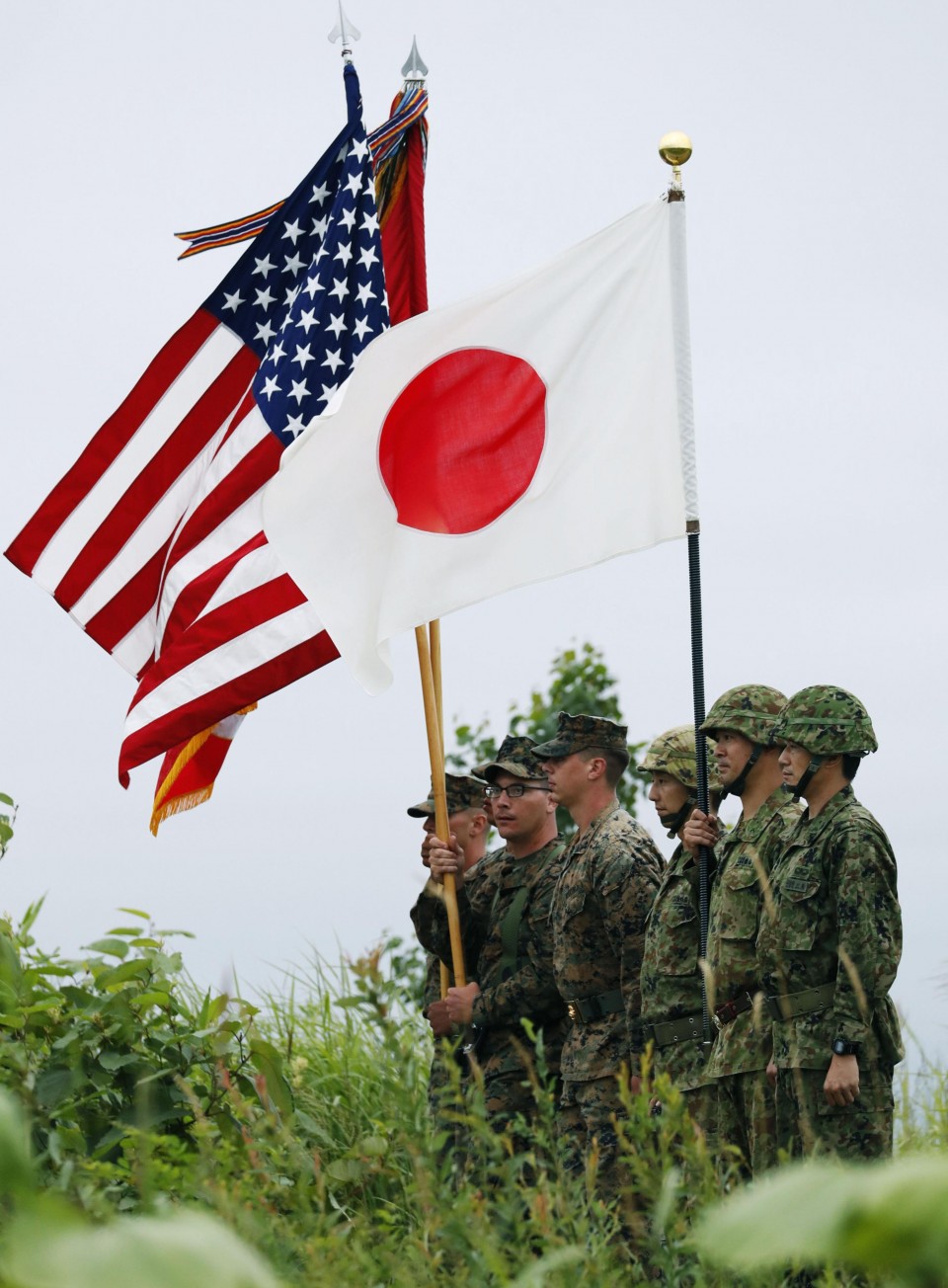 The national flags of the United States and Japan are held up during a ceremony to start a joint drill between the U.S. Marine Corps and Japan's Ground Self-Defense Force at an exercise area in Hokkaido on Aug. 10, 2017. (Kyodo) ==Kyodo

While incumbent U.S. President Donald Trump has criticized the alliance as one-sided and indicated Japan should contribute more, President-elect Joe Biden may ease pressure on Tokyo to significantly increase its burden with his focus on collaborating with allies, some political observers say.

"We will appropriately engage in the negotiations by taking into account the increasingly stringent regional security environment and our fiscal situation," Defense Minister Nobuo Kishi told a press conference.

As Japan plans to finish drafting its initial budget for fiscal 2021 by the end of December, the two countries may opt to sign a tentative one-year deal instead of the usual five-year arrangement, a source close to the matter said earlier.

Japan has paid nearly 200 billion yen ($1.9 billion) annually in so-called host-nation support, which covers utility and labor costs for U.S. bases as well as outlays for relocating training exercises away from populated areas.

Under the postwar security treaty, American troops stationed in Japan are tasked with responding to contingencies in the region as well as helping defend against an armed attack on the country.