Race-favorite Almond Eye captured a record ninth turf Grade 1 victory on Sunday in the 40th running of the Japan Cup, her final race before retirement.

In the first head-to-head matchup between three winners of the Japanese Triple Crowns for colts and fillies, Almond Eye, the 2018 fillies champion, beat out this year's champs, 3-year-old colt Contrail and 3-year-old filly Daring Tact, who both suffered their first career defeats.

With Christophe Lemaire aboard, the 5-year-old mare got off to a fast start and took a strong position along the rail with second-favorite Contrail as they stalked runaway leader Kiseki.

In the final stretch of the 2,400-meter race held at Tokyo Racecourse, Contrail broke first and jetted past Kiseki but could not hold off Almond Eye. 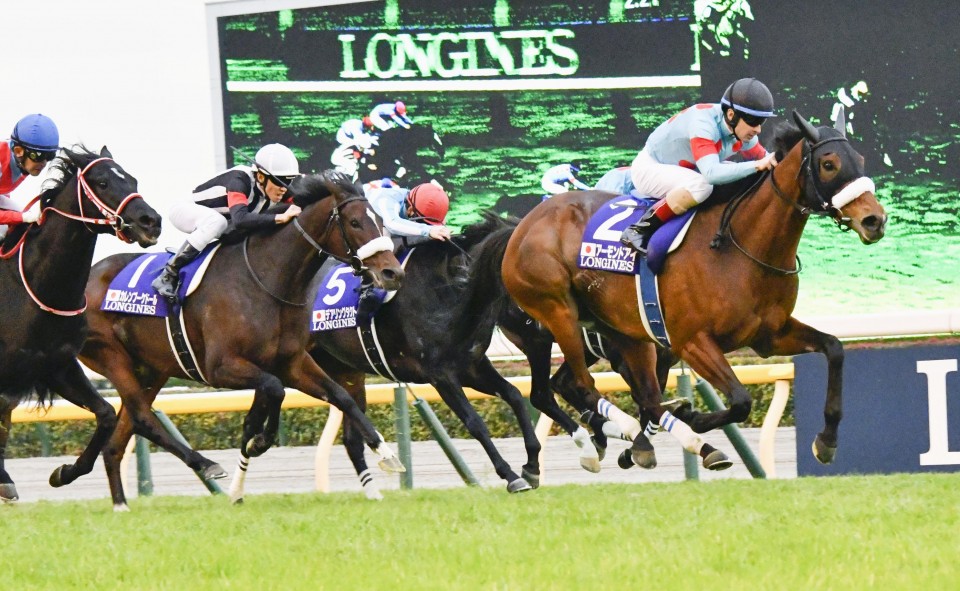 "She reminded us all what a great champion she is by winning yet another G1 race," Lemaire said. "What pleases me the most is that she goes into retirement having run her final race without incident."

"This mare is a true professional. She never gave me a second of anxiety today. Whatever I asked her for, she delivered. She is Japan's strongest horse, and I'm filled with gratitude toward her."

Almond Eye won by more than a length in 2 minutes, 23 seconds. Contrail finished a neck ahead of Daring Tact, who edged out fifth-favorite Curren Bouquetd'or by a nose.

"Every time I get to ride Almond Eye is special," Lemaire said. "Today, for her retirement race, it was even more special."

Lemaire had cried after riding the mare to her eighth turf G1 win, a record for a Japan-bred horse that included one win abroad, at this month's Autumn Tenno-sho, but there were no tears this time.

"Last time there was a record on the line, and there was so much pressure, that winning was a huge relief," the jockey said of his Tenno-sho display.

"This time was a sayonara party. That's the difference."