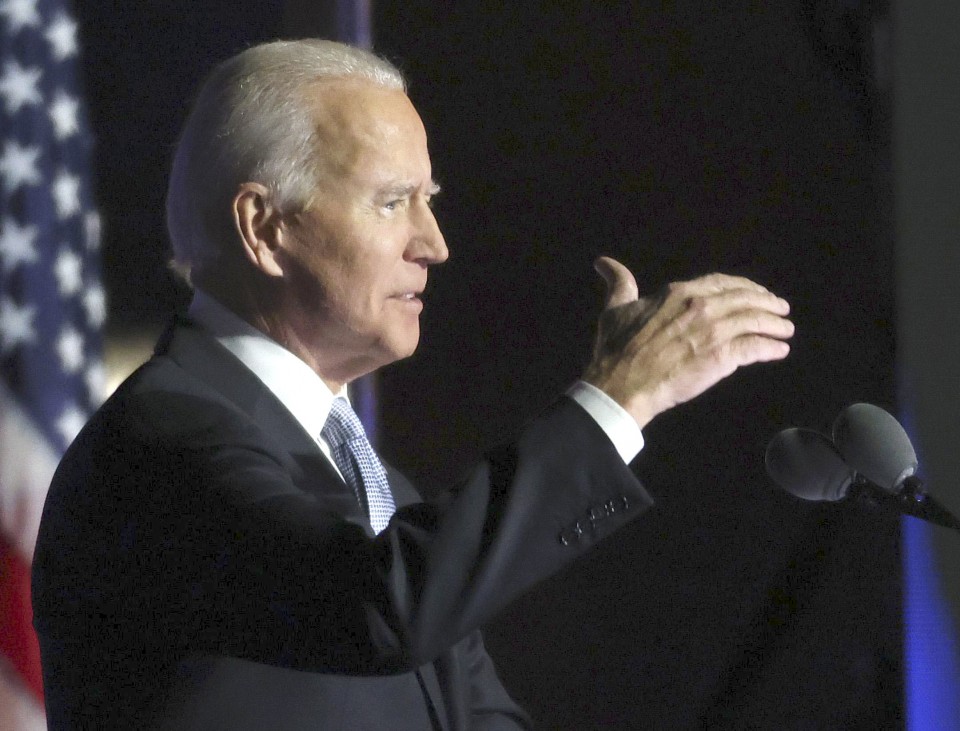 Democrat Joe Biden on Saturday declared victory in the race for the White House, setting the stage for an end to Republican Donald Trump's four years in office that have roiled the country and world through his unilateral "America First" policy and divisive rhetoric.

The tight presidential contest took days to call after polls closed Tuesday night, with the vote-counting process complicated by massive numbers of ballots cast by mail amid the coronavirus pandemic. The 74-year-old incumbent, alleging fraud, has refused to concede in the race.

Addressing the nation for the first time after media projected him as winner, the 77-year-old former vice president under Trump's predecessor Barack Obama said voters delivered him a "convincing" victory and called for unity in a country that has seen a partisan rift deepen in the midst of the pandemic and heightened racial grievances.

Trump, meanwhile, continued his campaign to delegitimize the election result, claiming without clear evidence that massive voter fraud had taken place through mail-in ballots, which have proved to favor his Democratic rival.

"The simple fact is this election is far from over," he said in a statement, citing his push to challenge the results of states with tight races. "I WON THE ELECTION," he later tweeted.

Tuesday's election has been closely watched as one of the most consequential in modern U.S. history, with the potential for lasting impacts on alliances, multilateralism and international organizations -- all of which Trump's critics say have been undermined over the past four years.

Biden is now on track to be sworn in on Jan. 20 as the 46th president of the United States, with a mandate to restore U.S. global leadership, contain the virus outbreak and achieve economic recovery from the pandemic setback.

Biden will be the oldest ever U.S. president at the time of inauguration at the age of 78. His running mate Sen. Kamala Harris, 56, will become the country's first female, first black and first Asian American vice president.

Speaking before Biden, Harris, a California senator, told the crowd of supporters, "You ushered in a new day for America...You chose hope and unity, decency, science and yes, truth. You chose Joe Biden."

As a slew of reports declared the winner before noon, crowds of Biden supporters near the White House and in cities across the country erupted in cheers, with drivers honking car horns to join in on the spontaneous demonstrations of joy. Trump was at his golf club at the time.

While Biden has won over 74 million popular votes, more than any other president in U.S. history, some election experts acknowledged that he did not perform as well as earlier polls indicated.

Biden was locked in a neck-and-neck battle with Trump, but managed to capture the 270 electoral votes necessary to take the White House after winning Michigan, Wisconsin and Pennsylvania, key battleground states that had flipped to Trump in 2016. 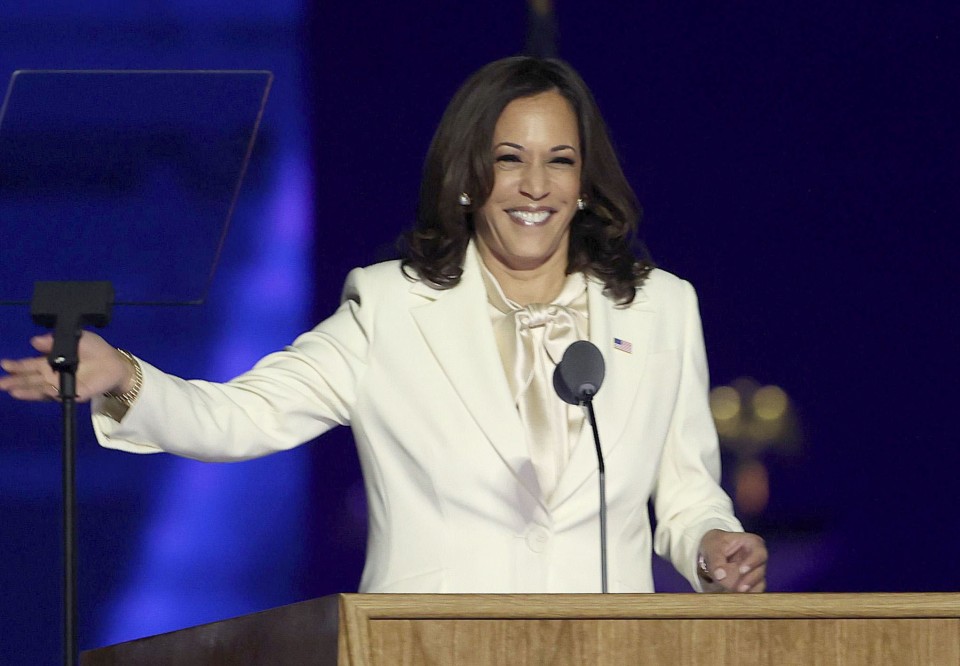 During campaigning, Trump claimed credit for the strength of the pre-pandemic economy and for being tough on China, which he blamed for stealing U.S. jobs and spreading the virus.

But he has faced public distrust over his handling of the health crisis, as he consistently downplayed the threat of COVID-19, the coronavirus-caused respiratory disease that has now killed more than 237,000 people across the country.

Trump, a real estate developer-turned-reality TV star who had never held public office before, was sworn in as president in 2017 following a stunning victory over former Secretary of State Hillary Clinton in the 2016 election.

His leadership style has been unconventional, flouting diplomatic and political norms while decrying the mainstream media as "fake news." He is a prolific user of Twitter, both for direct communication with the public, including his enthusiastic supporters, and to make bombshell announcements on policy and other issues.

Under the banner of putting America's interests first, Trump pulled the country out of international agreements, implemented protectionist trade measures and pressured allies in Asia for not paying enough of the costs associated with hosting U.S. troops in their countries.

He scored some trade victories, such as by sealing a bilateral trade pact with Japan and revamping the North American free trade agreement, often blamed for job losses as companies relocated their plants to Mexico for cheap labor.

He became the first sitting U.S. president to hold a summit with a North Korean leader, but little progress has been seen toward ridding Pyongyang of its nuclear arsenal.

His often erratic and provocative behavior has resulted in diplomatic friction including with some of the United States' closest allies. Trump has also deepened division in U.S. society with his controversial tweets and remarks on racism, immigration and protests.

He has now become the first elected U.S. president to lose a re-election bid since Republican George H.W. Bush in 1992.

Biden, whose political career spans nearly half a century, including his two vice-presidential terms under Obama through January 2017, has been seen as a steady hand who will bring what some experts call "normalcy" back to the White House.

Slamming Trump's failed leadership over the pandemic, the former vice president has emphasized that he is ready to bring the outbreak under control. He also plans to invest heavily in a clean-energy economy to tackle climate change and create jobs.

On the diplomatic front, he has pledged to reverse some of Trump's major policy decisions, including the country's withdrawal from the Paris climate accord and the World Health Organization.

He is also seeking to strengthen alliances with countries including Japan and South Korea, and to work with allies and partners to address China's alleged unfair trade practices and other behavior deemed as going against international rules. 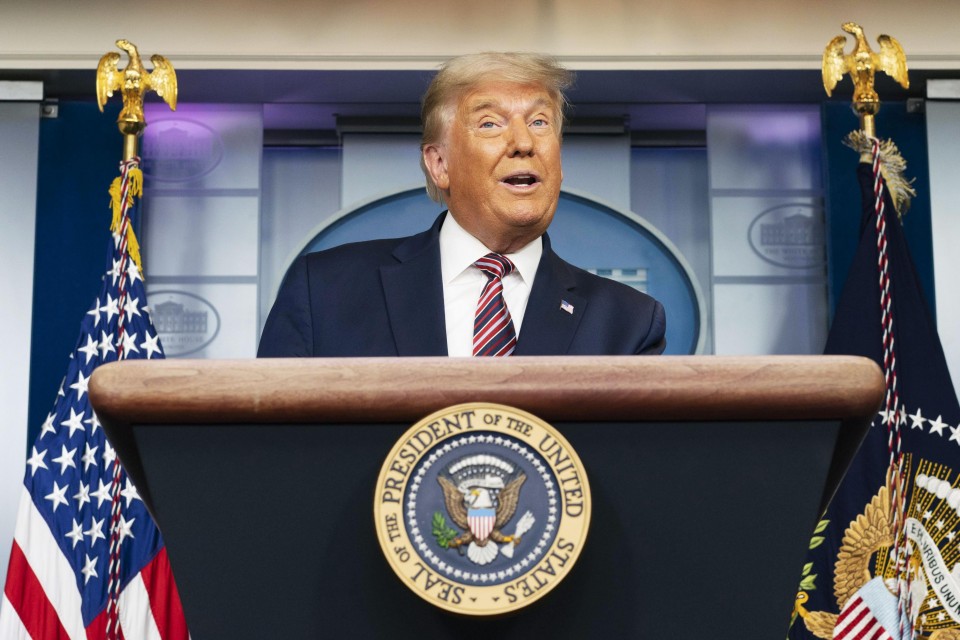 President Donald Trump makes a statement in the Brady Press Briefing Room at the White House in Washington on Nov. 5, 2020. (UPI/Kyodo)

PROFILE: Harris known as trailblazer during her career as prosecutor, senator 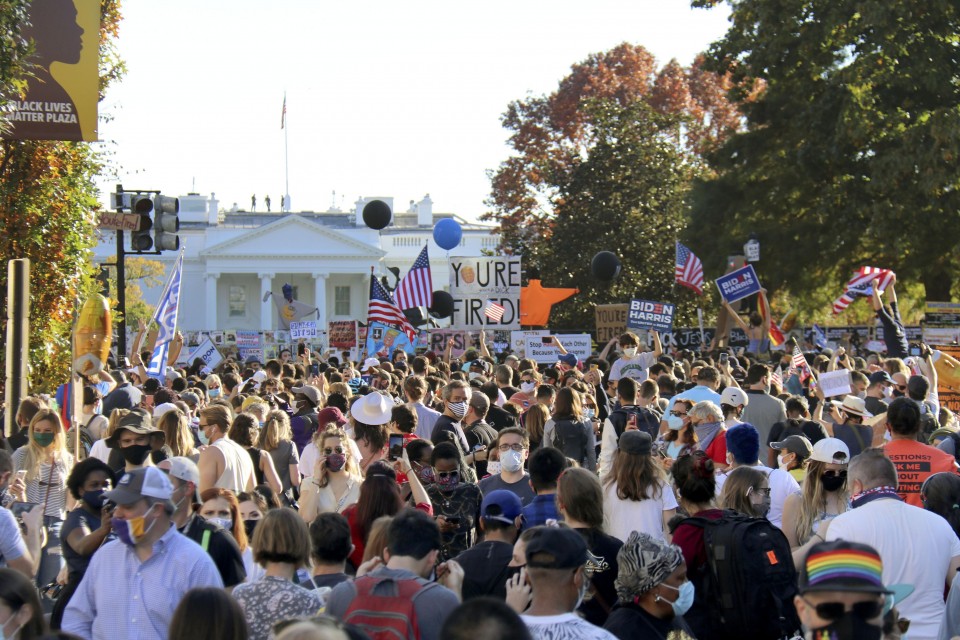 People celebrate Joe Biden's victory in the U.S. presidential election on Nov. 7, 2020, in front of the White House in Washington. (Kyodo) ==Kyodo 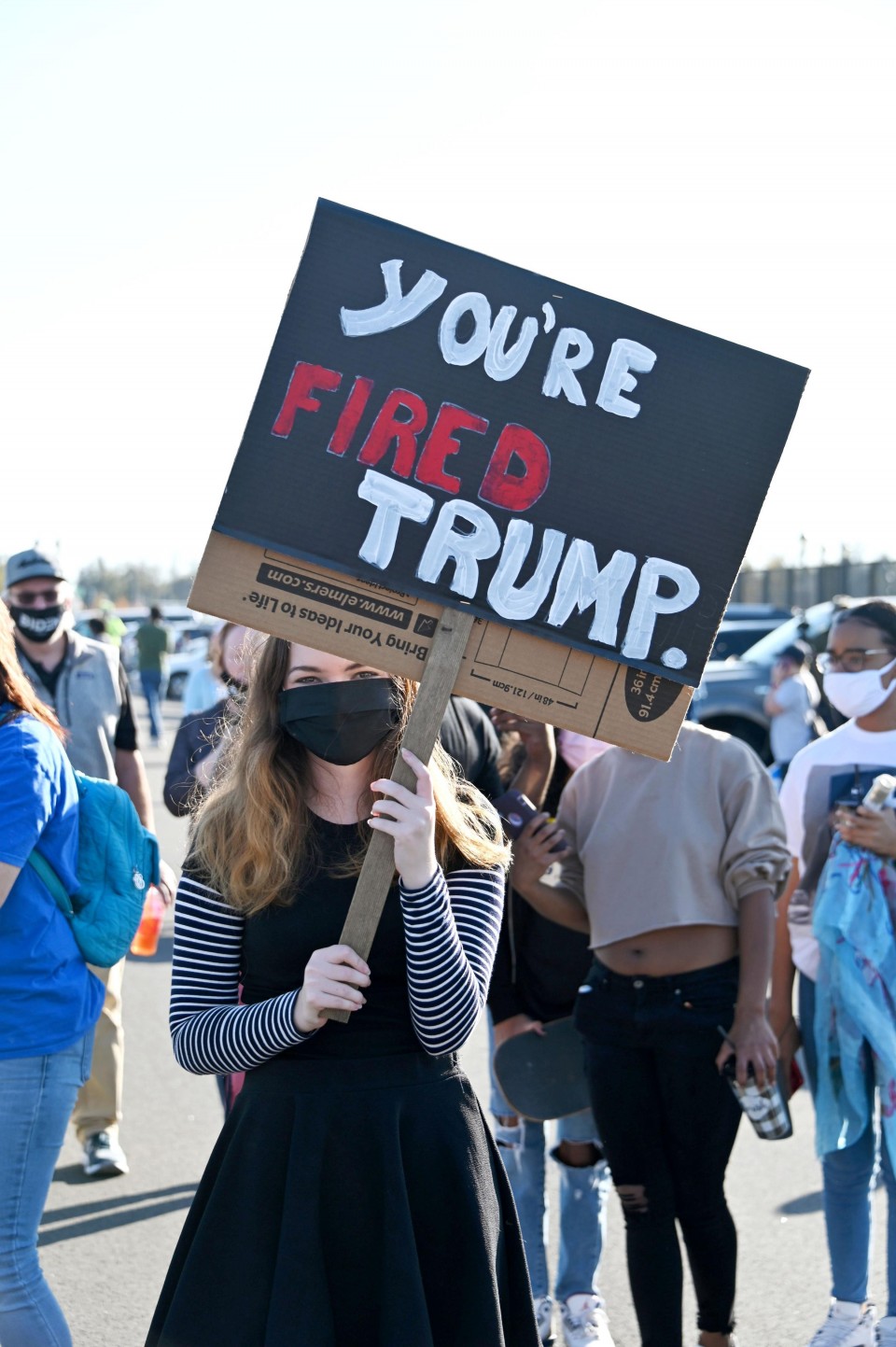 A supporter of Joe Biden holds up a sign near the venue of his speech in Wilmington, Delaware, on Nov. 7, 2020. Biden declared victory in the U.S. presidential election the same day. (Kyodo) ==Kyodo