Japan and the United States held negotiations in Washington on the cost-sharing agreement for Tokyo's hosting of American troops, the Japanese government said Wednesday.

The two-day talks through Tuesday marked the start of full-fledged negotiations on Tokyo's new budget from April 2021 for hosting the around 55,000 U.S. military personnel stationed in Japan under the bilateral security alliance, as the current five-year deal expires next March. 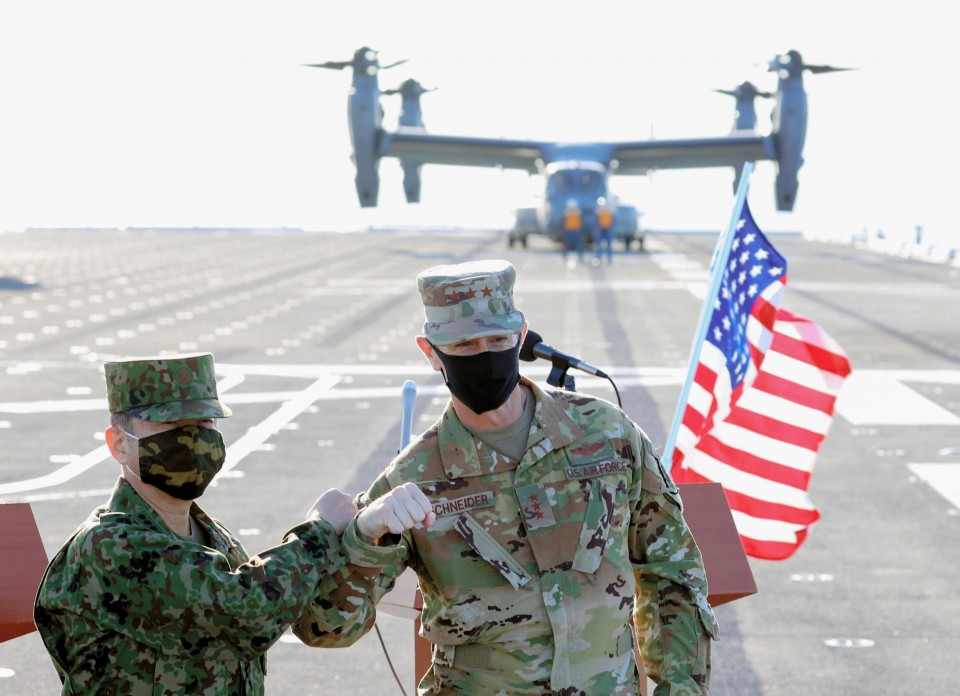 The two sides said costs shouldered by Japan have "played an important role for ensuring the smooth and effective activities" of U.S. forces in the country and affirmed "the importance of further enhancing the strong solidarity" of the alliance.

They said they "look forward to a mutually beneficial outcome," according to statements released by both governments. The formal negotiations were preceded by working-level preliminary talks via videoconference in October.

While incumbent U.S. President Donald Trump has criticized the alliance as one-sided and indicated Japan should contribute more, political observers said President-elect Joe Biden may ease pressure on Tokyo to significantly increase its burden as he focuses more on collaborating with allies.

As Japan plans to finish drafting its initial budget for fiscal 2021 by the end of December, the two countries may opt to sign a tentative one-year deal instead of the usual five-year arrangement.

"Given they will transition to the Biden administration, it is unlikely we will agree on five full years," said a senior official of the Japanese government.

Under the postwar security treaty, American troops stationed in Japan are tasked with responding to contingencies in the region as well as helping defend against an armed attack on the country.